NEW YORK CITY, August 6th 2013—FineTobaccoNYC is pleased to sponsor the “Summer Smoker” on August 15th at 8:00PM at the iconic Carnegie Club. The event follows on the heels of Straight Up & Toasted, hosted by FineTobaccoNYC in conjunction with The Carnegie Club and Reinado Cigars.

“Summer Smoker” will feature a complimentary cigar and spirits pairing, live music, give-aways, and all of the amenities that come with one of New York’s most respected cigar bars. The event will feature cigars from La Hoja Cigar Co. and spirits from a special sponsor to be announced. The Nick Palumbo Trio will play live swing music while New York City cigar smokers enjoy the bold and complex notes of fine tobacco and aged spirits.

The event is free and open to the public. Dress code prohibits shorts and sandals and will be enforced. To receive invites to FineTobaccoNYC events, subscribe to the event mailing list. 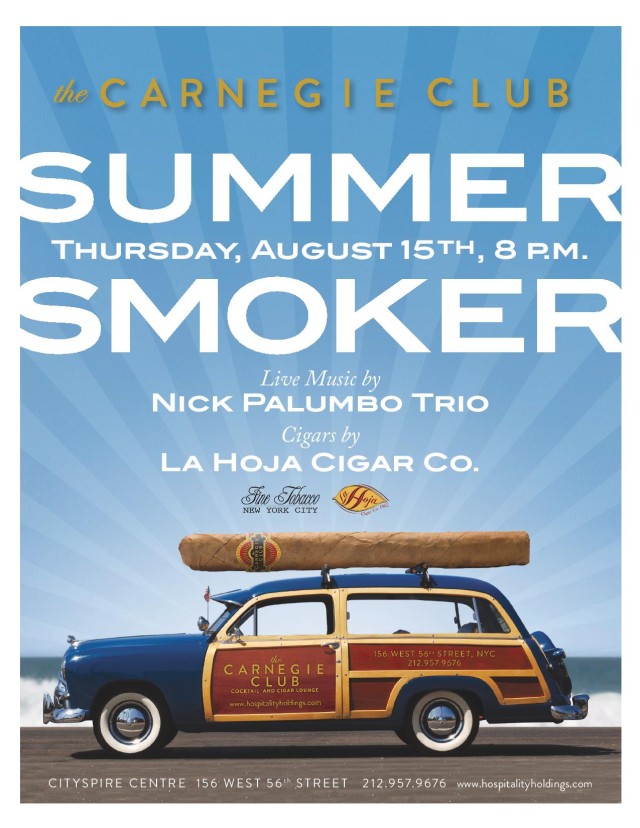