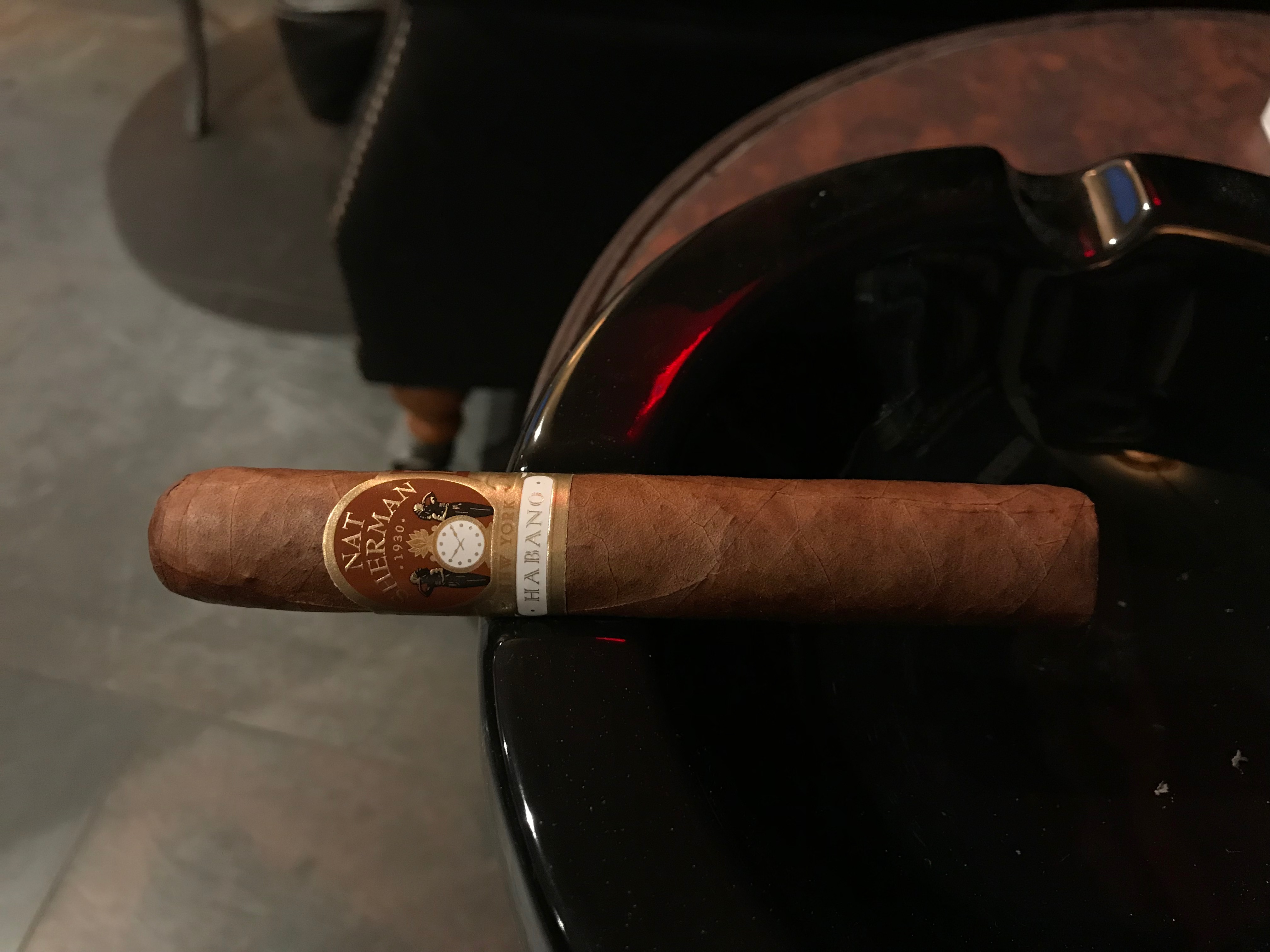 I have never in all my (albeit limited) years smoked a Nat Sherman I didn’t like, so when Matthias asked me for my thoughts on the Metropolitan Habano, I was psyched, having enjoyed a robusto around the time the line was first released. The Metropolitan Habano is a part of Nat Sherman’s noble endeavor to achieve the perfect middle ground cigar: a medium-strength cigar with as much flavor per puff as your average maduro. Since we’re dealing with a thicker cigar that is more filler and less wrapper here, that’s going to be a challenge…

True to its maker, this Metro sports a Nat Sherman’s signature look: the juxtaposition of the gilded gold and brown art deco label against its natural, unpolished body makes for an appealingly unusual look of refined ruggedness. The wrapper has a relatively rough texture with a couple of visible seams and sports a natural, earthy and musky cold note. The body is packed right to the brim with filler tobacco, yet it’s also satisfyingly cushiony, ensuring that the humidity level is just right.

The Metro gets an excellent start on its mission of balance by coming in firmly with a note I hadn’t tasted before: dark cedar. It’s flavorful, but it’s not so strong that it knocks me out of my Barclay Rex chair (not in that way, anyway). The draw starts out mildly constricted, it’s texture is quite musky, though again, without being heavy-handed. This makes every single puff all the more wholesome and satisfying. Mind you, I haven’t yet mentioned the thick and silky smoke clouds that every puff produces. This combination is topped off by a tingly spice undertone that resides both in the draw and in the retrohale. 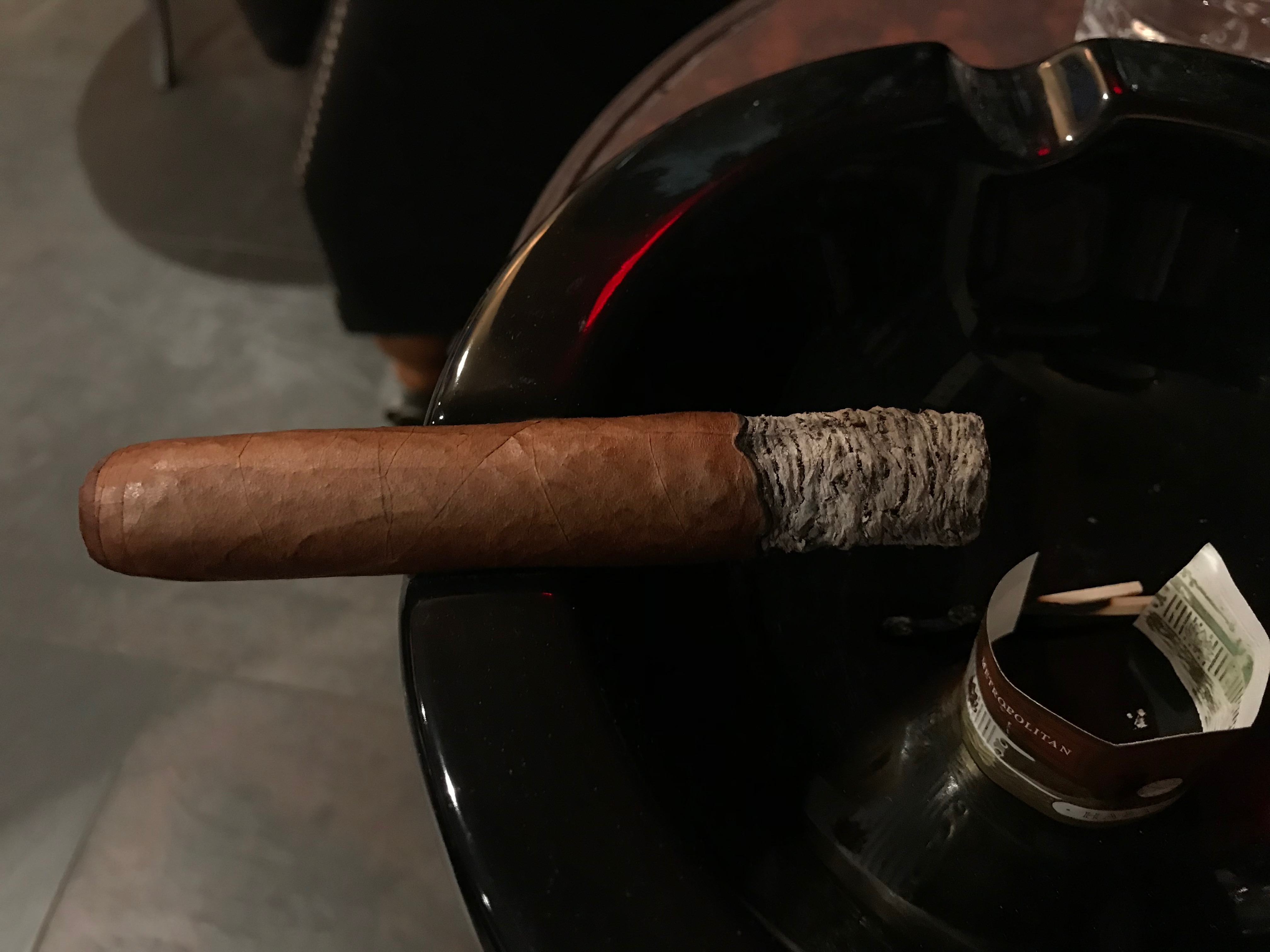 The spicy undertone in the background is joined by a hint if sour wood around the time the second third begins. Not long afterward, the draw is supplemented with a sweet touch of nutmeg that compliments the dark cedar excellently as the spice retreats from the retrohale. The Metro burns with some slight inconsistencies here and throughout but these ultimately require no manual maintenance; the Metro proves itself capable of correcting itself. The ash displays great structural integrity; holding strong and steadily well into the final third. 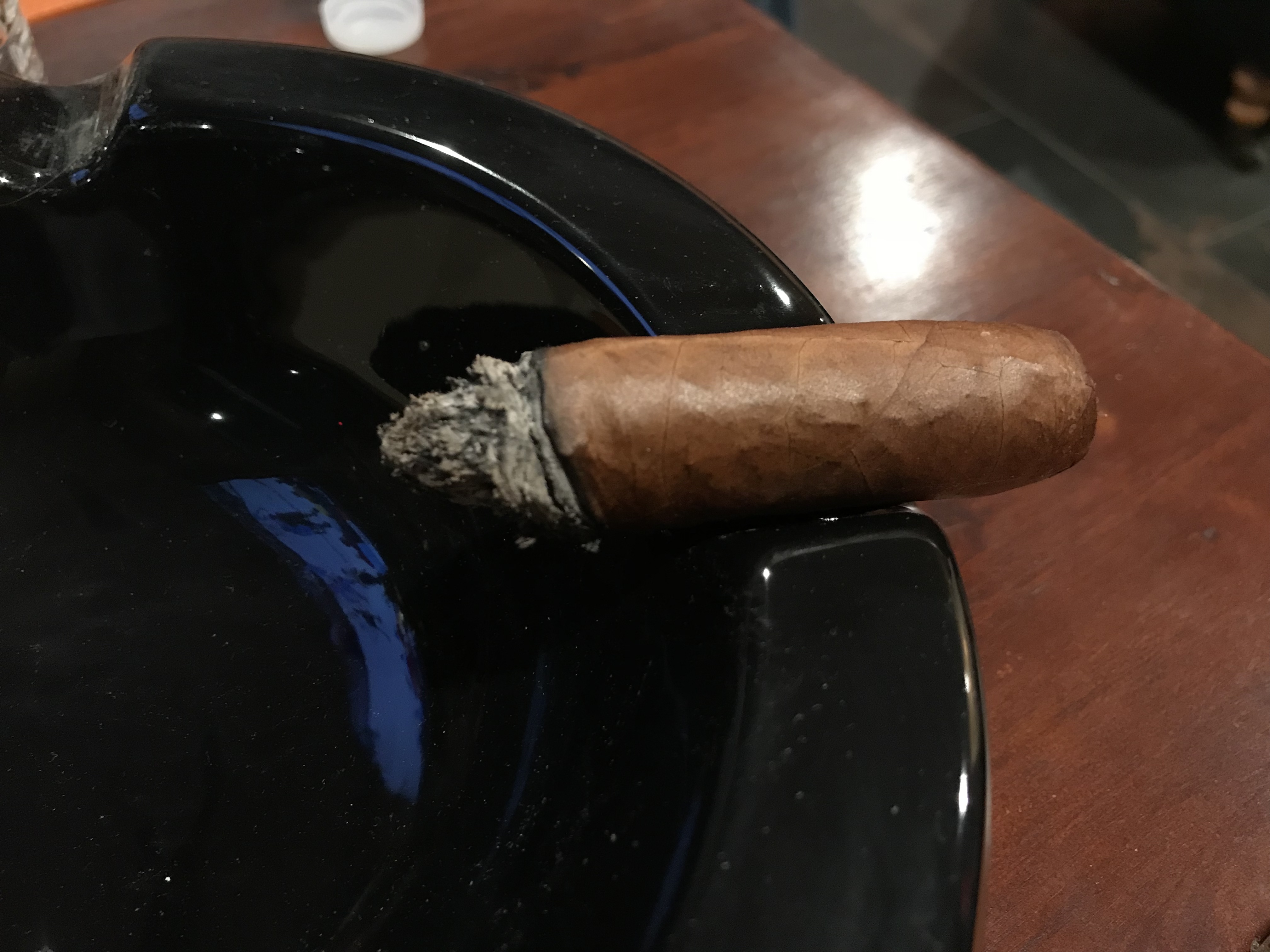 The final third, or the Point of Convergence, as I like to call it, begins with the spice returning back to the retrohale as the dark cedar that had so consistently dominated the foreground morphs into an even richer note of woody steak, again complimented by the sweet nutmeg and spice that remain in the background. In spite of a draw that remains as mildly constricted at the end as it did in the beginning, the converging flavors still manage to shine through. Finally, after a solid hour and a half, the Metro comes to a satisfyingly flavorful end. 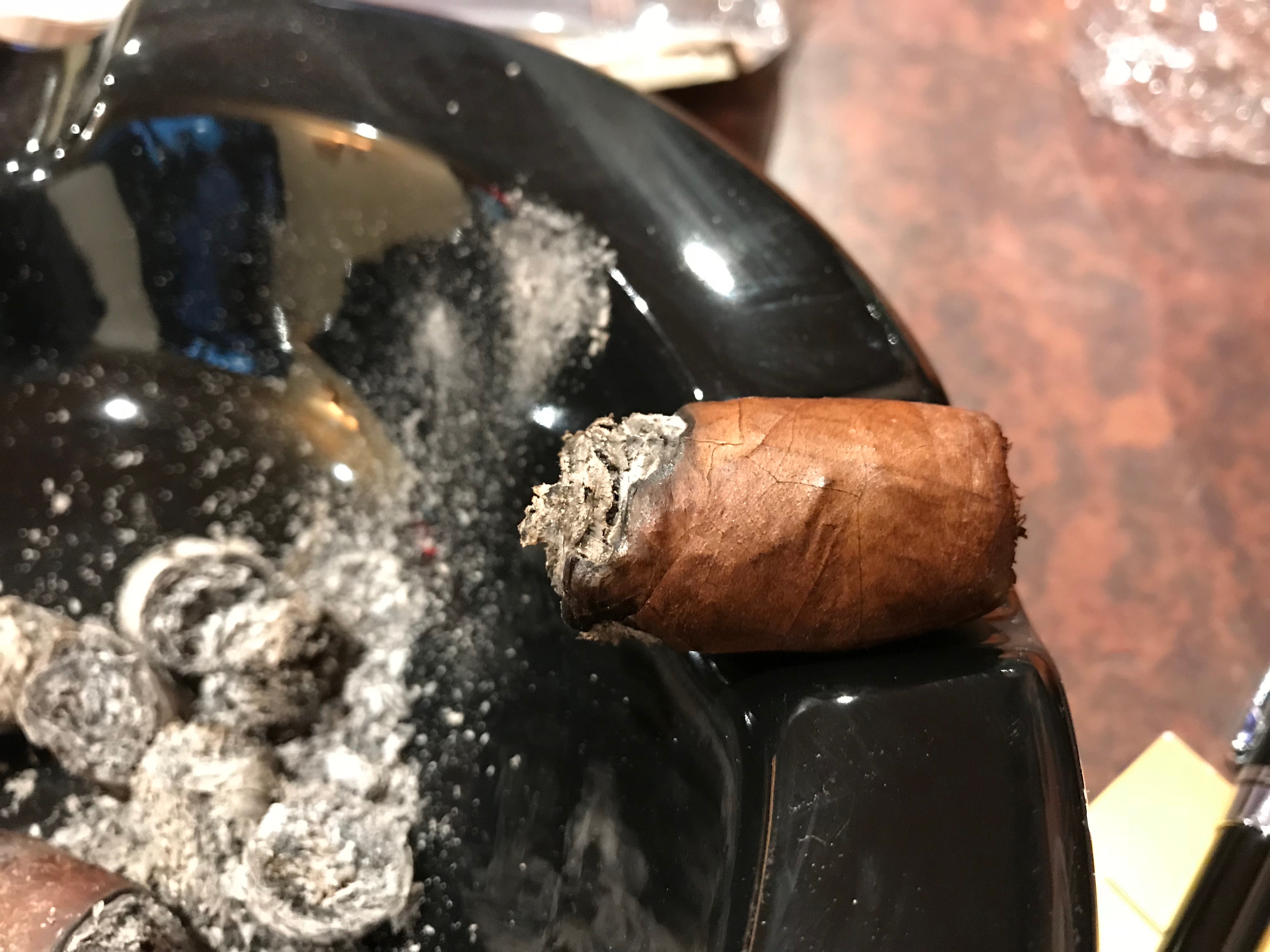 I’m the kind of guy who prefers medium gauge cigars because I think they generally have the best flavor profile by achieving the right ratio between filler and wrapper. That being said, I was particularly and pleasantly surprised at just how much dynamic flavor this thick Metro toro had to offer. The constrictive draw did inhibit the Metro from reaching its full potential, but even that could only do so much to keep the flavors at bay. As such, for those who prefer a bigger gauge and long to enjoy an habano filled to the brim with flavor, this cigar is most certainly for you.

Charlie Freeman was born in Atlanta, Georgia; his mother is from Greenwich Village and is one-quarter Spanish Cuban. Thus tobacco and New York City were in his blood from the beginning, despite his refusals to indulge in either of them in his earlier years. He was first exposed to cigar culture after moving to New York in 2011. He has been advocating the art of fine tobacco smoking ever since, and he currently works at Ash Fine Cigars in Hoboken, NJ. In addition to his interest in tobacco, Charlie is a semi-fluent spanish speaker, an amateur swing dancer and musician, specializing in guitar, vocals and keyboards.
« Plasencia Cosecha 146 Review» Sans Pareil Purple Belicoso Review