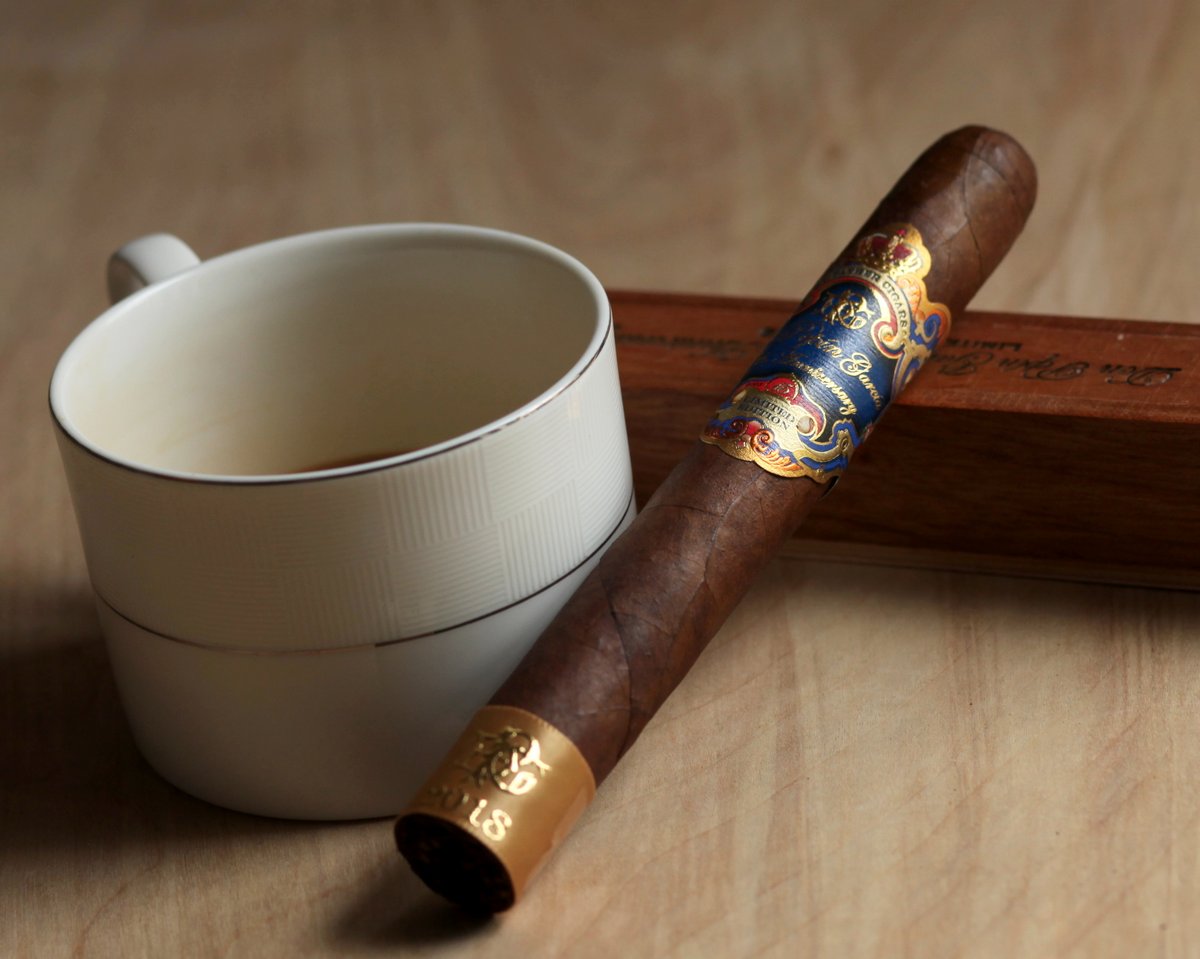 Up for review today is a limited edition blend from Don Pepin Garcia, the Don Pepin Garcia 15th Anniversary toro. This cigar is one of many limited edition cigars released by the company over the last few years. The LE 2018 cigar commemorates the opening of Garcia’s factory in Miami, and comes at a price of $20 for the robusto and $24 for the toro. Certainly not cheap cigars, with the price reflected in the 3-year aging of the cigar’s tobaccos and the impressive unboxing experience that comes with each cigar being sold in individual coffins.

The Habano leaf on the Don Pepin Garcia 15th Anniversary toro is a rich, marbled brown, with no major veins or cracks. It has very little texture, but quite a lot of oil covering it.  The branding is, as you can see, pretty spectacular. The cigar comes in individual coffins and sports one large, gold, red, and blue band. If the goal was for the cigar to look celebratory (and it undoubtedly was), then the team got it right.

Taking a whiff off the foot, I pick up notes of dry cedar and coffee beans. The pre light draw is extremely flavorful, with lots of fine ground white pepper, sweet granola, and earth. 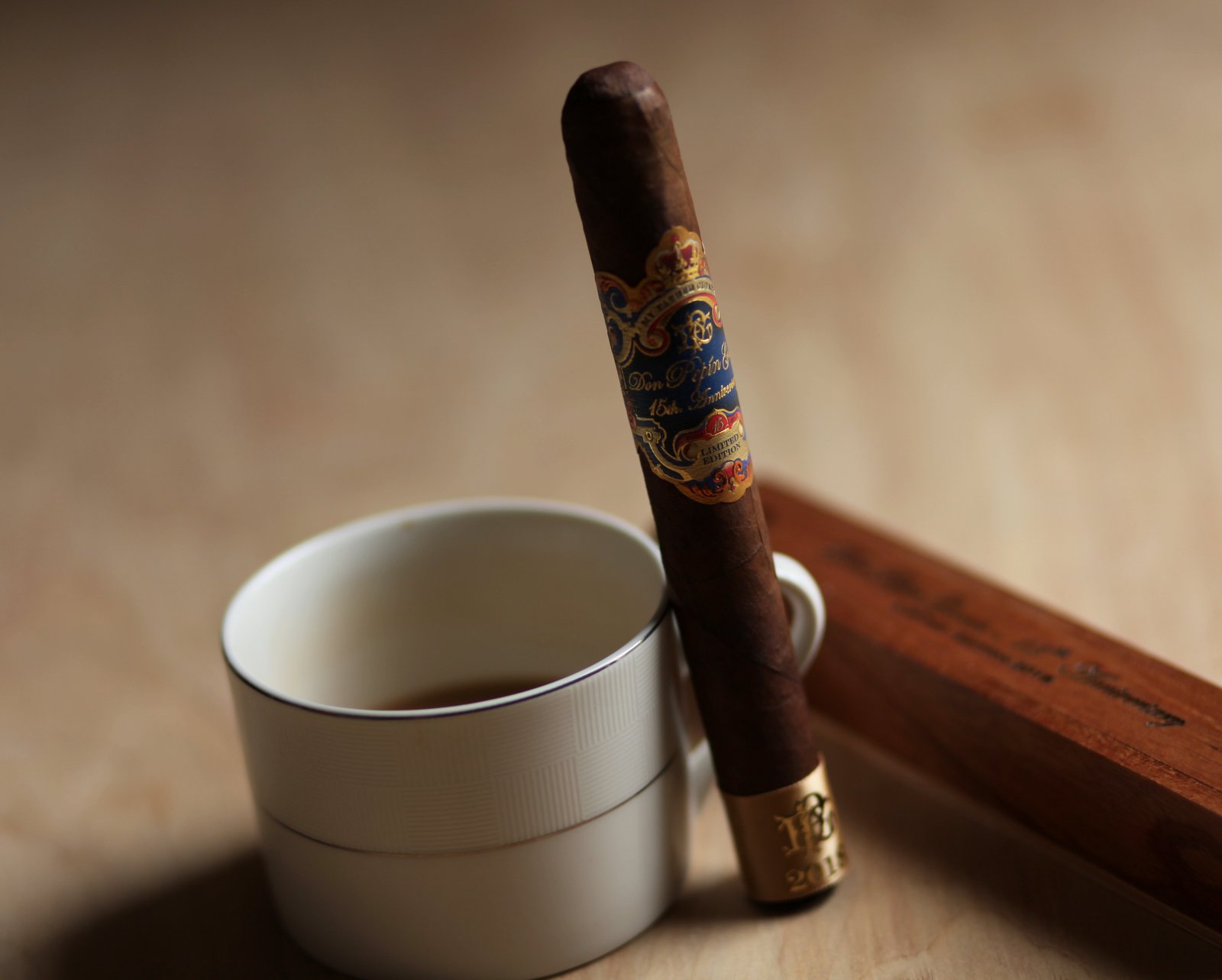 The Don Pepin Garcia 15th Anniversary Limited Edition opens with a refined and moderately toasty medium bodied flavor profile. The cigar produces ample smoke, with primary notes of dark chocolate, almonds, dry cedar, floral, and a creamy finish. There’s also a lot of white pepper on the palate and on the retrohale. By the end of the first third, I’m really enjoying the cigar. Strength-wise, it’s definitely well below what I had assumed would be a full bodied knock em/sock em profile.

As the cigar progresses to the end of the first third, the burn becomes a bit wavy, with a mostly white ash. Strength and body drop down a touch to the bottom reaches of medium bodied.

In the second third, like clockwork, the strength ramps up a bit, and the profile shifts markedly. The dry cedar note shifts to a softer, more concentrated oak. Alongside that is a dark, fruity note kind of like cherry. Construction remains great, and smoke production increases as well, making for an enjoyable smoking experience.

As the cigar burns through the final third, body and strength increase to full. Unfortunately, the flavor profile doesn’t maintain balance, particularly the spice and pepper notes which are overwhelming. A few minutes later in the final inch, the smoke heats up quite a bit, providing a good opportunity to set the cigar down.

The Don Pepin Garcia 15th Anniversary Limited Edition Toro is a good limited edition cigar to pursue, particularly if you are a fan of Don Pepin blends. For most of the smoking experience, it performs with finesse and complexity, but can’t seem to maintain consistent balance. The final third left much to be desired in this respect.

For that reason, though I can recommend purchasing this cigar as a piece of cigar history, this blend doesn’t capture a stellar rating.

Brand evangelist, digital marketer, cigar and spirits expert specializing in consumer tasting and educational events. Matthias made the long trek from his hometown of Portland, Oregon to New York City in 2007, and in nine years has hosted more than 120 events and helped promote and launch dozens of cigar and whiskey brands in the U.S. In 2016, he joined the Cigar Journal Tasting Panel, blind-reviewing pre and new release cigars.
« Limited Edition La Instructora Review» Gran Habano Corojo #5 Robusto Review