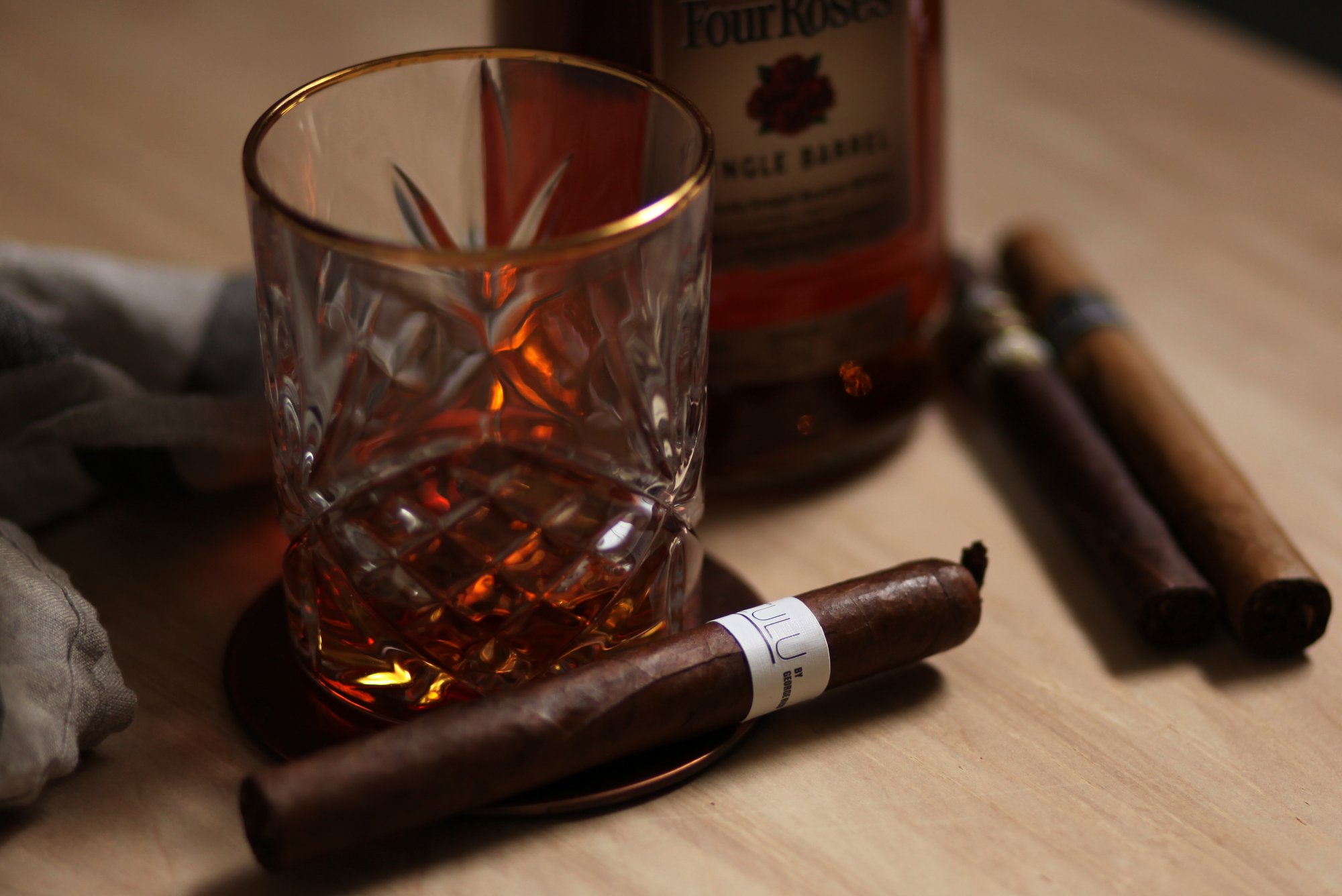 Up for review today is the Zulu Zulu White by Gran Habano Cigars and master blender George Rico. The Zulu Zulu project itself has been around since 2011, though its branding has been updated considerably in recent years. Both the Zulu Zulu Black and Zulu Zulu White both feature eye-catching primary bands, as well as an outer wrapping featuring custom artwork which I unfortunately didn’t capture on the photos here. For those curious, you can see the artwork here.

With that background out of the way, let’s get on to the review, shall we? 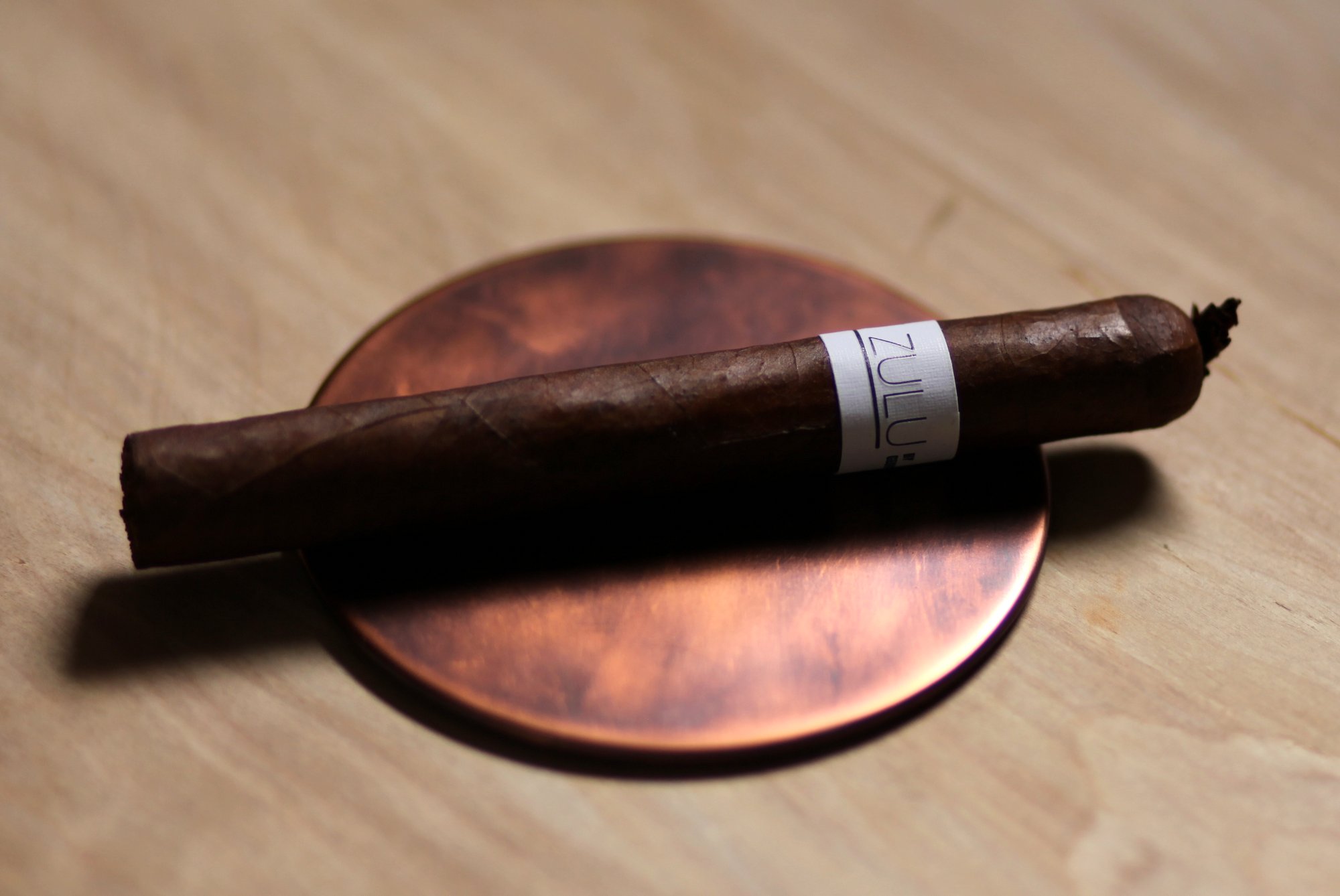 The first thing I notice about this cigar is the the thick, minimalistic white band. Not only is it eye catching, it also lends a sophistication to the cigar that many much gaudier bands don’t. The outer habano wrapper is dark brown and oily, with a few noticeable veins.

When squeezed, both samples for review were quite soft in places, a sign of inconsistent packing.  The draw is mostly loose, about a 5/10 in terms of restrictiveness. A whiff off the foot reveals hints of spice and earth, with the pre light draw delivering distinct spice, earth, and sweet woodsy notes.

After toasting the foot, the Zulu Zulu White opens with rich, spicy, medium bodied smoke. The texture of the smoke has a nice cream element that comes across as almost chewy. Flavors in the first third include creamy chocolate, barbecue sauce, leather, roasted almonds (some vanilla there too), and spice on the palate and on the retrohale.

Smoke production is really fantastic. Not having to fight just to produce enough smoke is a great start for any cigar.

Overall, the first third very enjoyable and unique, and the cigar manages to be fairly full in flavor while also being extremely aromatic on the nose.

Heading into the second third is where some construction issues start to become apparent. The cigar begins burning much too quickly while not producing much smoke, and its clear that there’s a decent sized tunnel somewhere in the bunched filler tobacco. At the same time, the wrapper has begun burning unevenly, causing a couple of quick touch ups to be needed.

From a flavor standpoint, the profile is mostly unchanged though the spice present has taken on a cinnamon like character which pairs nicely with the creamy vanilla note. The leather as well has shifted to a slightly drier cedar note.

Into the final third, the flavor profile takes on a bit more spice and falls somewhere between medium and full. At the same time, likely because of the construction issues, the smoke heats up considerably and I’m forced to put the cigar down before I’d typically like to.

All things considered, the Zulu Zulu White is a unique and enjoyable smoke. While not the most complex cigar, it puts forth a flavor profile that I found very enjoyable and in some cases surprising. Unfortunately, both samples had construction problems that substantially altered the experience, which knocks a few points off of what otherwise is an exceptional cigar.