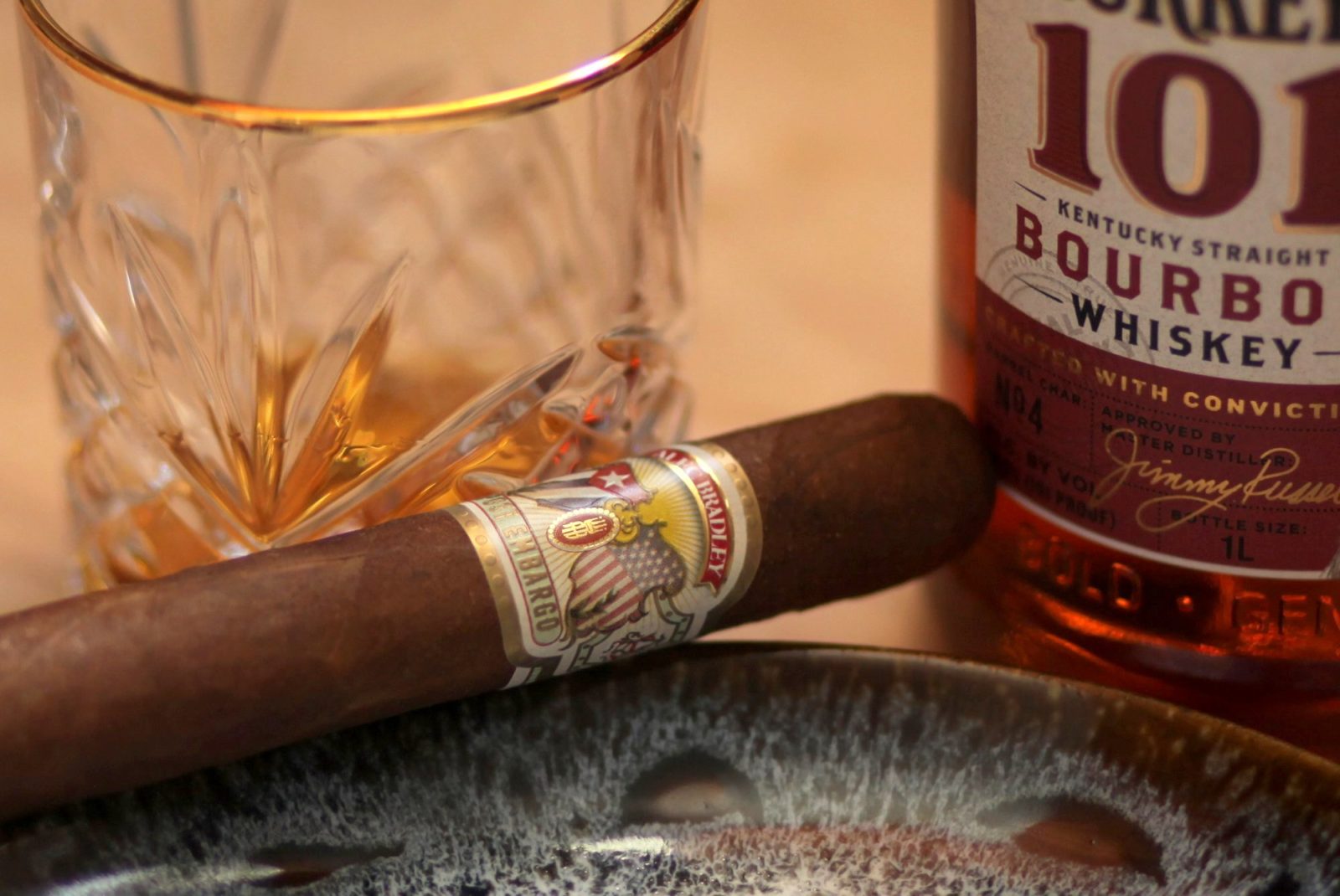 Alan Rubin has been performing well with his Alec Bradley brand of cigars since he began in the industry. Each new line brought forth different flavors, styles and themes as well high praise in the cigar world. In one of his new releases the Alec Bradley Post Embargo Alan seeks to bring the notion of Cuban versus non-Cuban cigars a thing of the past. In this line Alan recognizes that his cigars are equal to that of Cuban cigars and that the public idea of Cubans being above all is not the case.  The Alec Bradley Post Embargo certainly can make its claim that it is a cigar to be revered no matter what country it comes from. Enjoy! 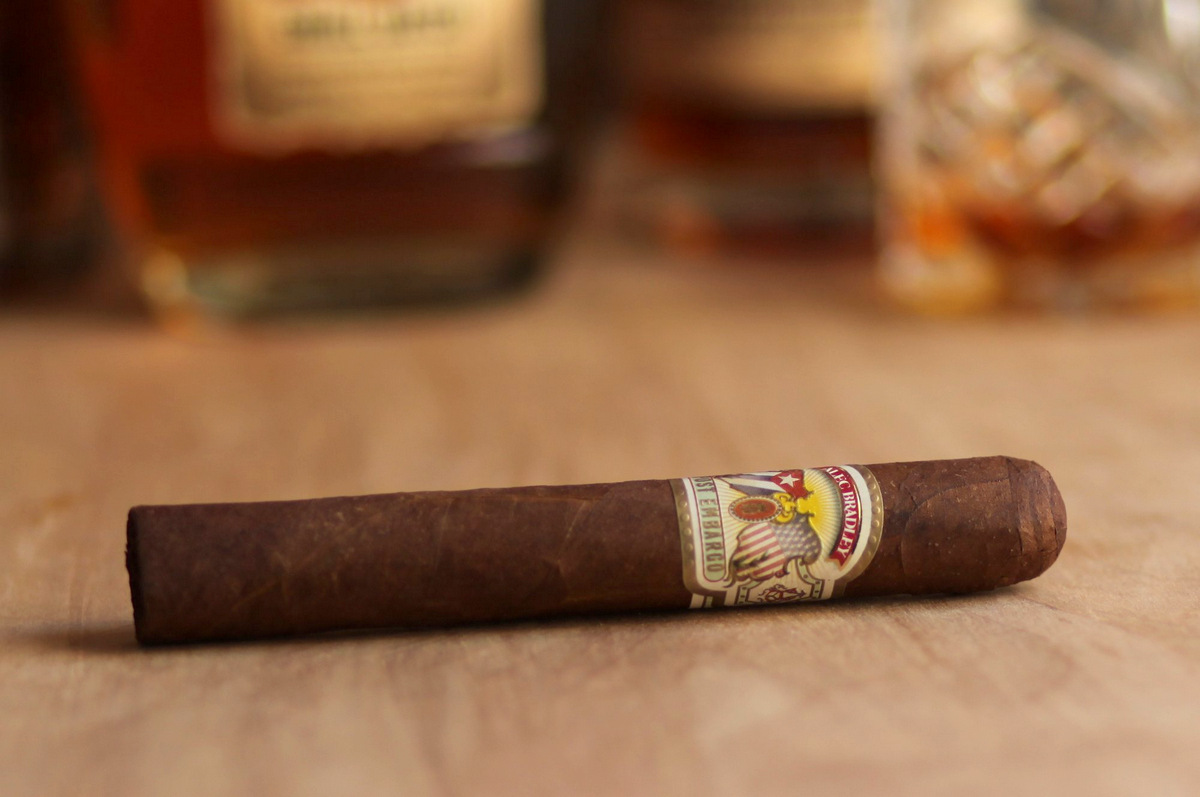 The Alec Bradley Toro has a gorgeous milk chocolate brown wrapper with minimum veins. The cigar has a few soft spots and is expertly rolled. The band has “Alec Bradley” across the top in white and red with “Post Embargo” on the bottom. The patriotic band has the flag of Cuba on the right and the American Flag on the left with the Alec Bradley logo in the middle uniting the two. Alan Rubin has succeeded in making his statement that Cuba and other countries should be united in cigars at least.

The Post Embargo begins with a little saltiness on the wrapper and a heap of toast to start. The draw is excellent and the toastiness turns to leather on the palate. Savory notes are detected very quickly and the profile is really attractive thus far. The leather seems to build up balanced by an earthy character on the mouthfeel.

Midway the Post Embargo delivers bing cherry along with a sweet and savory lingering finish.  Notes of Almonds are picked up and the earthiness returns on the retrohale.  A bit of coffee emerges adding to the complexity of this cigar. Every puff seems to yield an array of flavors hitting you all at once. This is clearly a cigar of character as the leather starts to build up with a mix of nougat and toast.

The final third gave some bitter undertones to start which diminished the flavor. Quickly this was corrected with more of that savory character noted earlier. The leather continues with less nuttiness than before. The cigar finishes with an interplay of earth and wood rounded out with a creamy finish.

I’ve smoked Alec Bradley cigars since their release with the Prensado and Tempus being some of my favorite and most original flavor profiles. The Alec Bradley Post Embargo Toro offers leather, toast and savory notes in abundance. If this was the signature of the blend then Alan Rubin nailed it. I would say this can compete with Cuban cigars as I like to view a cigar on its on merit regardless of its province. Will there still be the debate of whether Cuban cigars are better than non-Cuban? Until the Embargo is lifted I would say most certainly. My advice? Light up an Alec Bradley Post Embargo and judge for yourself.

Christian offers a perspective of cigars ranging from vintage pre-embargo smokes, hard to find cigars as well as current releases. His 22+ years of smoking and love of travel have taken him on cigar journeys here and abroad. From smoking HERF’s in friends backyards to smoking Montecristo No. 2s on the terrace of the Hungarian Palace Hotel in Lido Italy, Christian takes the “everyman” approach to cigar smoking being it all about taste and enjoyment of where you are or who you are with.
« Camacho Coyolar Review» AVO 22 (2018) Review