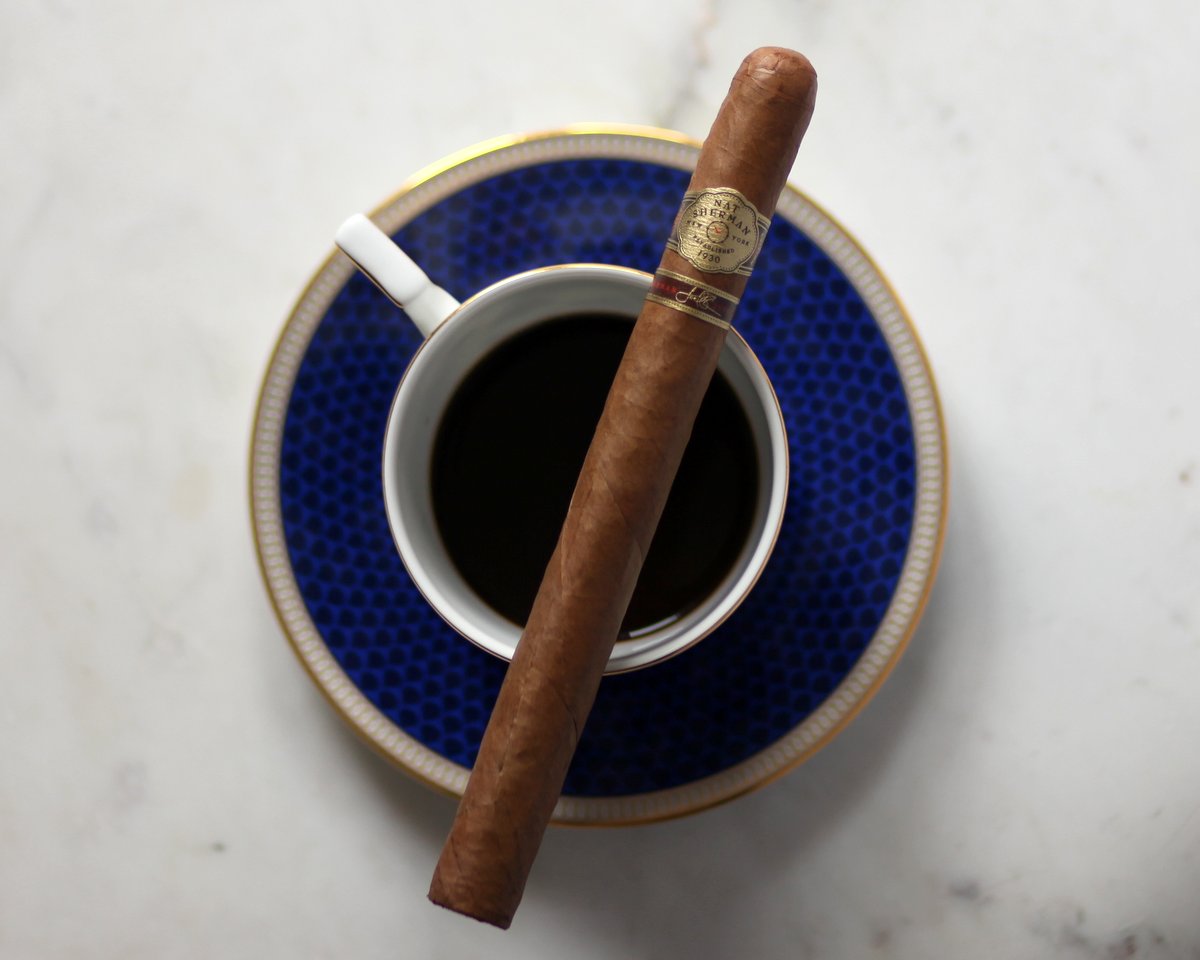 Newer cigar smokers might not realize it, but Nat Sherman wasn’t always known for producing high quality premium cigars like the Nat Sherman Timeless, which has spent multiple years on the Cigar Aficionado Top 25 list. In fact, before Michael Herklots joined the Nat Sherman team in 2011, the brand was, in my estimation, subpar. That all changed when Michael Herklots came on as the Executive Director of Retail and Brand Development. He reinvigorated the 42nd St retail location by bringing on friendly and knowledgeable staff, updating the retail space, and greatly expanding the range of brands offered in the humidor. On top of that, he took the lead in blending and launching a number of successful lines, most notably the Timeless blend as well as the newer renditions of the core Nat Sherman lines.

In 2014, the company announced it would be releasing a cigar to commemorate the 75th birthday of CEO Joel Sherman. The Joel Sherman 75th Celebration scales in at 7 1/2 by 46, definitely a unique shape, and was released with a total quantity of just 25,000 cigars.

I’m a bit late to the party with this particular review, but after smoking this cigar it’s really quite impossible not to write a review and describe what an incredible blend I think it is.

The Joel Sherman 75th comes presented with a regal looking, textured gold double band. The gold and maroon primary colors find some additional contrast with the red hands of the clock in the center of the primary band.

The Ecuadorian Connecticut wrapper is a light, peanut butter brown color with a moderate oily sheen. The wrapper has a few minor imperfections but the cigar is rolled consistently and has a slight give when squeezed.

Off of the foot there are strong aromas of wood, salt and pepper, and a nice pop of grilling spices. After clipping the cigar with a straight cut, I test the draw and it is absolutely perfect. Just enough restrictiveness. The cold draw reveals finely ground black pepper, Oak, bread, and slight granola.

After toasting the foot, the cigar is ready to go. As I take the first few puffs, I’m greeted by dense but medium bodied, flavorful smoke. On the palate, the smoke gives strong impressions of sweet Oak, fresh bread, bitter espresso, some pepper and a buttery texture. The notes have a lot of complementarity, but that’s not where the flavor ends. The aroma is strong, and curiously offers up its own separate set of notes: cream, floral, and wood.

What’s remarkable is how strong the flavors are in the smoke, all while the smoke itself is light and creamy. It’s a special kind of complexity. 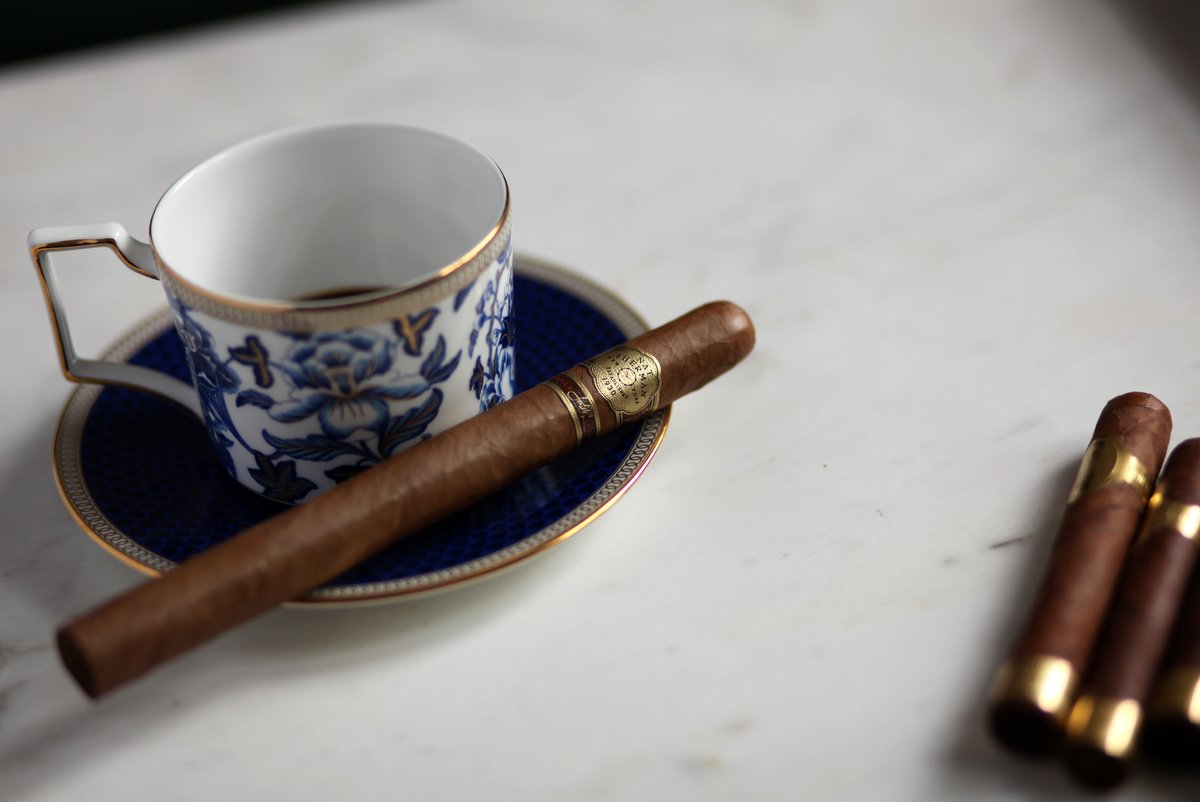 An inch and a half in, the ash is still holding on. Flavor is shifting as well, with the texture morphing into more of a toasted bread flavor. There’s also an apricot note in the mix as well that pairs nicely with the bread note. Construction is absolutely impeccable. Perfect burn, great ash.

Into the second third, the body has picked up just past medium, but the strength of the flavor is bordering on full territory. So much so that this really is a cigar you want to pace yourself on. The faster you smoke it, the stronger the flavor (and that’s not always a good thing when you have balance to consider). Flavors include toasted bread, roasted almonds, black pepper, lemon peel, and bitter chocolate.

And just when I didn’t think this cigar could get any better, it does. The final third shifts momentously in flavor and texture. The toasted bread becomes charred Oak with a healthy side of black pepper, nuts, and touches of leather. I burn this cigar to the nub and it’s one that I am very sorry to set down.

The Joel Sherman 75h is a masterful cigar. Perfect construction, amazing flavor and an unbelievably complex progression throughout the course of the smoke. If you find it, buy it in whatever quantity you can. It’s a cigar to hold on to for the most special occasions, and it absolutely deserves its high rating.

Brand evangelist, digital marketer, cigar and spirits expert specializing in consumer tasting and educational events. Matthias made the long trek from his hometown of Portland, Oregon to New York City in 2007, and in nine years has hosted more than 120 events and helped promote and launch dozens of cigar and whiskey brands in the U.S. In 2016, he joined the Cigar Journal Tasting Panel, blind-reviewing pre and new release cigars.
« AVO 22 (2018) Review» Padron No. 90 Maduro Review