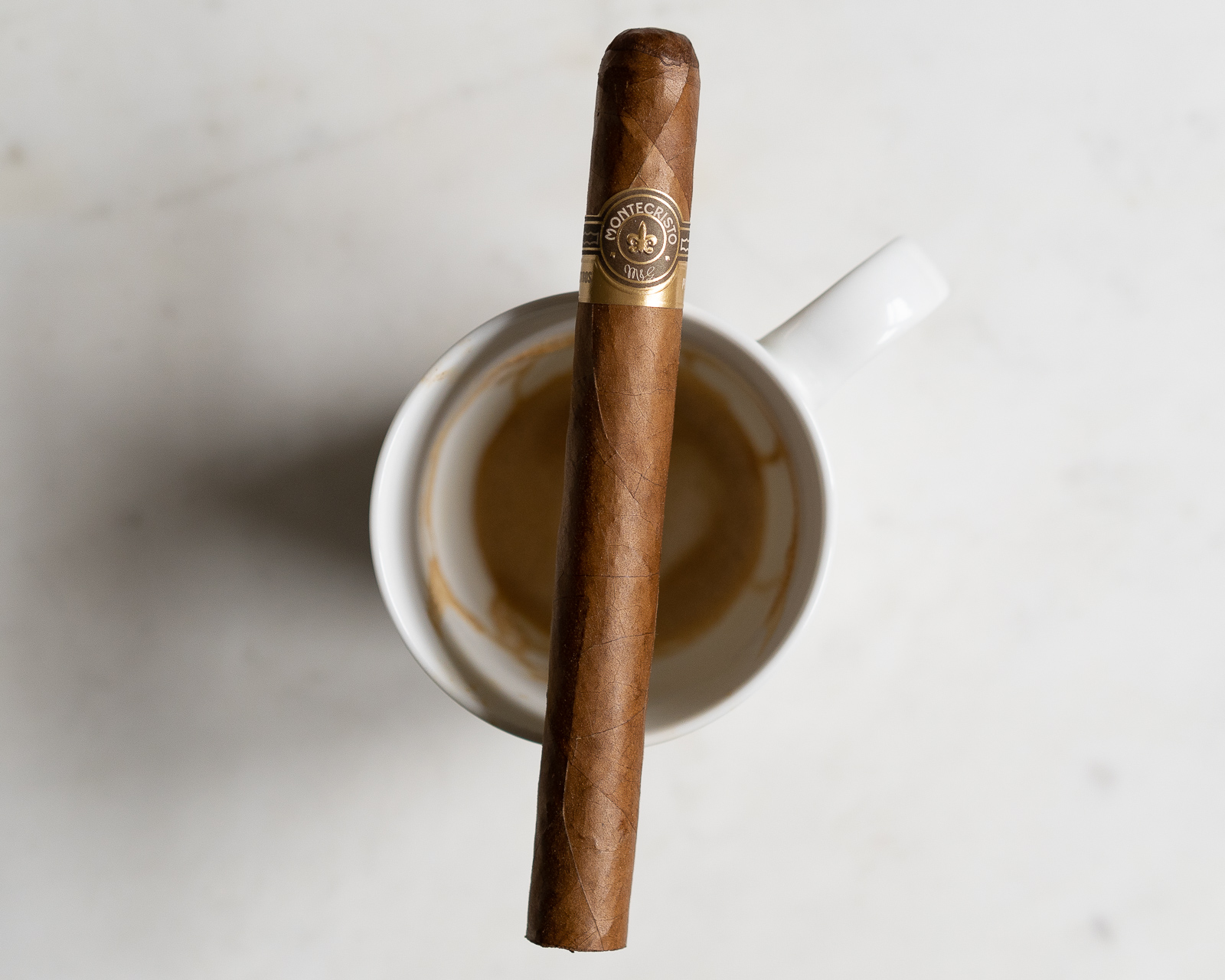 Production for the cigar is limited to just 500 crates, meaning there are just 50,000 of these on the market until they’re gone. 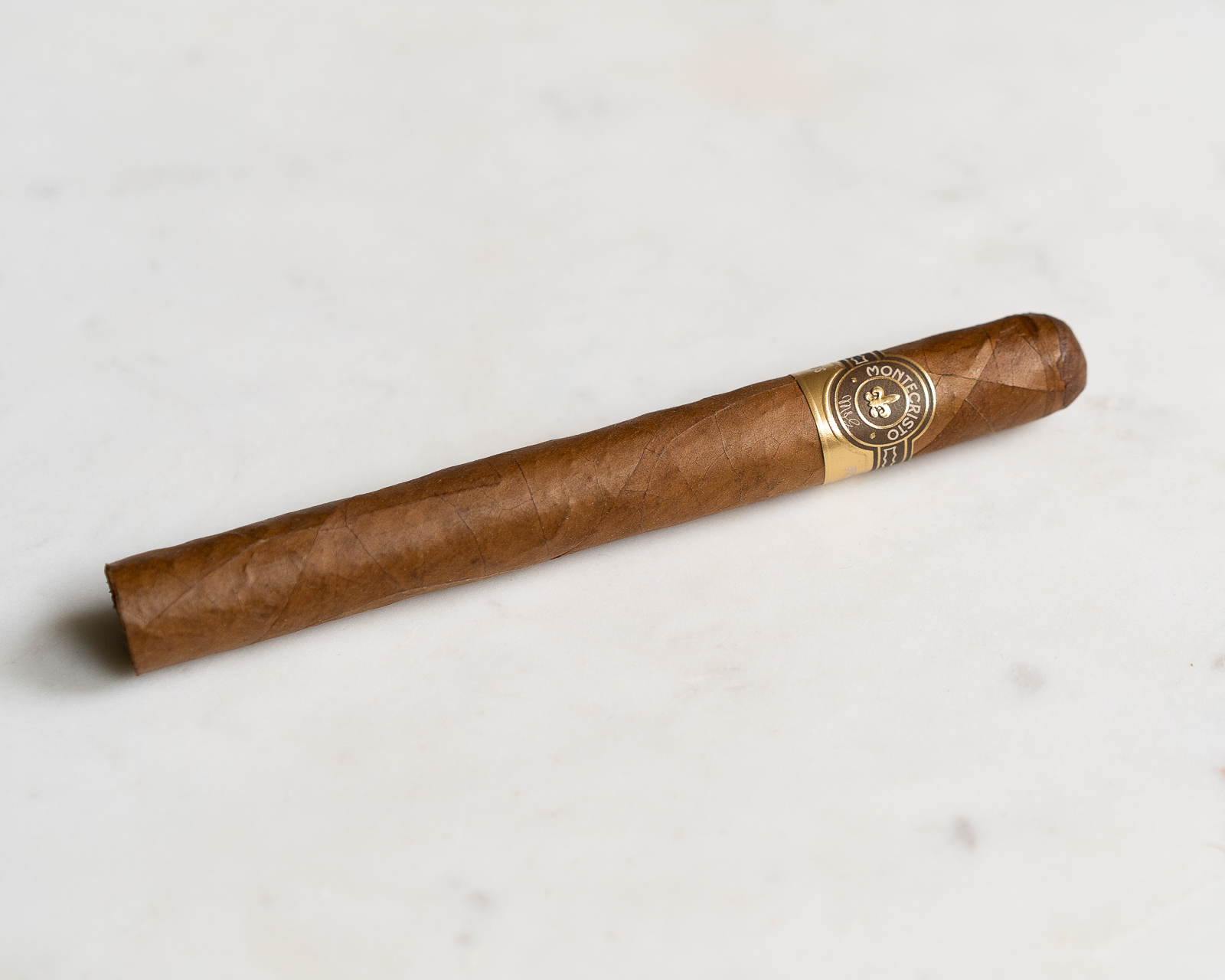 The Montecristo Grupo de Maestros Private Batch IV comes wrapped in a seamless Ecuadorian Habano wrapper. It has minimal veins, a slight oiliness, and the back of the band denotes that this is Private Batch IV. When squeezed, the cigar has a slightly above average give, but seems to be packed consistently the length of the cigar. Overall, it’s pretty attractive, and the shiny gold on the band reflects the limited nature of this blend.

The foot is aromatic, with some light black pepper, savory spices, generic wood, and grass. On the cold draw are faint spice notes, warm bread, and wood. Not the most tantalizing pre-light draw but it is anyone’s guess if it will determine the experience of the cigar overall. The draw has just the right amount of restrictiveness for a cigar of this size. Let’s light up.

The Montecristo Grupo de Maestros Private Batch IV opens with flavor loaded, medium bodied smoke. It’s very tasty, with notes of spicy oak, cream, sourdough bread, and some light kitchen spices / pepper. Overall, the profile at the beginning hits spicy, bitter (the sourdough), and sweet (the cream). It’s enticing, but a dozen puffs later, the bitterness and pepper build too much, leading to a very imbalanced flavor which sticks around on the finish for far too long. The draw is perfect and smoke production is just above average, which is great. But I find  myself hoping for a return of the opening cream note which balanced the profile nicely.

At an inch in to the Montecristo Grupo de Maestros Private Batch IV, the flaky white ash is holding strong and the burn is straight. The cream returns as well alongside a nice salt and floral note combination. Texture wise, the smoke is quite soft, though with a bit of texture from the spice. The retrohale is medium strength, with notes of mineral and red pepper. 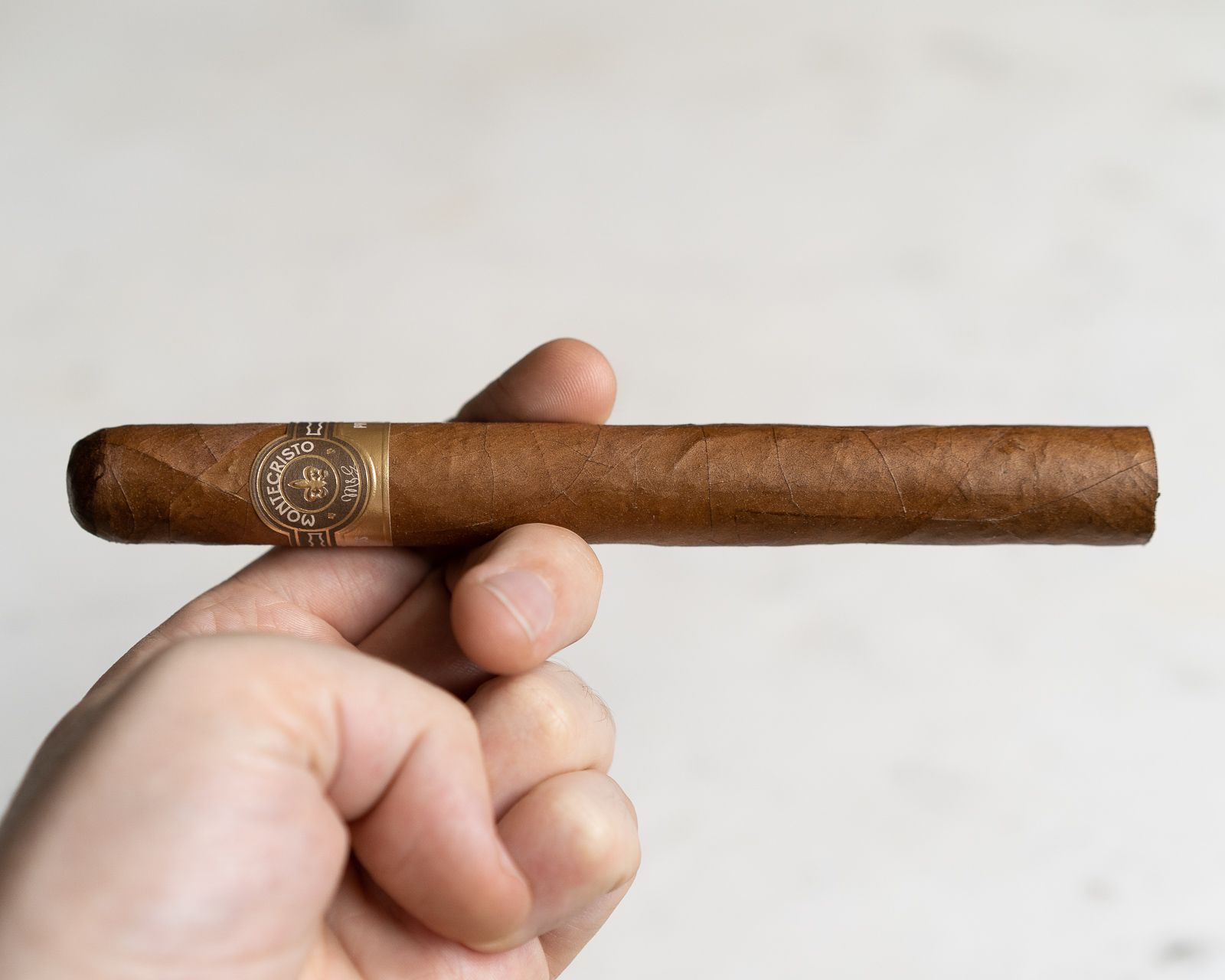 The Montecristo Grupo de Maestros Private Batch IV retains this character until a bit past the second third mark. Then the profile changes, introducing a very distinct cappuccino note which has an incredible natural sweetness. Alongside that are notes of oak, burnt marshmallow, bitter leather and minor black pepper. Construction remains nearly perfect, with a straight burn and the ash falling in one inch increments. Strength and body remain at medium.

The Montecristo Grupo de Maestros Private Batch IV has some bright spots, but the first and final third are unfortunately mostly out of balance, with bitter leather and sourdough taking up far too much space. Given that bitterness is dominant for so much of this cigar, I’d recommend a sweeter single malt or a bourbon to pair here with. Glendronach, Macallan, Glenmorangie for single malts or Four Roses for bourbon.

Brand evangelist, digital marketer, cigar and spirits expert specializing in consumer tasting and educational events. Matthias made the long trek from his hometown of Portland, Oregon to New York City in 2007, and in nine years has hosted more than 120 events and helped promote and launch dozens of cigar and whiskey brands in the U.S. In 2016, he joined the Cigar Journal Tasting Panel, blind-reviewing pre and new release cigars.
« AVO LE05 Review» Nat Sherman Panamericana Rubstico Review