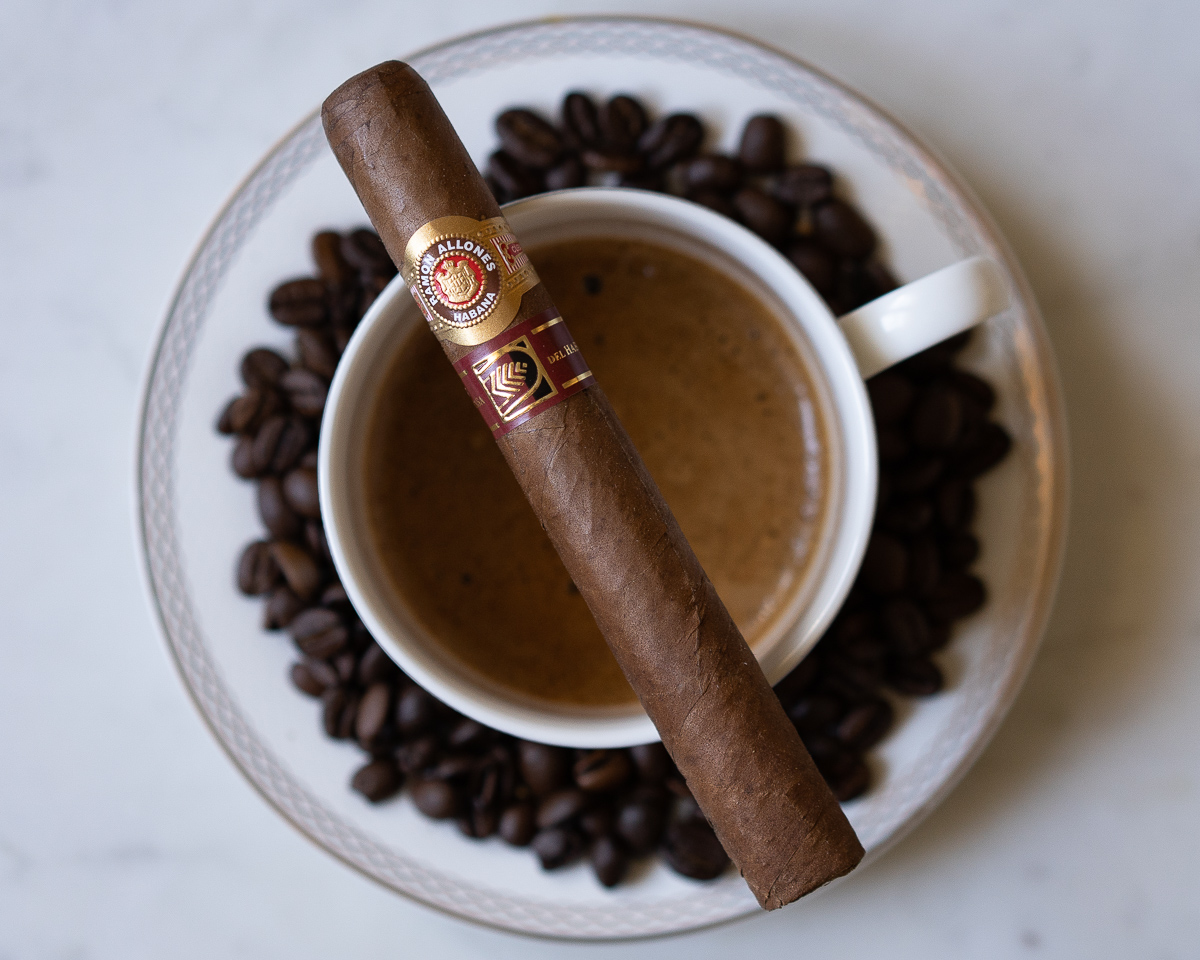 There’s a certain kind of excitement that comes from opening a package full of Cuban cigars, especially from legendary brands like Montecristo, H Upmann, or Ramon Allones, the brand behind the cigar up for review today. There isn’t a cigar smoker alive in the USA who isn’t aware of the reputation Cuban cigars have as the forbidden fruit of the Caribbean.

Those who have smoked with me know that I don’t buy into the myth of Cuban cigars, for the simple reason that I’ve smoked so many bad ones, mostly due to under-aged tobacco and outright atrocious construction. That said, Cuban cigars also happen to represent some of my top rated cigars of all time.

The Ramon Allones Superiores isn’t a cigar I’ve smoked before, so I was excited to give it a shot. 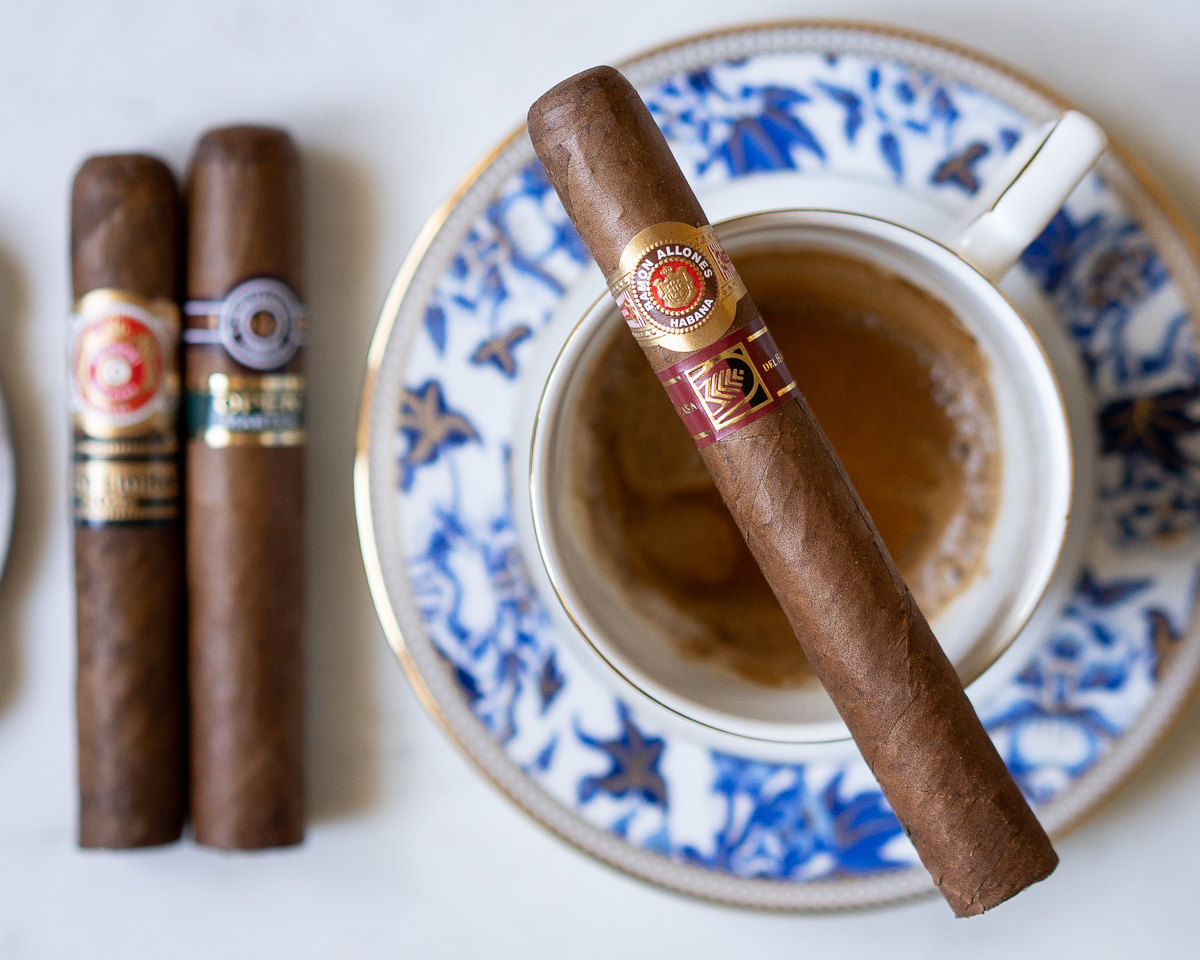 The Ramon Allones Superiores is one of the more nicely branded Cubans out there, with a complementary color palette of red, white and gold. The double banding as well is a nice touch. The outer wrapper is a mottled light brown, with a few picked and one noticeable vein.

After using a straight cut, the draw proves to be very tight, about an 9/10 in terms of restrictiveness.

Cue blaring alarms. My guess is the tight draw will tank the smoke production.

And, because of the overly tight draw, the cold draw is hard to decipher, with some generic wood and faint hay. 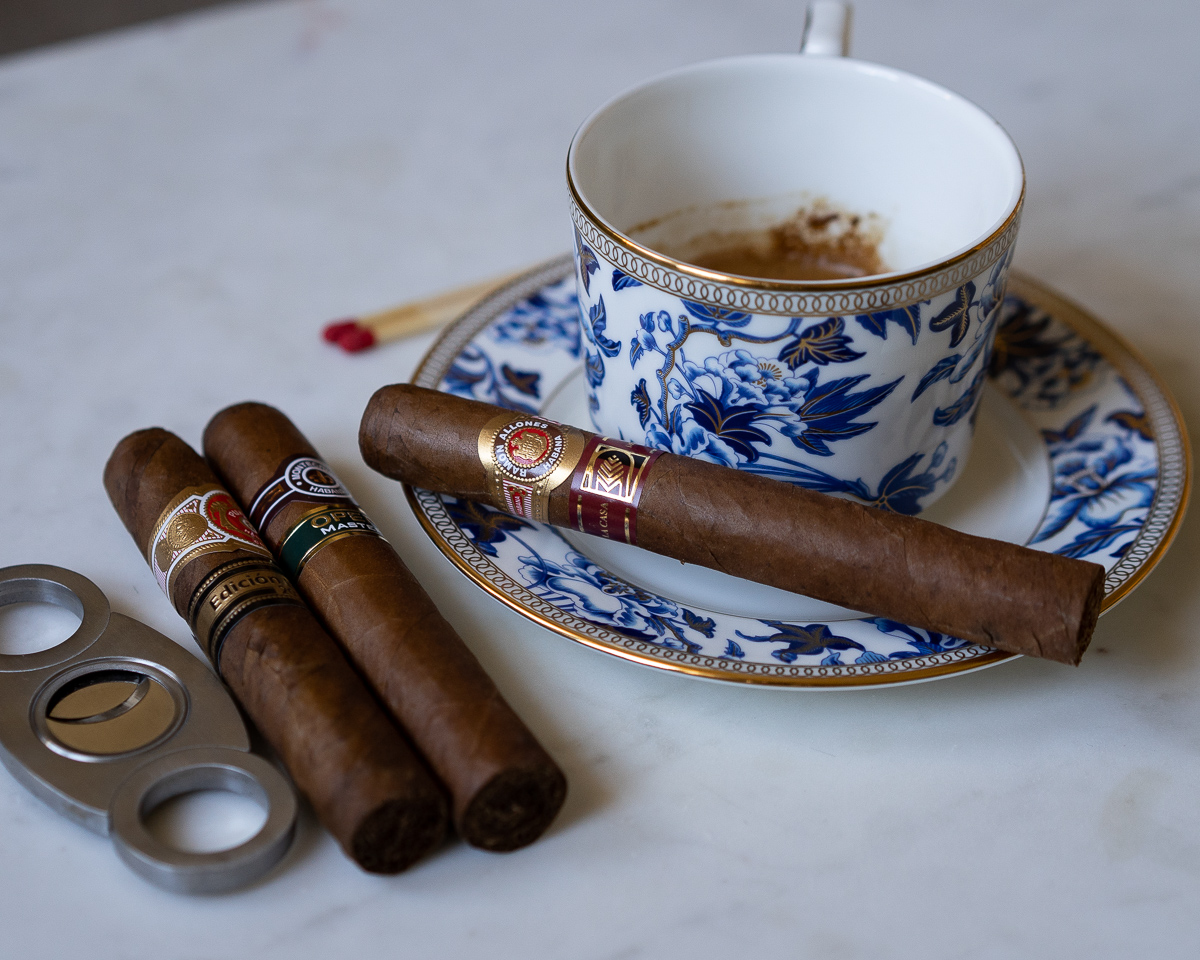 After a bit of work getting the cigar fully lit, the Ramon Allones Superiores produces a below average amount of smoke. Seems that I was right about the draw. As a result, the flavors are light and somewhat bland, with some almonds, damp paper, and light baking spices. The retrohale is mild, with some fermented grass that’s not enjoyable. Body and strength are both barely at mild. If the opening of the Ramon Allones Superiores portends the rest of the experience, I’m not excited.

By an inch in, the Ramon Allones Superiores is somehow producing even less smoke than before. The flavors are still somewhat  bland, and there’s been no movement in terms of complexity. Some change finally arrives in the second third, the strength has inched up above mild, and a nice spice has developed on the tip of the tongue. The burn is excellent, but it doesn’t help the issues with the draw.

The final third continues the positively dismal performance of the Ramon Allones Superiores. Although the burn remains straight, the flavors are still bitter and flat. The temperature of the smoke increases quickly as I near the final inch, providing (another) reason to put this cigar down.

To say that smoking the Ramon Allones Superiores was a disappointment would be an understatement. Most of the issues this cigar faced undoubtedly came down to poor construction – an overwhelmingly tight draw and abysmal smoke production. In fact, construction played such a role that I considered not this review. Surely this single, poorly constructed cigar can’t fully represent the line, right?

There’s some truth to that – this single stick doesn’t represent the overall quality of the cigar. In fact, this cigar received positive reviews here, here, and here. Frankly though, I think cigar reviewers and enthusiasts have made enough excuses for the atrocious construction of many reputable Cuban cigars. 20% – 25% of all of the Cuban cigars that I’ve smoked in the last three months have been nearly or totally unsmokable, either because they were too young or so poorly constructed that they were impossible to smoke.

If these were common issues in major brands from DR/Nicaragua, I wouldn’t bat an eye. But I haven’t had construction issues like these even once in the last 12 months from reputable Dominican or Nicaraguan cigars. The Cuban cigar industry is out of excuses in my book.

In conclusion, give it a try. Maybe the Superiores you smoke will be wonderful.

Should you decide you want to try the Superiores, you can pick them up at Montefortuna here.

Brand evangelist, digital marketer, cigar and spirits expert specializing in consumer tasting and educational events. Matthias made the long trek from his hometown of Portland, Oregon to New York City in 2007, and in nine years has hosted more than 120 events and helped promote and launch dozens of cigar and whiskey brands in the U.S. In 2016, he joined the Cigar Journal Tasting Panel, blind-reviewing pre and new release cigars.
« Island Jim by Oscar #2 Torpedo Review» Fonseca Vintage Robusto (2018) Review