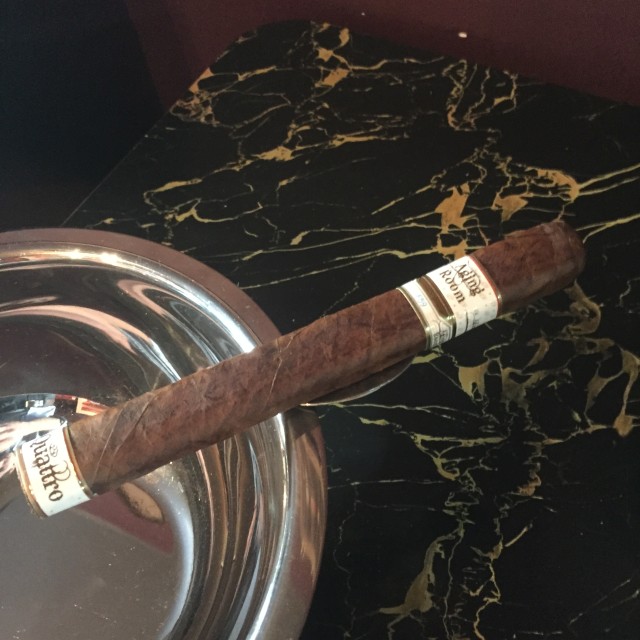 I’m sitting in a comfy chair inside Lehman Cigars, a cozy, family-owned shop and lounge on Bedford Park Boulevard in the North Bronx near the Botanic Garden, with Aging Room’s latest creation in my hand. Aging Room first made major cigar headlines in 2013; years of blending and experimentation earned their F55 cigar the No. 2 spot in Cigar Aficionado’s Top 25 Cigars of the Year. After a further two years of work, Aging Room is now following up on the F55 with a successor stogie: the F59. Building upon the F55’s reputable foundation, the F59 is designed to surpass its predecessor’s strengths and overcome its weaknesses. Will the F59 be a successful sequel? Let’s find out. 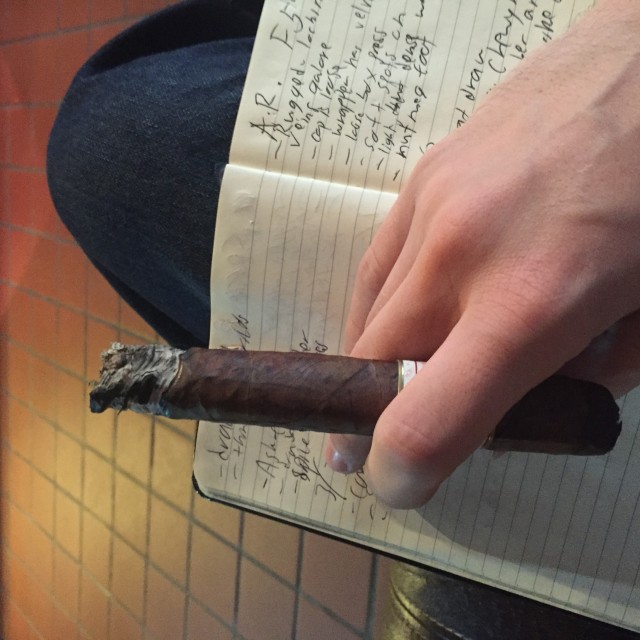 The F59 looks genuinely natural due in part to its minor imperfections. The wrapper is rugged, with veins galore; the cap is loosely wrapped (though that’s probably just the cold weather); and the box press is a bit round, with a few soft spots on the edges. However, the wrapper has a sultry velvety texture, and the cold odors are exquisite: the body boasts a light, but dense wood flavor, with nutmeg on the foot.

First Third: Right from the get-go, the draw is perfectly loose and fluid, allowing the strong and chewy nutmeg notes to flow seamlessly to the palate before being released into the air as rich, thick smoke clouds that boast a lush timber aroma. There is a salty undertone just beneath the nutmeg. The two major notes combine with the ’59’s thick texture to produce an ever-thicker aftertaste that sticks to the palate like glue. 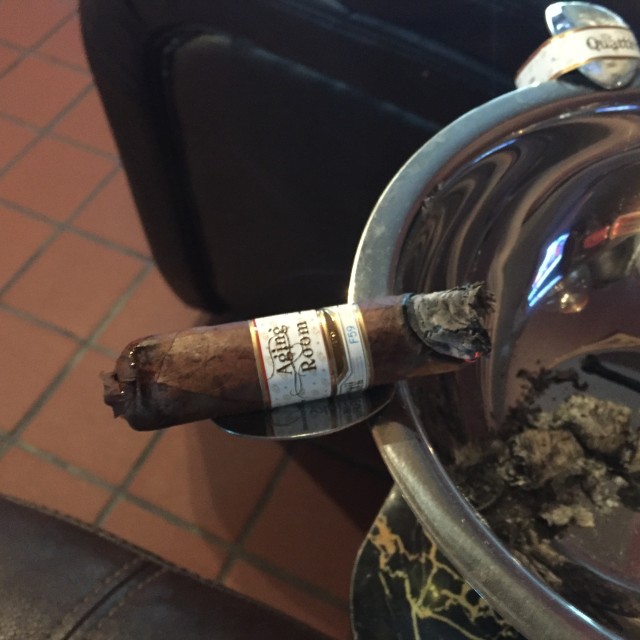 Second Third: The draw begins to loosen a little too much; there’s much thin air and wind in every puff, making the flavor less prominent. Despite this, a spicy element makes its way into the texture, tickling the tongue slightly. Cinnamon also appears in the background, melding deliciously with the salt to form a solid background flavor profile. Around this time, the burn begins to canoe slightly, the ash begins to tilt to the side, and the draw begins to fade, staying loose, but needing constant puffing to keep it alive. A noticeably tilting ash is the surest sign of them all that it’s time to let it go, so I do. The ash goes remarkably cleanly and without a fuss. 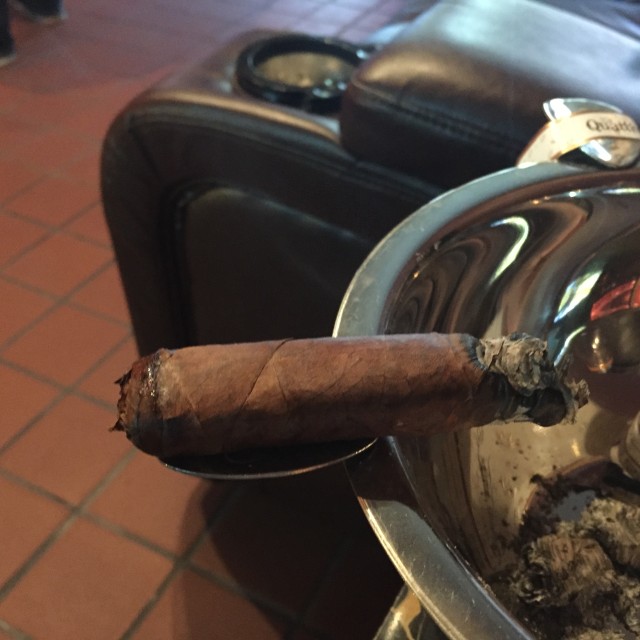 Final Third: The final third sees the salt and cinnamon starting to give way in the background as the nutmeg begins to take over. By the time the first half of the final third is cleared, the salty cinnamon is good as gone. The nutmeg itself begins to flatten out for a moment, but soon regains its vitality and conquers the entire flavor profile. At this point the flavor begins to going for the palate directly. The aftertaste becomes noticeably chewier; the nutmeg moves in and coats itself over the palate entirely, making the taste much more direct and full. The burn never fully evens out, but the coating of the palate with nutmeg nevertheless constitutes a fine finish.

While not perfect in execution, the F59 was an intriguingly pleasant smoke overall. The flavor profile was slightly more simplistic than expected, but great nonetheless. All in all, the F59 not only lives up to the promise of its predecessor, it surpasses it. Job well done, Rafael! can we expect an F63 in the not-too-distant future?