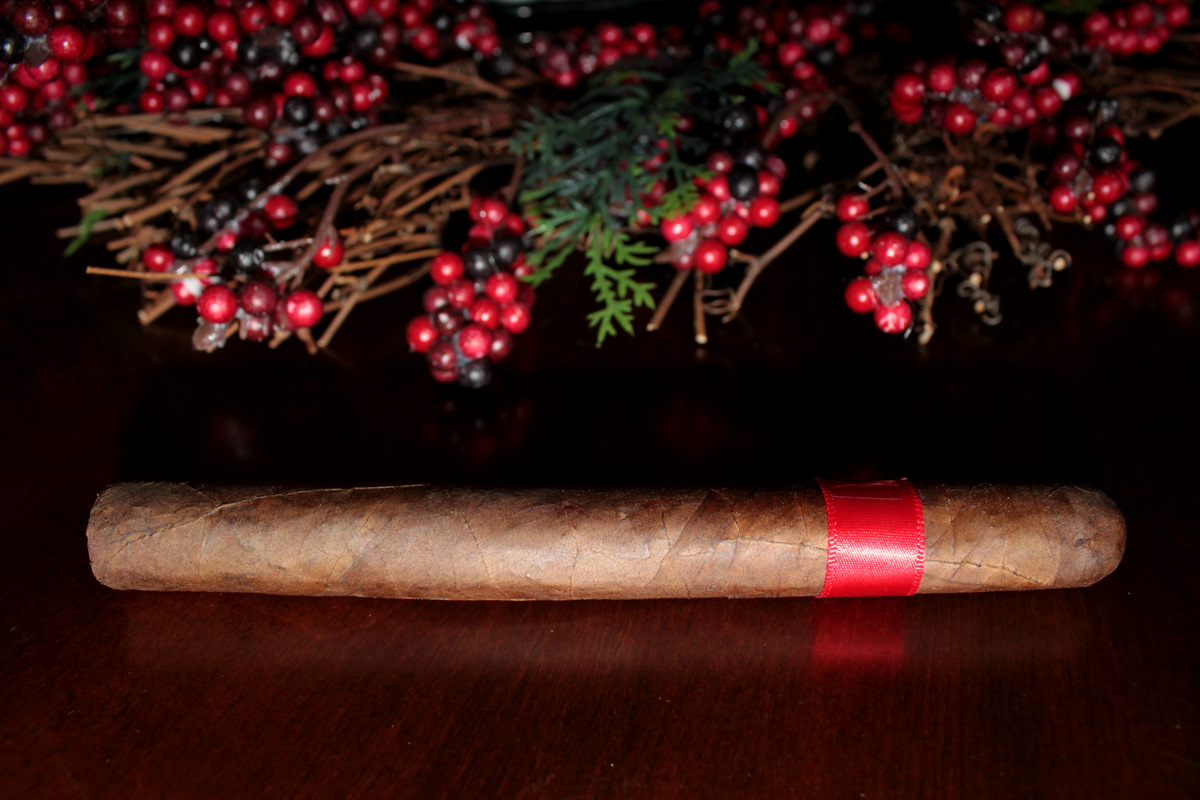 About a week before I took the plane home for Christmas break, a good friend of mine handed me a rather mysterious looking cigar and said “tell me what you think.” Seeing no brand on the label, I asked what the cigar was and he told me “just smoke it.” Well, I did smoke it, and later I found out that the beautiful  cigar above is a “Red Q Vintage” from Q Cigars. That’s important information, because this is a high quality cigar that I have no problem recommending if you have a few extra bucks to drop on a cigar.

I smoked this stick a few days after returning home to Portland, Oregon.  Unfortunately, due to smoking laws, it isn’t much easier to find a place to smoke there, but my neighbor did me a favor and let me smoke on his backyard porch. For the smoke, I paired with the cigar a glass of Jack Daniels Single Barrel Whiskey.  A few minutes in to the smoke, my neighbor Andy came out and caught sight of the camera I was using for the shots, (a Nikkon Rebel t1) and he decided to bring out a few items you’d never find in New York City.  Scroll down to find out what they are!

Specifications for this cigar are unavailable. 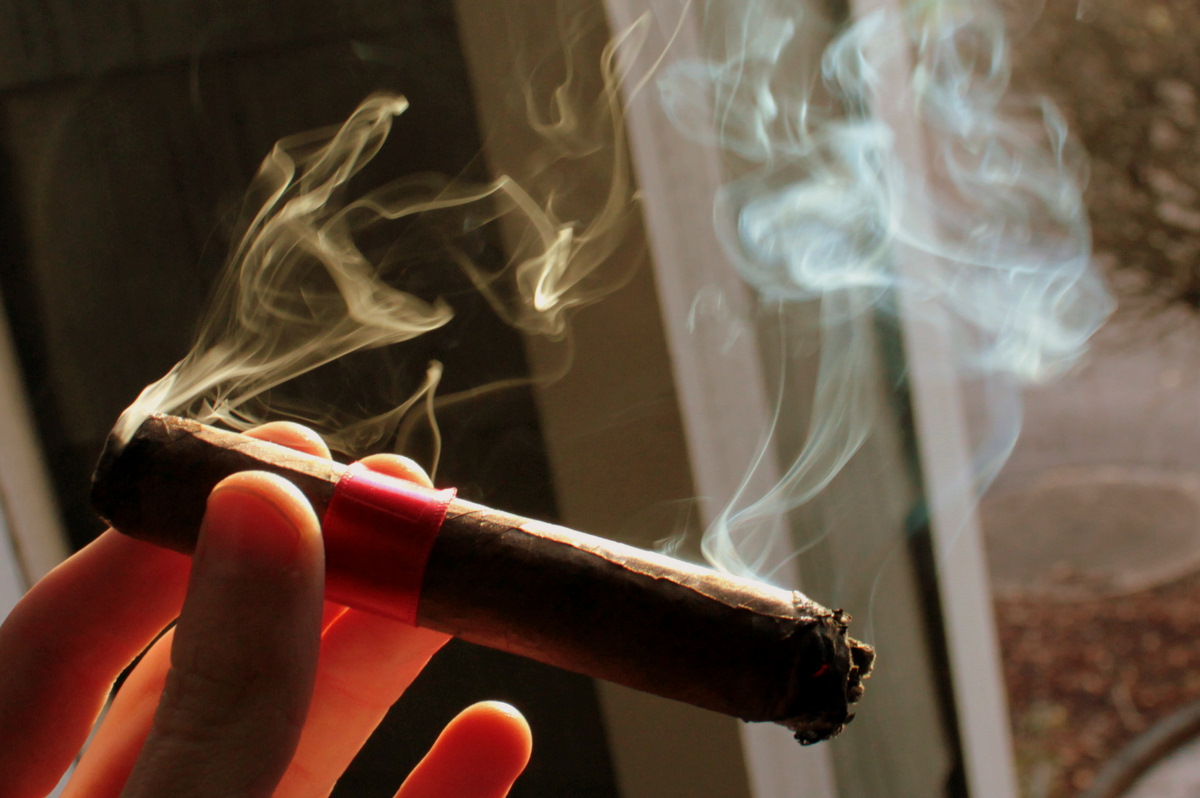 The rich brown wrapper smells of natural tobacco, with the foot offering a scent of granola reminding me of hiking out in the Cascade Mountains. The pre-light draw reveals hints of woodiness, spice, and sweetness. The cap also has a taste of sweetness to it that is easily noticaeble, and has me wondering whether Q Cigars has added artificial sweetness to the cap (that would be unfortunate). Luckily, the sweetness on the tip disappeared. The cigar is packed perfectly, there is an oily shine on the wrapper and the cigar is springy but firm when pressure is applied. There are a few fairly noticeable veins, as well as two minor imperfections on the cigar, but at this point in my inspection I just want to smoke this gorgeous cigar.

Uh.. is that a gun? (scroll down to the bottom)

This cigar opens up with notes of coffee, creme, and a bit of sugar, reminding me of my normal morning brew. The draw produces a substantial amount of white smoke that lights up beautifully in the sunshine. I find it interesting that the smoke off of the foot of the cigar is not harsh as is normal with most cigars – it has a scent which is creamy with hints of coffee and cocoa beans. So far, very good. Ash is a salt and pepper mix. At about two thirds, the cigar becomes more rich, full, and smooth – a really great movement. The final third brings in a spice that mixes well with the creaminess. The last inch settles down a bit, the burn remains razor sharp, and I put the cigar out only after almost burning my fingers.

I would rank this cigar in my top ten for 2010. At about $10 ($185 for box of 20), this cigar is a pretty average cost boutique, though I suspect it is more expensive in store. In any case, I’ll be having another sometime (hopefully soon). Check out Q Cigars at their store in the Financial District, or on their website.

Here are  a few more pictures I took after my neighbor offered up a few more props for the cigar shots. Some of which are hot! 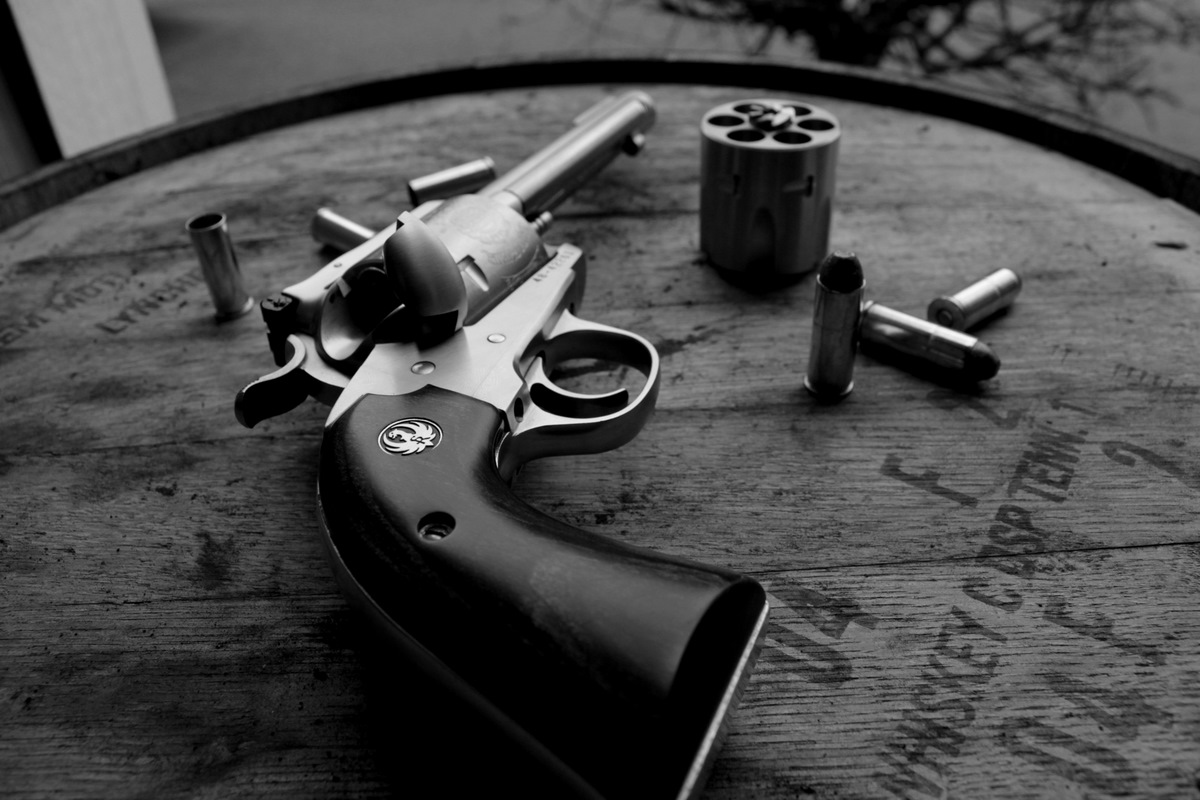 That is one good looking Ruger six-shooter 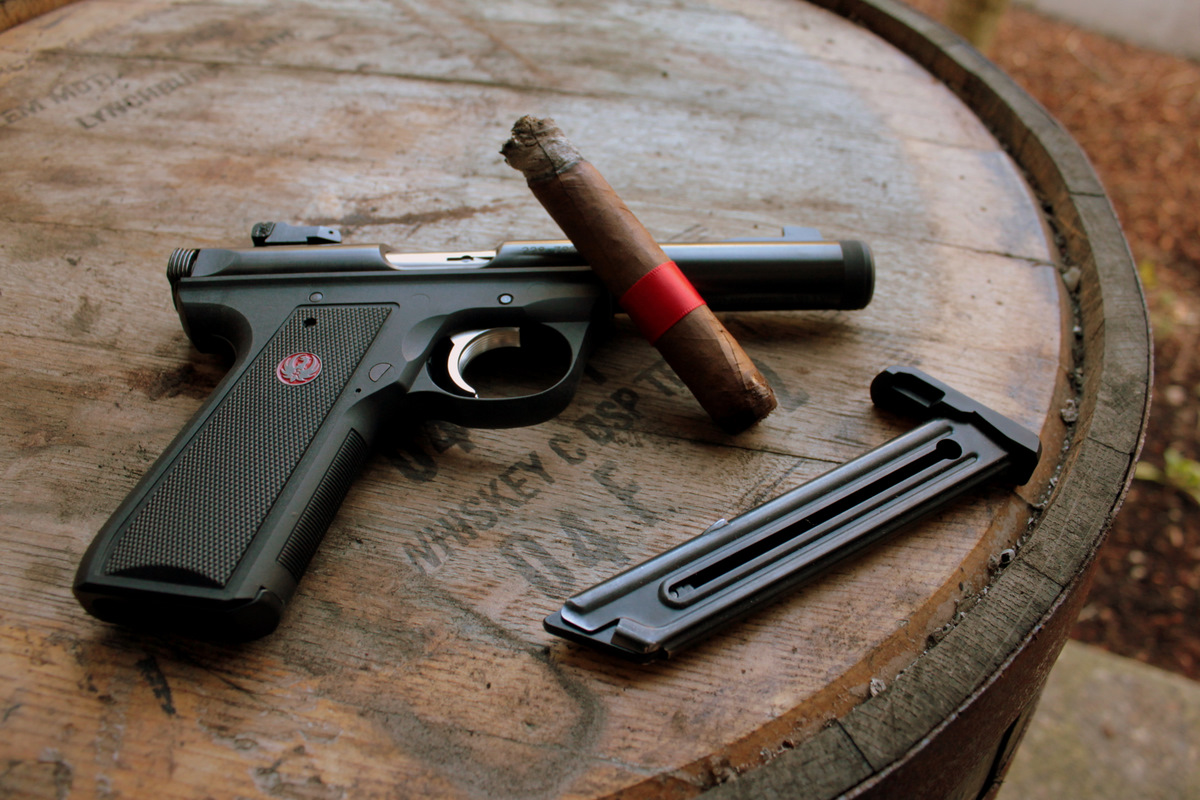