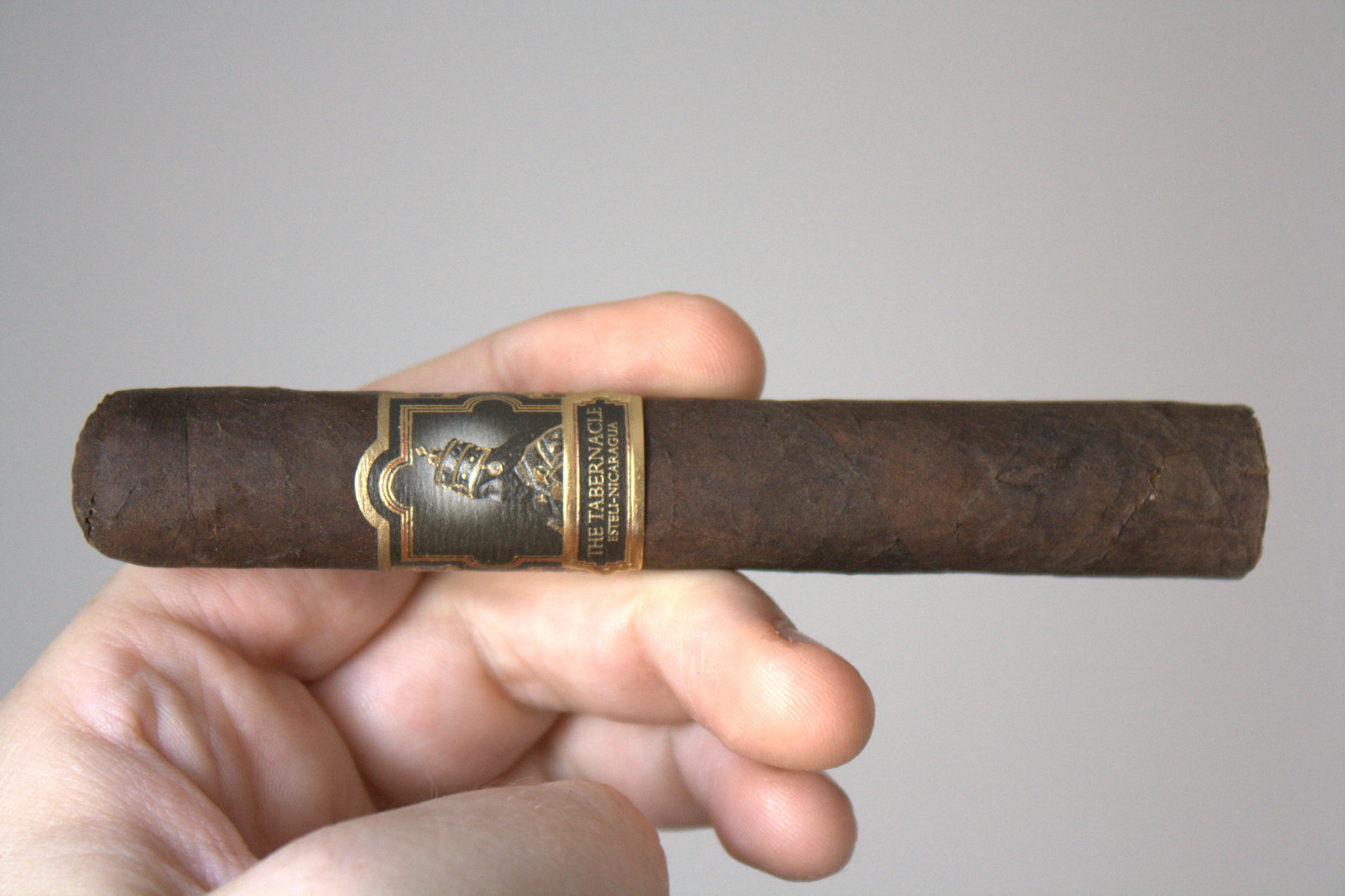 The Tabernacle by Foundation Cigar Co has been making big waves since its release in 2016, particularly on social media and some blogs where it has some die hard fans. I picked one up at Cigar Inn on 53rd and 2nd ave almost by accident a few weeks ago, and after smoking it decided I needed to come back to it for a review.
TLDR: does ti live up to the hype? I think so (read on below to find out why). The Tabernacle, though not overly complex, produces some very definite notes that will leave lovers of darker cigars hypnotized. 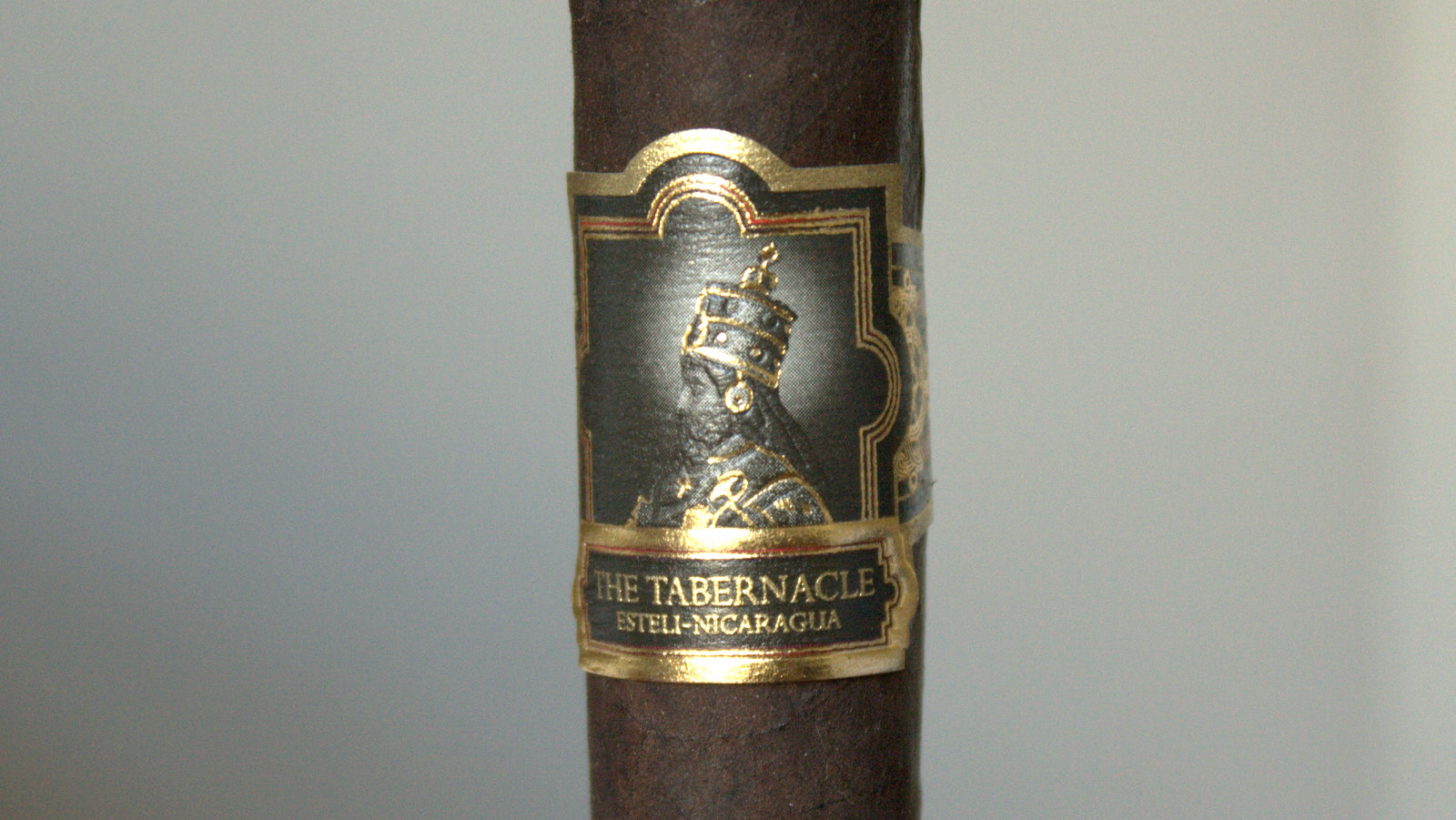 Off the bat, I love the branding on this cigar. Looking past the fact that the name is a bit sacrilegious, the color combinations and art on this band are phenomenal and leave a lasting impression (exactly what a band should do). The wrapper itself is a rustic dark brown that has a velvety texture to the touch.
The draw is mostly free and, if any past Tabernacle’s I’ve smoked are any indication, there will be plenty of smoke produced for this review.

Smelling the foot of the cigar, I pick up notes of chocolate, some cedar, whiffs of caramel and some hay.
Lighting up the Tabernacle is a lot like lighting up a dark chocolate bar sprinkled with sea salt. Extremely smooth and opulent smoke. As the minutes inch on, the smoke builds in flavor and strength, adding white and black pepper and cedar. The cigar produces a lot of smoke.
Working into the second third, I’m picking up notes of peanuts and butter on top of the chocolatey base. The texture is reminiscent of marshmellow. The burn is pretty good, though not perfect, and the cigar stays lit for a decent amount of time — just don’t set it down for more than 3 – 4 minutes or you’ll have to relight.
In the final third, the peanut note is back and more prominent than before, along with a marshmallow like flavor.

The Tabernacle is an easy recommendation. Anyone who likes full bodied cigars that are complex, spot on in terms of flavors, and just undeniably enjoyable will love this smoke.

Brand evangelist, digital marketer, cigar and spirits expert specializing in consumer tasting and educational events. Matthias made the long trek from his hometown of Portland, Oregon to New York City in 2007, and in nine years has hosted more than 120 events and helped promote and launch dozens of cigar and whiskey brands in the U.S. In 2016, he joined the Cigar Journal Tasting Panel, blind-reviewing pre and new release cigars.
« Tatuaje Monster Series “The Michael” Review» Aging Room Solera Sungrown Review