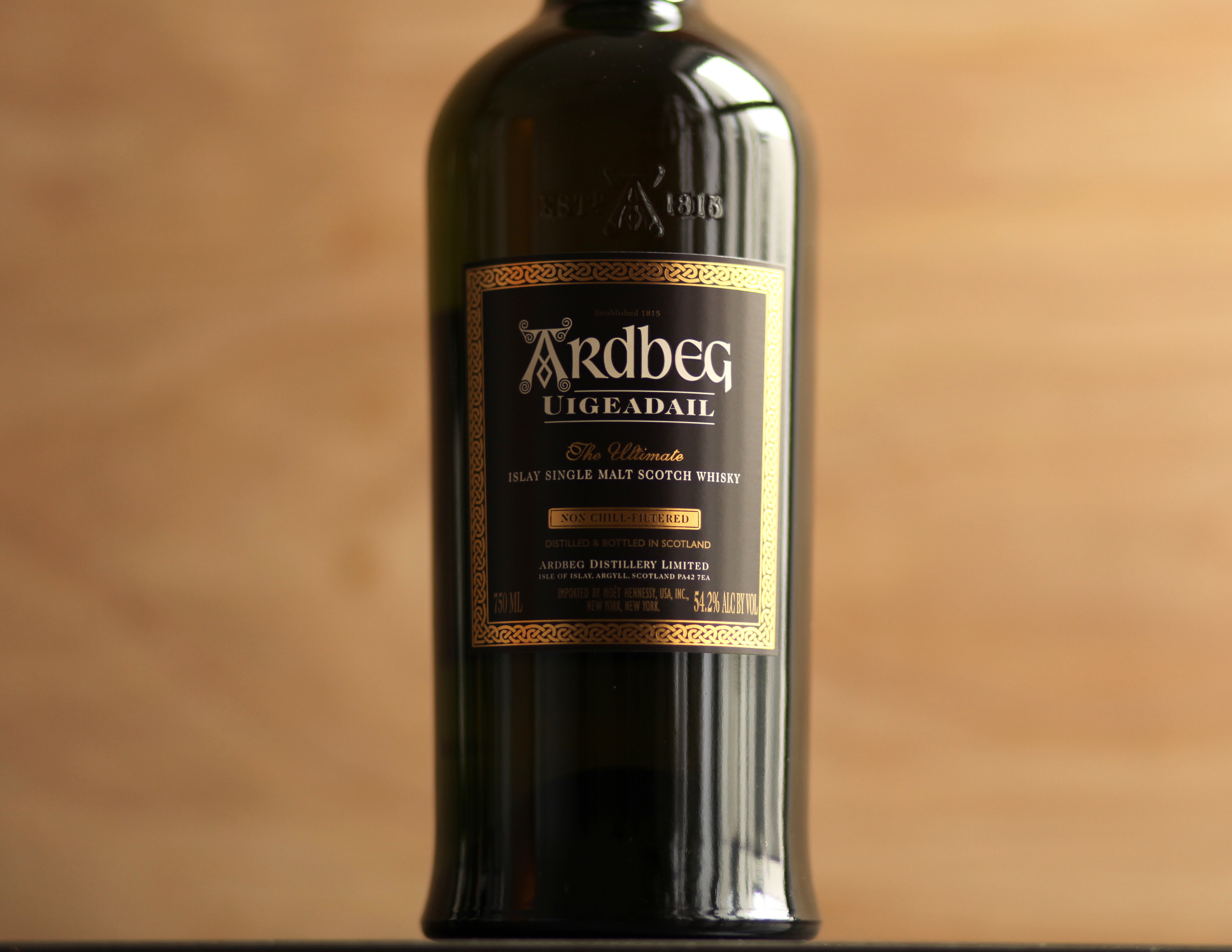 Up for review today is Ardbeg Uigeadail. It’s a bottle of scotch that in some sense needs no introduction. It has, after all, been introduced by many whisky experts so many times before, including by Jim Murray, who in 2015 named it the World Whiskey of the Year. That designation alone (setting aside the whisky’s many other accolades), makes it a difficult dram to introduce.

“Uigeadail” (pronounced ‘Oog-a-dal’) derives from the Scotch Gaelic for ‘Dark and Mysterious Place.’ The whisky inside the bottle delivers such complexity of flavor I’m temped to say that I was left in a bit of a dark and mysterious place while writing this review. But after a number of separate sittings, I think I’m ready to put metaphorical pen to paper. 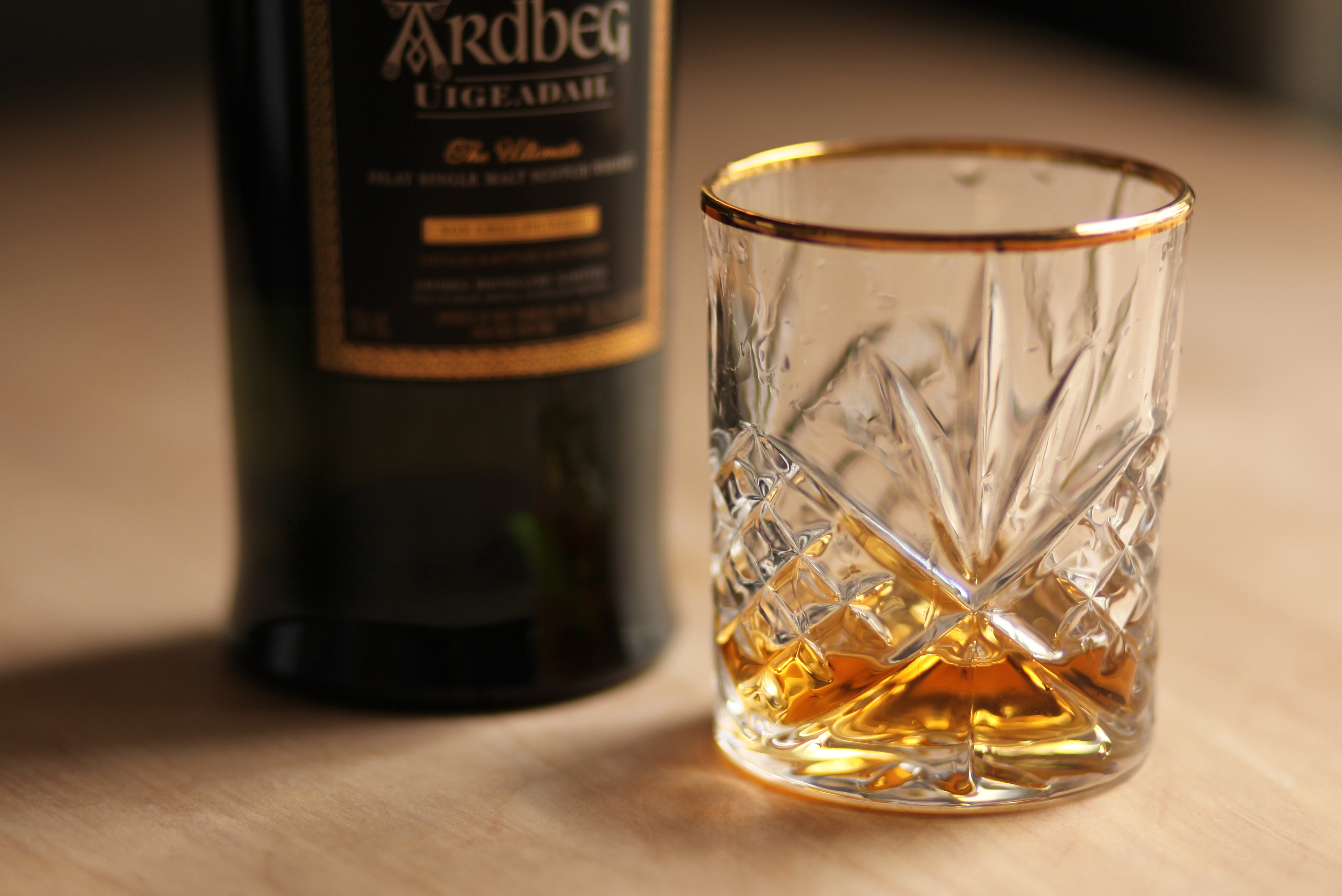 The bottle carrying Uigeadail mirrors its name: dark green, shadowy, and brooding. The whisky itself is the color of a light, thinly spread honey.

Deeply complex. The aroma off of the glass is balanced between meaty aromas of smoke, salt, and old leather, sweet notes of stone fruits (plumbs) and floral, all rounded out with oak.

Uigeadail enters smooth and sweet, with butter and caramel. Within about four seconds, the flavor expands across the palate and quickly brightens. The caramel note vanishes, replaced with drier notes of tobacco, black pepper, and peat.

Ardbeg Uigeadail is legendary for good reason. It’s a superbly complex, expertly balanced dram that made me second guess my tasting notes more than once. Is it my favorite Ardbeg? It’s hard to say. Uigeadail hits the gas pretty hard on flavor and manages to stay firmly in balance. But I do wonder if releases like Corryvreckan manage to pack just a bit more flavor and remain as balanced as Uigeadail.

Disclaimer: Though by no means my first ever (or second or third ever) bottle of Ardbeg, this bottle was gifted for review by Ardbeg.

Brand evangelist, digital marketer, cigar and spirits expert specializing in consumer tasting and educational events. Matthias made the long trek from his hometown of Portland, Oregon to New York City in 2007, and in nine years has hosted more than 120 events and helped promote and launch dozens of cigar and whiskey brands in the U.S. In 2016, he joined the Cigar Journal Tasting Panel, blind-reviewing pre and new release cigars.
« Four Roses Small Batch Bourbon Review» Four Roses Yellow Label Review