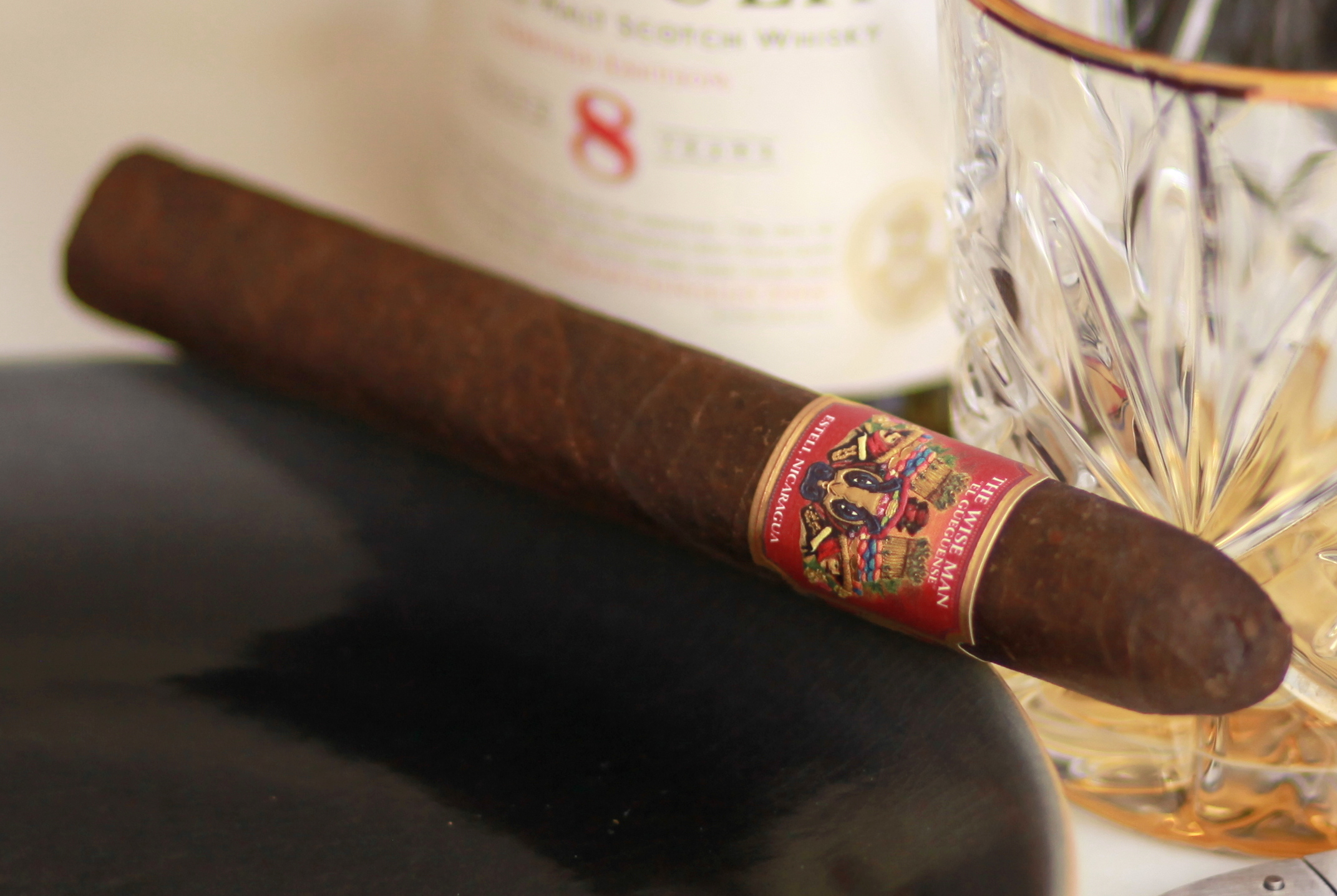 In the seventeenth century, somewhere in the streets of a small colonial Nicaraguan city governed by the Spanish authorities and inhabited by indigenous and mestizo people, a comedy play of high cultural value was born. Expressed in the play was a rejection of the Spanish domination in a mocking, ingenious, and creative way. Over time this theatrical piece transformed into a national symbol for its protesting character that identified the Nicaraguan people. Three centuries later the UNESCO declared this work “Oral and Intangible Heritage of Humanity”.

This historical play, by a unanimous author, is “El Güegüense o Macho Ratón”, the first literary Nicaraguan work, pertaining to the Nahuatl culture.

Building upon the foundation of its predecessor cigars, Melillo sought to take the next logical step by expanding out of the Esteli Region of Nicaragua into other regions of the country, as well as to Mexico (home of the increasingly famous and fertile San Andres Valley).

The Wise Man bears a most striking appearance. The wrapper is dark, positively rugged-looking and finely assembled, to the point where if you removed the wrapper, you might mistake it for a Padron 1926 Anniversario. The wrapper is also satisfyingly fuzzy to the touch, and exudes a cold odor that hints of nothing but, I kid you not, pure, unadulterated tobacco (another first for yours truly). The body is unique as well; hard as a rock, but without being brittle. The cap is the epitome of the body’s robustness; perfectly wrapped, and no loose ends to found after being cut.

It’s 9:50pm, and the Wise Man gets right down to business by emitting a sweet crackling sound the moment the match’s flame begins toasting the foot. Given the body’s all-around hardness, the draw is surprisingly loose, clearing the way for a heavy and rich spice that immediately and smoothly settles into the palette. The retrohale is equally spicy in nature. Yet, like the draw, its flavors are able to shine through without searing the tongue or nostrils. The background is characterized by delicious combination of nutmeg and cinnamon sugar, offering a crucial counterweight to the spice in the foreground.

The second third sees the burn begin to canoe slightly, but the Wise Man’s lush, white/grey ash holds firm while consistently emitting enormous smoke clouds with every puff. The flavor profile gets more and more interesting, on both fronts. The background emits what can only be described as refreshing peppermint element. This new note, along with the nutmeg and cinnamon, partially melds with the foreground, resulting in a new flavor that tastes like a Dark & Stormy. All this in spite of the fact that the flavor is partially compromised by a persisting under-matured tobacco and a slightly tightening draw.

As the ash finally falls off the foot for the very first time, the flavor profile continues its variation streak with a background note of bitter fruit, which eventually merges with the spice, cinnamon, nutmeg and peppermint to complete the mix. Unfortunately, the flavor begins to strangely disappear entirely near the end, though thankfully not completely. The draw begins to loosen up again, and the burn holds steady, keeping itself relatively even throughout the last third. The smoke finally, and conveniently, comes to an end at 11pm on the dot.

It’s been a long time since I reviewed a cigar with a flavor profile this complex. The combination of notes and the way they interacted and melded with each other was like a breath of fresh air. The fact that the draw and burn were as relatively consistent as they were made the experience all the more enriching. The gradual disappearance of the flavor profile on the final third wasn’t the most desirable outcome, but the Wise Man is still a powerhouse of a cigar that deserves a place in Cigar Aficionado’s top cigars of 2017.

Charlie Freeman was born in Atlanta, Georgia; his mother is from Greenwich Village and is one-quarter Spanish Cuban. Thus tobacco and New York City were in his blood from the beginning, despite his refusals to indulge in either of them in his earlier years. He was first exposed to cigar culture after moving to New York in 2011. He has been advocating the art of fine tobacco smoking ever since, and he currently works at Ash Fine Cigars in Hoboken, NJ. In addition to his interest in tobacco, Charlie is a semi-fluent spanish speaker, an amateur swing dancer and musician, specializing in guitar, vocals and keyboards.
« Fonesca Nicaragua Toro Review» Aging Room Pelo de Oro Review