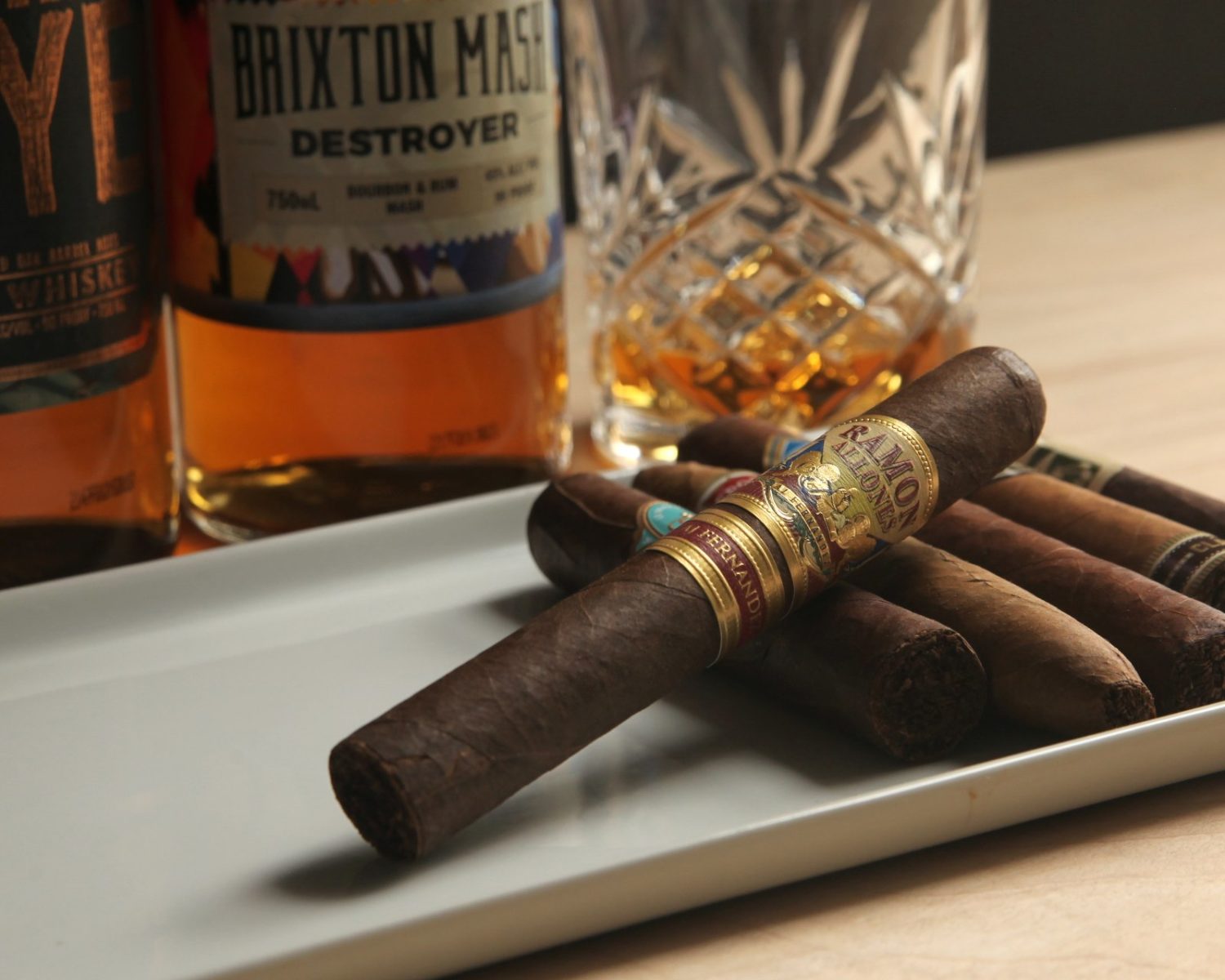 In the second half of the year, a lot of the new 2018 releases finally start becoming available for purchase online, which means over the next couple of months we’ll be reviewing a steadily increasing number of 2018 cigars. This will help us get a lay-of-the-land, and hopefully put together a Top 10 list at the end of the year that’s a fair assessment of the industry.

All that said, today we’re reviewing a new release from General Cigar Co., the Ramon Allones by AJ Fernandez. Ramon Allones is a name that seems like it carried a lot of weight a couple of decades ago when the industry was still largely dominated by all of the old Cuban brands and their Dominican derivatives. But the name faded into obscurity. General Cigar Co, who bought the rights to the brand long ago, is attempting to resurrect the brand by leveraging the star power of AJ Fernandez, a master blender who has worked for countless brands over the last three years.

I’m always skeptical of reboots. Let’s see how this goes. 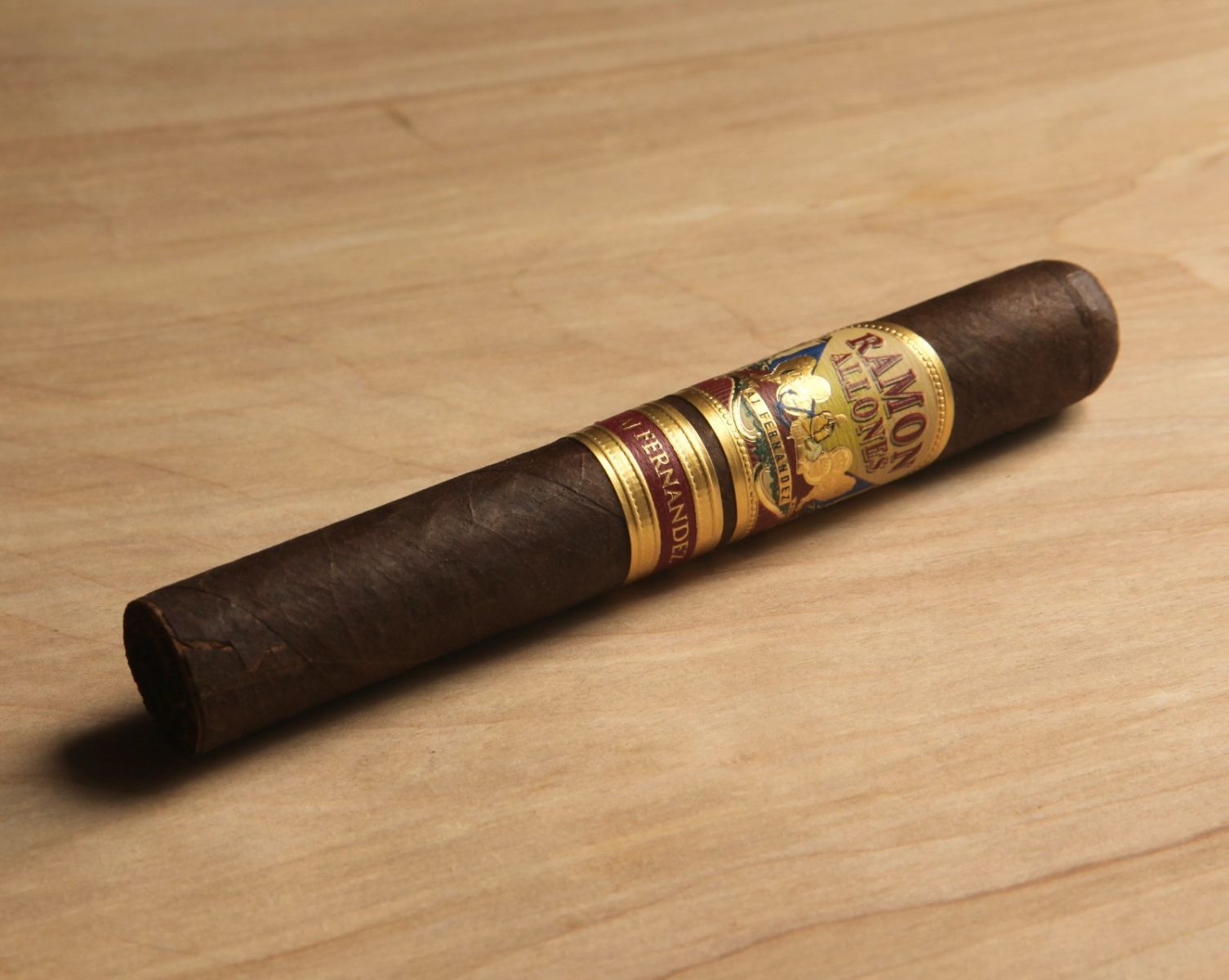 The Ramon Allones by AJ Fernandez is presented in regal fashion, with a bold and intricate double-band featuring predominant colors of gold and red with accents of deep blue. It’s a really attractive brand, and I hope the quality of the cigar lives up to it. You can really see the Fernandez factor on the brand as well. General Cigar is clearly trying to leverage Fernandez’s brand–his first and last name are listed twice. Once on the primary band and again in larger letters on the secondary band.

The cigar itself is a beauty as well. The outer habano oscuro wrapper is impeccable, with very few veins and a dark, dusty brown look. The cigar is packed quite tightly and with no soft spots. After using a straight cut on the cigar, the draw reveals itself to be fairly restrictive, probably a 7/10 in terms of restrictiveness. The pre-light draw doesn’t reveal much more than some chocolate and earth. A whiff off of the foot has about as much character, with aromas of dry wood, dust, and coffee.

Wow, lots of flavor as this cigar kicks off. Smoke production is fantastic as well, seemingly unaffected by the slightly tighter than average draw. Lots going on: the smoke coats the whole palate with rich, dark flavors. First and foremost is leather and dark chocolate, followed by some oak. The aroma is a fascinating counterbalance, with a touch of vanilla and orange peel. After the first five minutes, the strength settles down from medium to full to a solid medium. Texture-wise, the smoke is smooth and slightly creamy. The influence of AJ Fernandez on this blend is obvious.

The white ash holds all the way up to the start of the second third, and the burn remains almost completely straight.

As the cigar burns into the second third, strength inches just above medium, and the overall flavor profile and the retrohale becomes quite sweet. On the tongue, a dark cherry note emerges, alongside heavy wood. The cream on the finish does a great job of balancing out the upfront strength. Construction remains impeccable and the smoke doesn’t heat up at all.

In the final third, flavor and body remain at a touch above medium. The flavor profile as well stays mostly the same, but the sweetness shifts near the end of the cigar to become bitter (and a bit overly so). Still, a strong performance in the final moments of the cigar.

General Cigar Co made a good decision in entrusting the reboot of the Ramon Allones brand to AJ Fernandez. This cigar puts forth a number of great flavors that are characteristic of habano oscuro wrappers. More impressively, the flavors remain balanced as they develop throughout the smoke. Probably my favorite part of this cigar is the interchange of flavors and aromas evident on the palate, the retrohale, and in the smoke itself.

Time will tell of course whether or not this brand can be expanded successfully enough to really stick around and become a staple among cigar smokers. If they keep Fernandez on, I’m optimistic.

Brand evangelist, digital marketer, cigar and spirits expert specializing in consumer tasting and educational events. Matthias made the long trek from his hometown of Portland, Oregon to New York City in 2007, and in nine years has hosted more than 120 events and helped promote and launch dozens of cigar and whiskey brands in the U.S. In 2016, he joined the Cigar Journal Tasting Panel, blind-reviewing pre and new release cigars.
« Macanudo Inspirado Red Toro Review» CAO Nicaragua Review