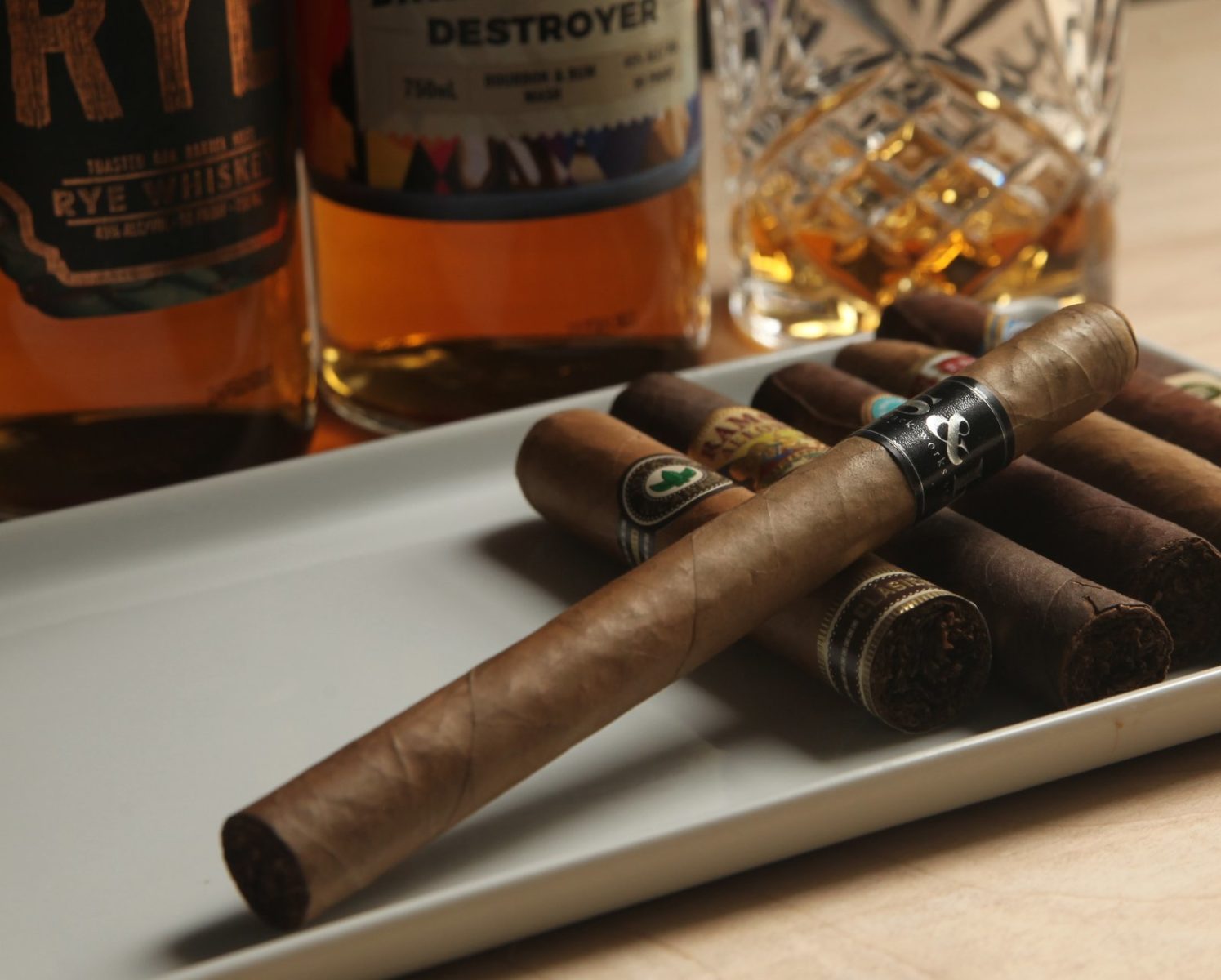 The Black Works Studios S&R is a 2018 release from Black Label Trading Co., the company behind blends like NBK, Killer Bee, and Rorschack. I’ll admit upfront I don’t know much about this company, nor have I experienced any of their products. So when BWS S&R hit my radar, I was intrigued. Some brief background on this blend, courtesy of Tobacco Business:

“S&R is an elegant smoke with complex flavors and a rich, refined finish. This cigar represents a lot of firsts for us. It is the first BLK WKS cigar to use Dominican tobacco, the first to be a softer medium profile and the first production cigar we have made with a Sumatra wrapper. I find the result to be a perfect combination,” said James Brown, creator of BLK WKS and partner at Fabrica Oveja Negra.

The Blackworks Studios S&R comes wrapped in a light brown Sumatra wrapper that is silky smooth to the touch. Veins are minimal. After using a straight cut, I test the draw and it’s about 7/10 in terms of restrictiveness. The cold draw is fairly faint, with earth, granola, floral, and some spices that aren’t discernible. It really is a beautiful cigar, with the black and silver band adding a nice touch. 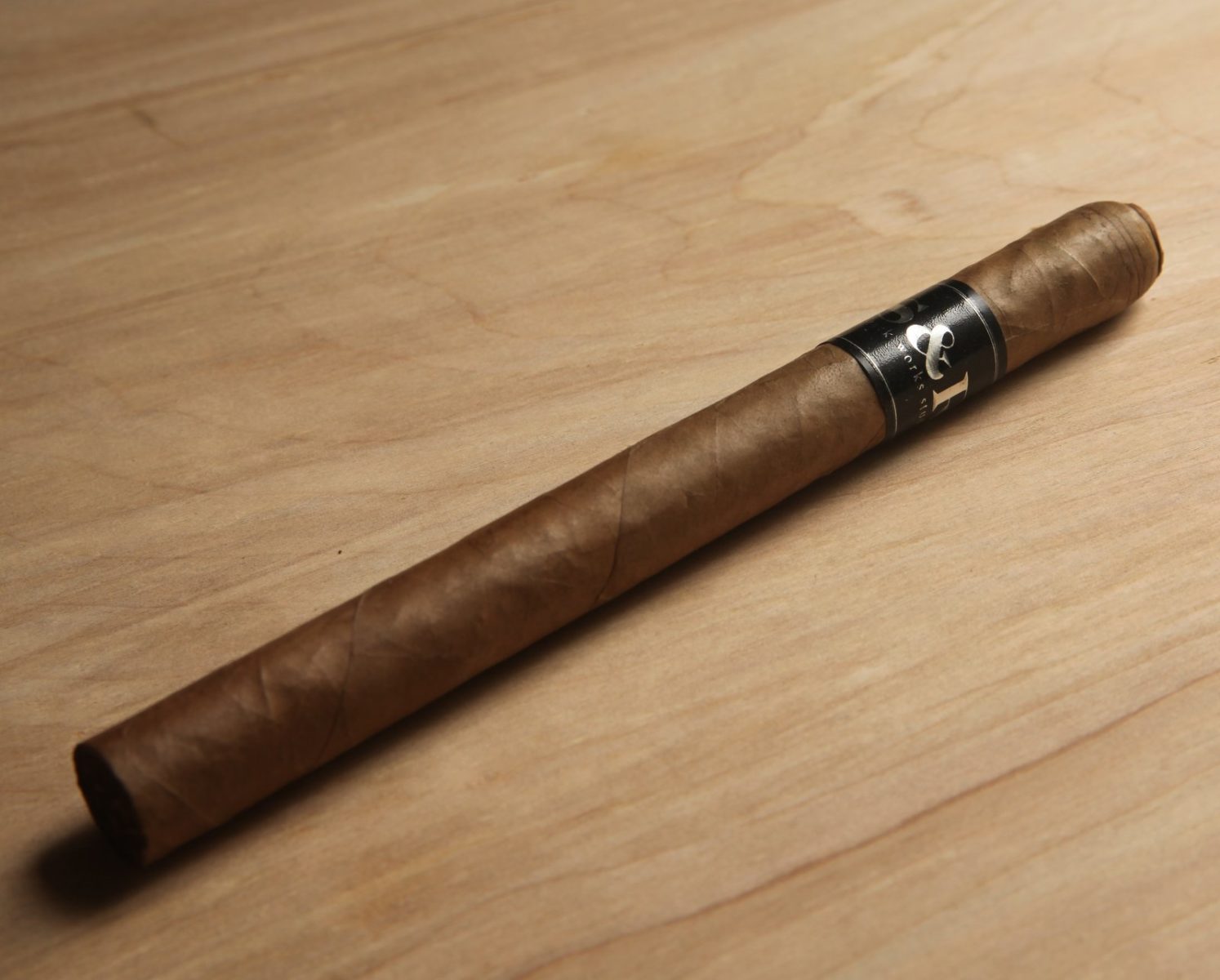 An inch in, a floral note develops along with sweet caramel note. It’s quite nice, and the ash is still holding tight with a perfect burn.

In the second third, the strength increases markedly, with notes of black pepper, anise, and dry cedar. The flavors are mostly in balance, though the cedar note is often overpowered compared to the rest of the profile. On the construction end, there’s no need to touch the burn up. By the end of the second third, the cigar is now in full strength territory, with dry wood and black pepper dominant, still out of balance with the sweeter notes.

The final third of Blackworks Studios S&R clocks in at full strength, medium bodied. The flavors by this point are clearly out of balance, dominated by cedar and dry pepper with touches of sweetness on the side. Construction is great, though the smoke heats up considerably in the final inches, providing a good stopping point.

The BLS S&R delivers some solid flavors and the construction never wavers. But for a good half of the cigar the flavors were out of balance with the wood and pepper dominating the profile. For that reason, it can’t climb out of the mid 80’s on the ratings scale, and it won’t be a cigar that I return to. Still, this blend demonstrates significant complexity at times, making Black Label Trading Co. a manufacturer I’ll be paying more attention to going forward.

Brand evangelist, digital marketer, cigar and spirits expert specializing in consumer tasting and educational events. Matthias made the long trek from his hometown of Portland, Oregon to New York City in 2007, and in nine years has hosted more than 120 events and helped promote and launch dozens of cigar and whiskey brands in the U.S. In 2016, he joined the Cigar Journal Tasting Panel, blind-reviewing pre and new release cigars.
« Aging Room Pura Cepa Mezzo Review» Vega Magna Toro Review