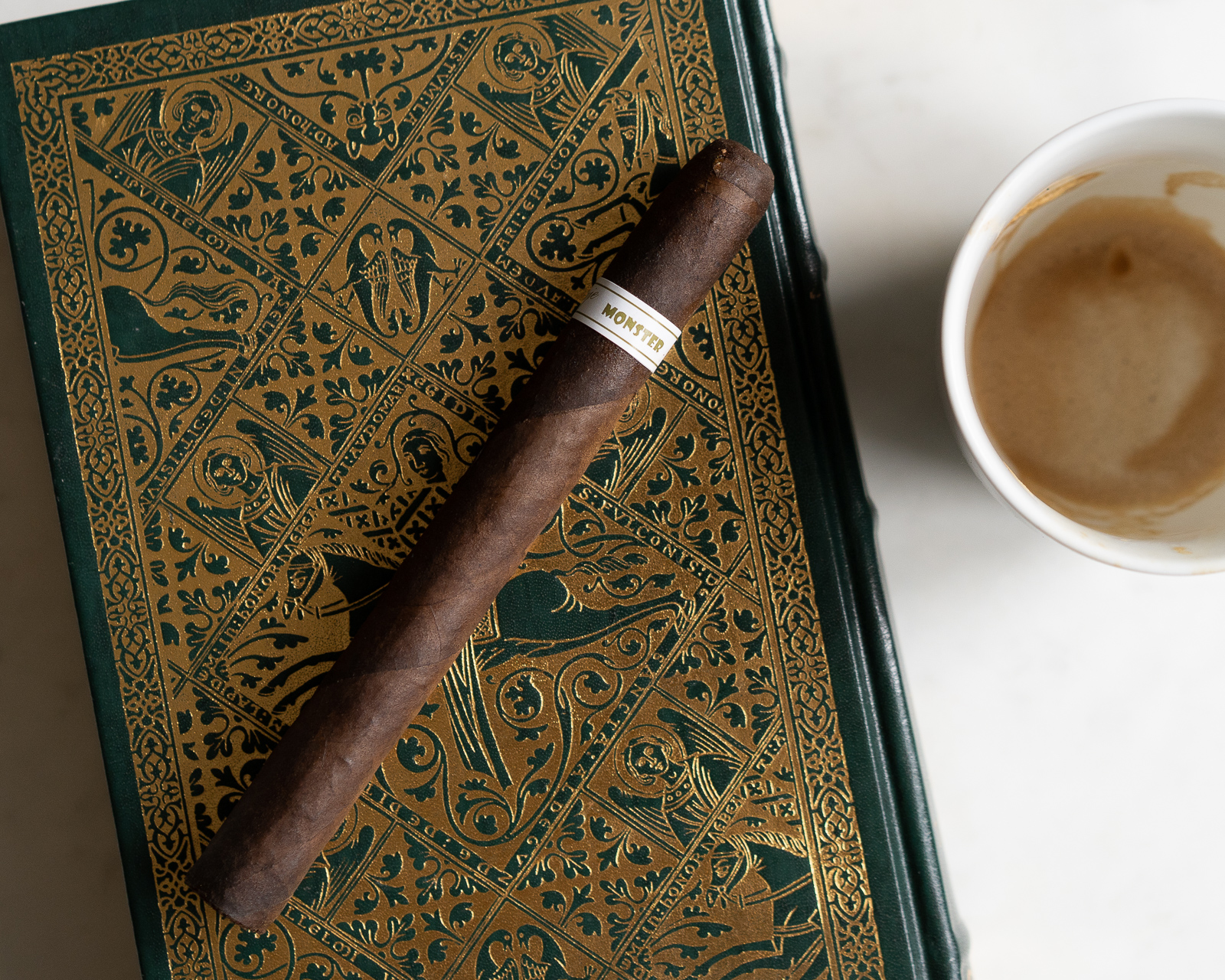 Up for review today is the Tatuaje The Bride, the final release in the famous Tatuaje “Monster” series that began in 2008.The Monster Series has always been a fun product to see released every year, mainly because it combines two of my favorite product marketing ploys: limited edition release and seasonal release.

According to Halfwheel, Pete Johnson called this cigar an “elegant monster”, clocking in at medium as opposed to some of his more full bodied monster releases (though you wouldn’t know that from the look of it). If this is to be the last of the Monster Series, I’d expect it to be…ergm.. Spooktacular. Or something.

Tatuaje The Bride is an extremely attractive cigar (no pun intended). The outer Connecticut Broadleaf wrapper is a dark, rich brown, with lots of texture and ruggedness. There is one major imperfection on the leaf which you can see on the last photo in this review, and I’m curious to see if it impedes the overall experience of the cigar. Either way, it’s got quite an inviting look and I’m excited to smoke it.

The cigar is packed evenly, though there is one soft spot about two inches from the foot. Off the foot, I can detect notes of barnyard, black pepper, baking spices, and milk chocolate. Testing the cold draw (which is just about perfect in terms of restrictiveness), there’s a spice note that lingers on the tip of the tongue, along with cedar, dark chocolate, and touches of caramel. If the Tatuaje The Bride smokes anything like the pre-light ritual suggests, it will be a hell of a cigar. 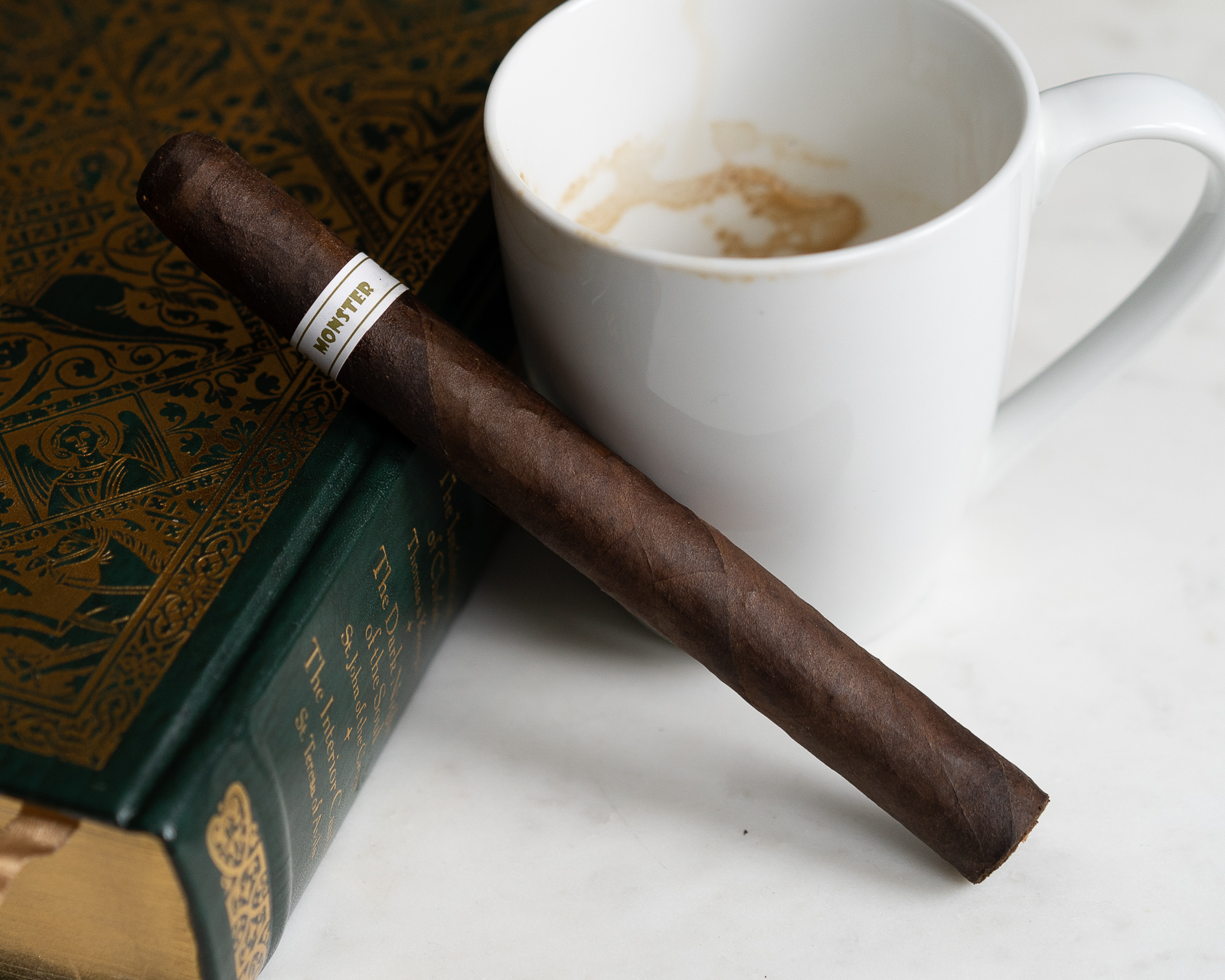 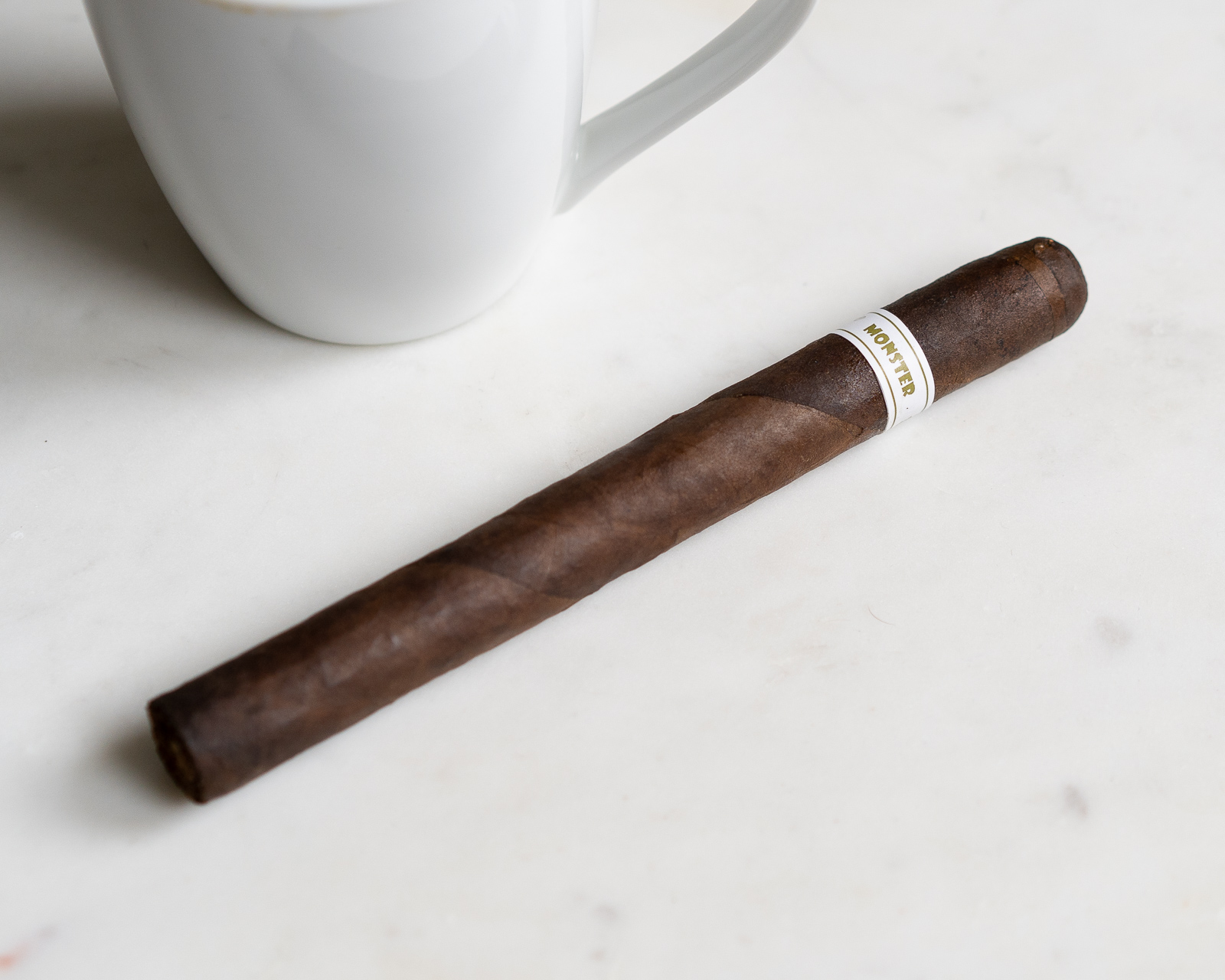 Tatuaje The Bride opens with lush, flavorful, and aromatic smoke. In order of strength are notes of black pepper, bitter espresso, salted meat, minerals, chocolate, peanuts, and finally sweet blackberry. It strikes a nice balance between salty, savory, bitter and sweet flavor categories. Testing out the retrohale, I’m greeted with a LOT of finely ground pepper and savory meats. The cigar clocks in above medium on both flavor and body, with above average smoke production. Overall, a solid start to The Bride, and I’m looking forward to the story developing. 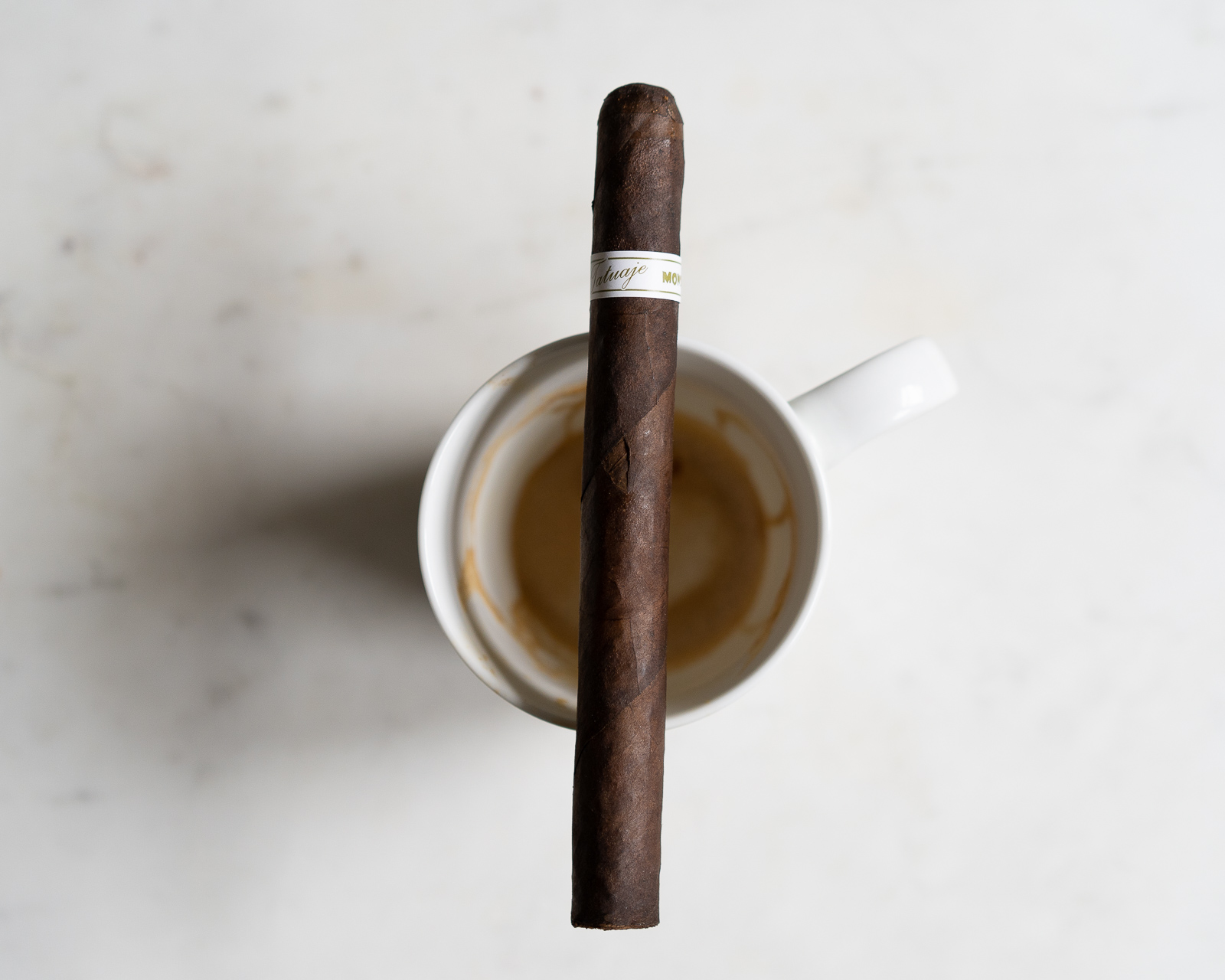 At about twenty minutes in, the flavors shift subtly. The savory meat notes become more prominent, with a tangy sweet and sour sauce riding next to it. It’s an interesting combination for sure, but not the most complementary in my mind. Construction wise, the cigar is performing well, with a slightly uneven burn and an ash that doesn’t fall for two full inches.

As Tatuaje The Bride burns into the second third, the smoke takes on a dominant dry wood character, with supporting leather and pepper balanced out by cream and stone fruit notes. It’s quite nice, and even better because the retrohale has tamed down to something much more manageable and enjoyable. The second clump of ash is still holding on as well, with a perfectly straight burn line.

As the second third burns to a close, the strength and body of The Bride increases to just shy of full, though the retrohale remains fairly tame with a neutral, charcoal like flavor. Flavors shift dramatically away from that dominant dry wood and toward sweet, with creamy chocolate and confectionary spices balanced nicely against black pepper, charcoal, and leather. A fittingly sweet end for a Halloween themed Monster.

Tatuaje The Bride serves up quite a bit of unique experiences throughout its hour and fifteen minute life span, and I can heartily recommend snapping up a few before they’re gone. The profile journeys from sweet and savory, through bitter and spicy and back again, offering up lots of complexity and great construction along the way. I will say though that the profile is not always balanced or entirely complementary, so it doesn’t earn the highest marks.

Brand evangelist, digital marketer, cigar and spirits expert specializing in consumer tasting and educational events. Matthias made the long trek from his hometown of Portland, Oregon to New York City in 2007, and in nine years has hosted more than 120 events and helped promote and launch dozens of cigar and whiskey brands in the U.S. In 2016, he joined the Cigar Journal Tasting Panel, blind-reviewing pre and new release cigars.
« Crafted By Jaime Garcia Toro Review» AVO LE05 Review