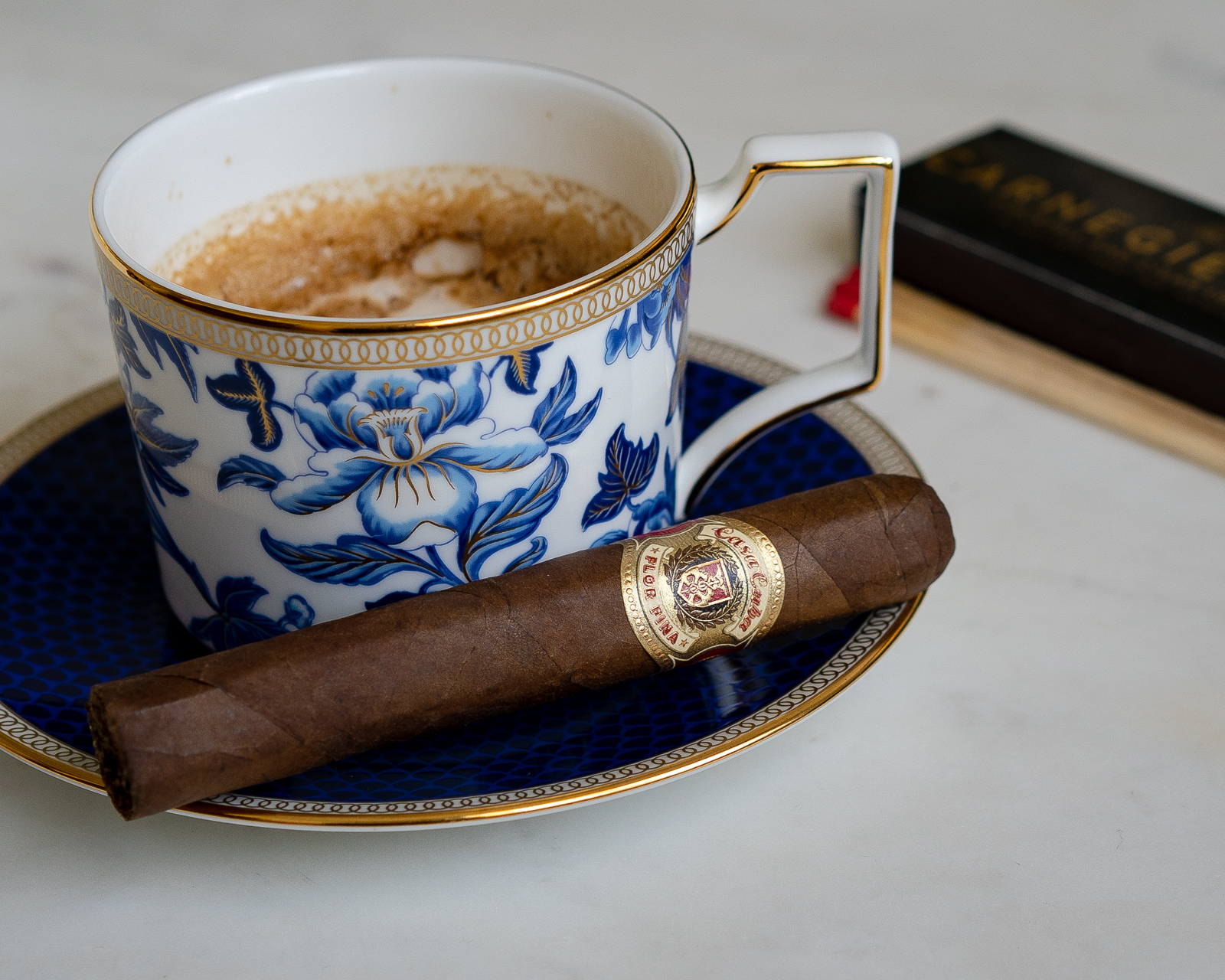 From the family that catapulted the cigar boom days into another stratosphere with the release of the Opus X in the 90’s, the Fuente family has spent decades creating outstanding well blended cigars with craftsmanship on an artisanal level. Hearkening back to the cigar days of old when cigars where more mild to medium bodied, the family patriarch—the late Carlos Fuente Sr.—blended the Casa Cuba as an homage to that period in time. Draped in an Ecuadorian wrapper with Dominican binders and fillers the Casa Cuba seeks to deliver a mild bodied smoke with lots of flavor. Based on its #23 placement in the Cigar Aficionado Top 25 of 2016, there’s evidence it achieves this goal. But it’s always good to get a second opinion, right?

This particular Casa Cuba Doble Cinco has a dark wrapper that’s slightly veiny to the touch. It’s somewhat firm with a sufficient amount of tobacco inside. The wrapper is elegant with a red and gold crest in the middle with the words “Casa Cuba” atop and “Flor Fina” on the bottom with gold leaf surrounding it. Simple and sophisticated.

Using my Xikar Mammoth Ivory Cutter, I effortlessly clipped the Casa Cuba. The dry draw pulls some wood and a bit of spice out of the cigar. Lighting up, the Casa saltiness is present along with coconut. As the cigar gets going, there’s earth and cedar on the mid palate and a nice amount of smoke. The finish at this point has flavors of vanilla and spice. 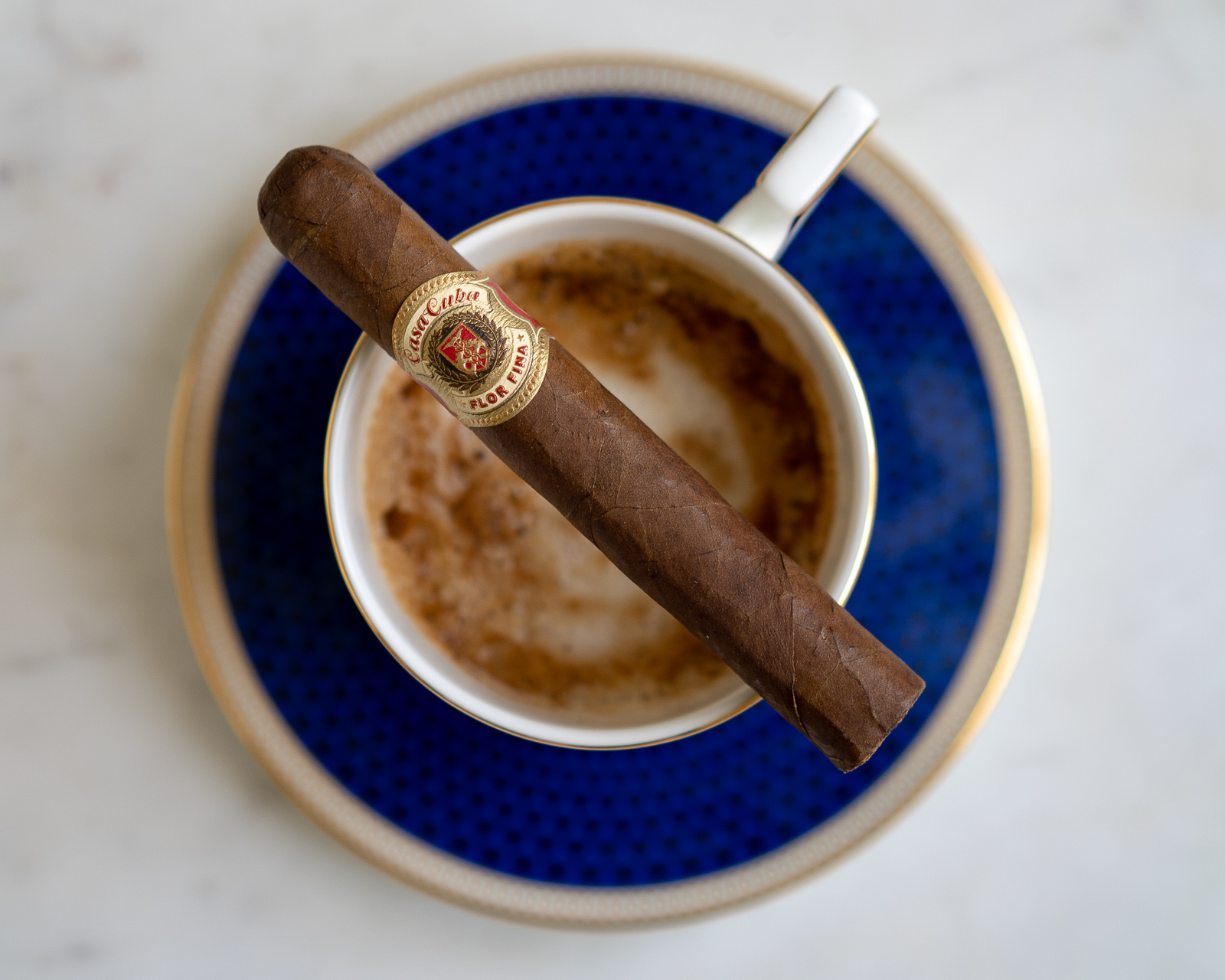 By midway, the ash is light and white, with a proper burn line and effortless draw.  The Casa Cuba becomes creamy at this point along with peanut and toffee notes. Thus far, the cigar stands in the mild range, occasionally leaning into a medium body. Some sour cherry on the short finish is brought about along with cedar. The retrohale gives some white pepper to the cigar, though that doesn’t last long.

In the final third, the Casa Cuba delivers some serious woodiness with a touch of spice intermingling. Notes of peanuts and earth on the mid palate give way to a creamy finish. The cedar picks up in spades at this point, with a sizeable increase in smoke production. The profile of the Casa continues to be in the mild to medium range at the most.

The final few puffs give much of the same in terms of wood and earth, albeit with a short finish. A mild, flavorful smoke.

I’ve met Carlito Fuente—the son of the late Sr.—many times.  There isn’t a man as passionate about life and cigars as he is. The man tears up when he speaks of the love of the leaf and honoring his family’s name with the quality he puts forth. The late Carlos Senior left a legacy in the cigar world and with his Casa Cuba blend he has brought us all back to the days when cigars were smoked without persecution and gave us an idea of the profile during those times. In these days of in your face, full bodied “bombs,” it’s nice to appreciate a mild cigar with lots of flavor.

If you enjoy wood, spice, cream, and some reflection on times long past, this is a cigar you should pick up.

Christian offers a perspective of cigars ranging from vintage pre-embargo smokes, hard to find cigars as well as current releases. His 22+ years of smoking and love of travel have taken him on cigar journeys here and abroad. From smoking HERF’s in friends backyards to smoking Montecristo No. 2s on the terrace of the Hungarian Palace Hotel in Lido Italy, Christian takes the “everyman” approach to cigar smoking being it all about taste and enjoyment of where you are or who you are with.
« Fonseca Vintage Robusto (2018) Review» Nat Sherman Bench 2018 No. 1 Review