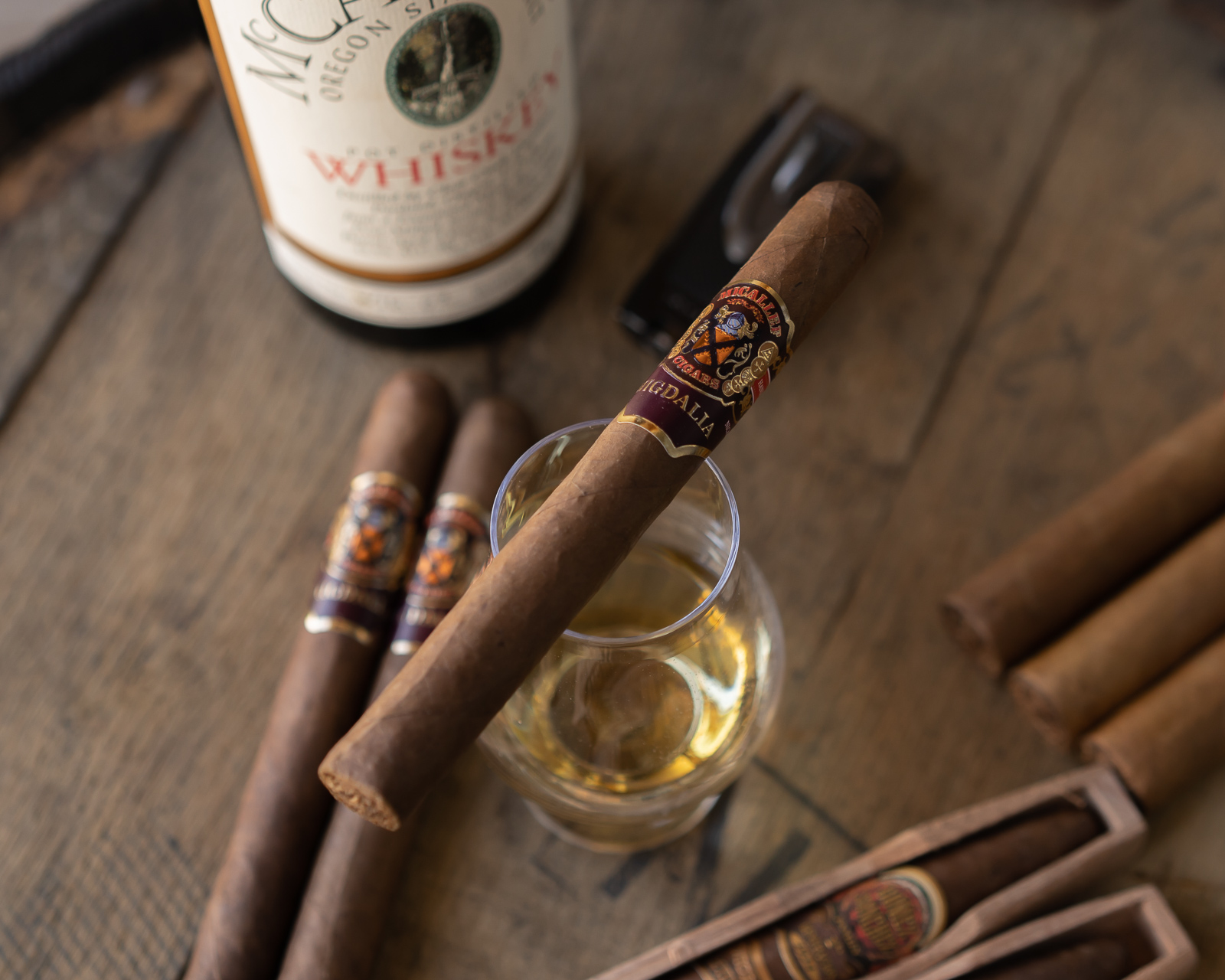 Today we review our first ever from Micallef Cigars. The brand was launched in 2017 by Al Micallef and quickly gained a reputation as a producer of quality product. Unfortunately for me, I never came across the brand in NYC or on my travels, so I was unable to see for myself what the reviews were all about. Until now.

Today we review the “Migdalia”, specifically the 2019 release of the Migdalia in 6×46 Corona Extra format. The Micallef website gives some context on the name,

Migdalia Sanchez, daughter-in-law of Pedro F. Gomez, was born in 1947 in Guantanamo, Cuba. At 17 she graduated from the School of Tobacconists in Havana. Migdalia was chosen to represent Cuba in various international exhibitions. She is widely known for her contributions to the tobacco industry and has been awarded several times as one of the best cigar rollers in the world. This is our Migdalia. 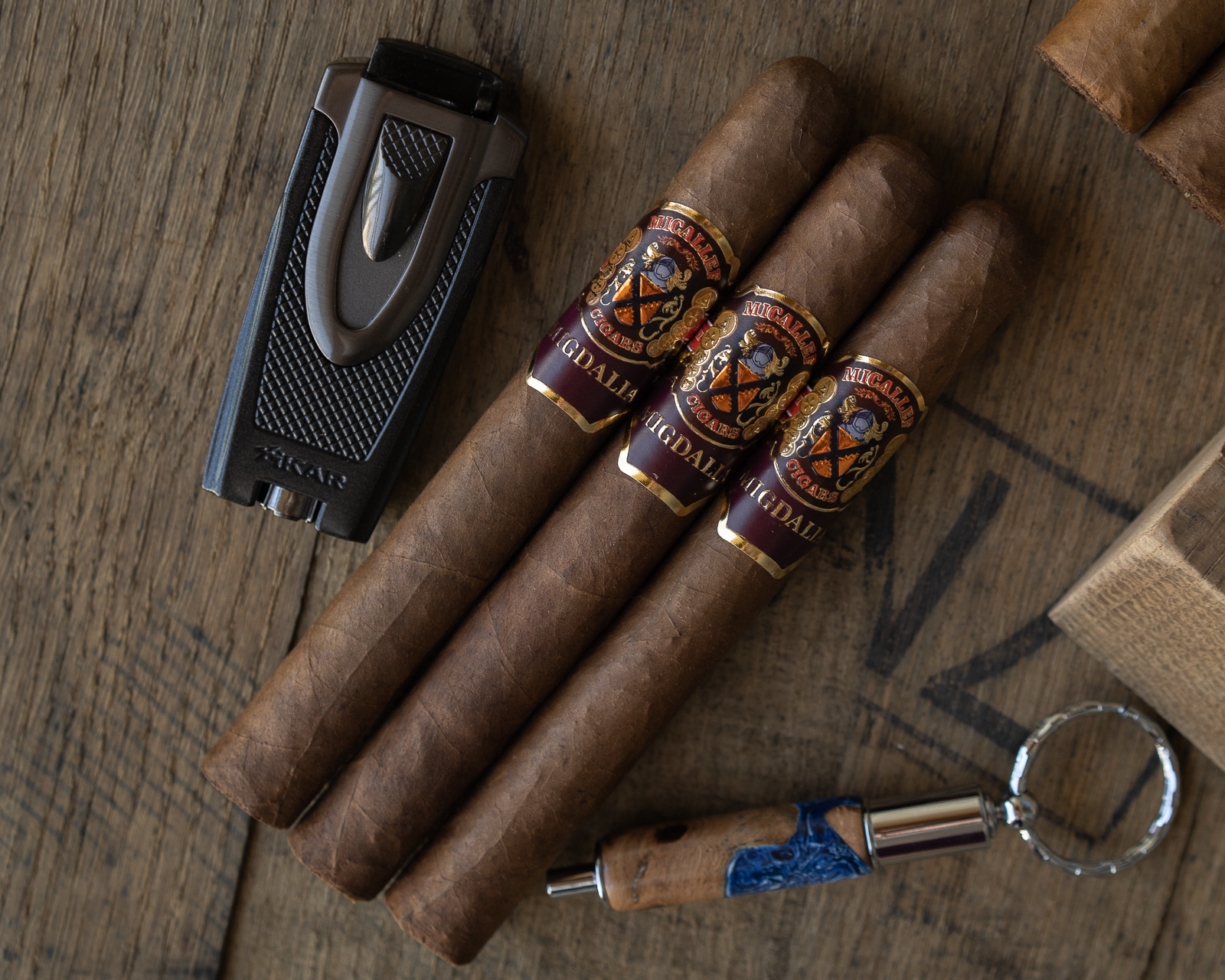 I really dig the band in the Midalia. I’m a bit of a traditionalist, so I’ll never turn down a cigar with a coat of arms at the center. The outer San Andres habano leaf has just one or two major veins, and a reddish-brown complexion.

Off of the foot I pick up hearty aromas of savory spices, black pepper, workshop, and some nuttiness. The draw is perfect, 7/10 in terms of amount of restrictiveness. The cold draw is fairly unassuming, with just some granola and earth.

As the Micallef Migdalia ignites, it comes right out of the gate with a very balanced medium bodied smoke that is hearty, savory, creamy and slightly sweet. Major points for complexity there. The first impression on the palate is cedar followed by bittersweet chocolate, peanuts, earth, some spice and finally cream on the finish. The retrohale by comparison is assertive and full of white pepper. Overall, a remarkably well balanced profile. I’m excited to see what’s next. 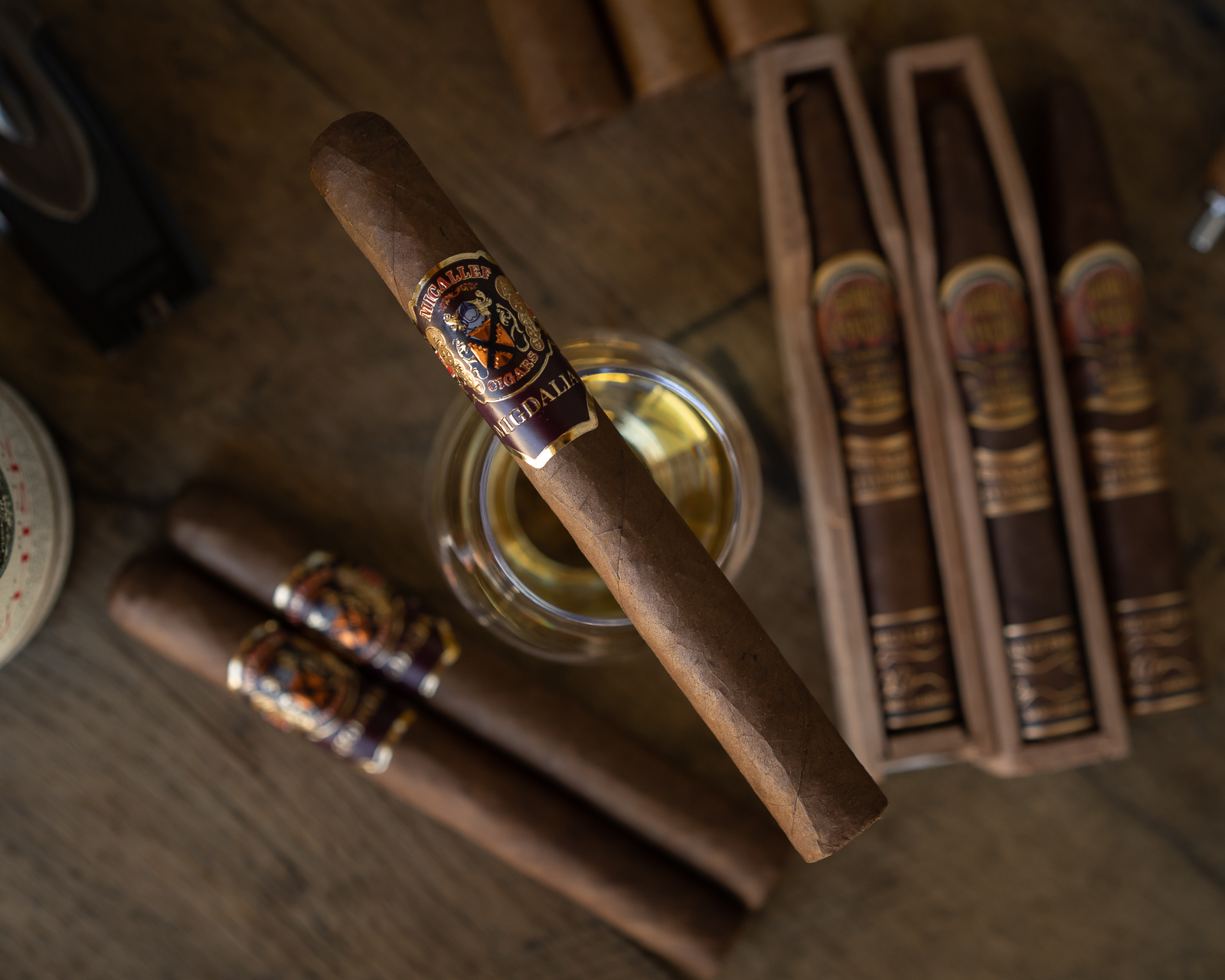 As the Migdalia burns into the second third, the strength and body are still in the medium range, though the spice is a bit lower making for a less intense experience overall. Some new flavors are evident, notably a powdered sugar/cotton candy note that’s present every few puffs. There’s also a tart, cherry like flavor that hits right around the halfway mark. Meanwhile, the retrohale tones down considerably, showcasing toasted bread, light black pepper and oak (yum). Construction never misses a beat, with the burn straight and the cigar producing excellent amounts of smoke.

The Micallef Migdalia continues developing as it nears the final third, with some spiciness that hits the tip of the tongue and leather on the palate. The profile overall remains mostly split between spicy, savory, bitter, and sweet. This continues on up until the last inch and a half, where the smoke takes on a mostly oaky, leathery feel that’s augmented by a bit of cinnamon.

To say I’m impressed by the Migdalia from Micallef cigars would be an understatement. The Migdalia puts forward an admirably complex, fully balanced mix of savory spices, oak, nuts, cream, and much more. It reminds me quite a bit of the Oliva Serie V, with similar strength and expressiveness though perhaps a touch less raw power.

Brand evangelist, digital marketer, cigar and spirits expert specializing in consumer tasting and educational events. Matthias made the long trek from his hometown of Portland, Oregon to New York City in 2007, and in nine years has hosted more than 120 events and helped promote and launch dozens of cigar and whiskey brands in the U.S. In 2016, he joined the Cigar Journal Tasting Panel, blind-reviewing pre and new release cigars.
« AVO Unexpected Passion Review» Trinidad Vigía Review