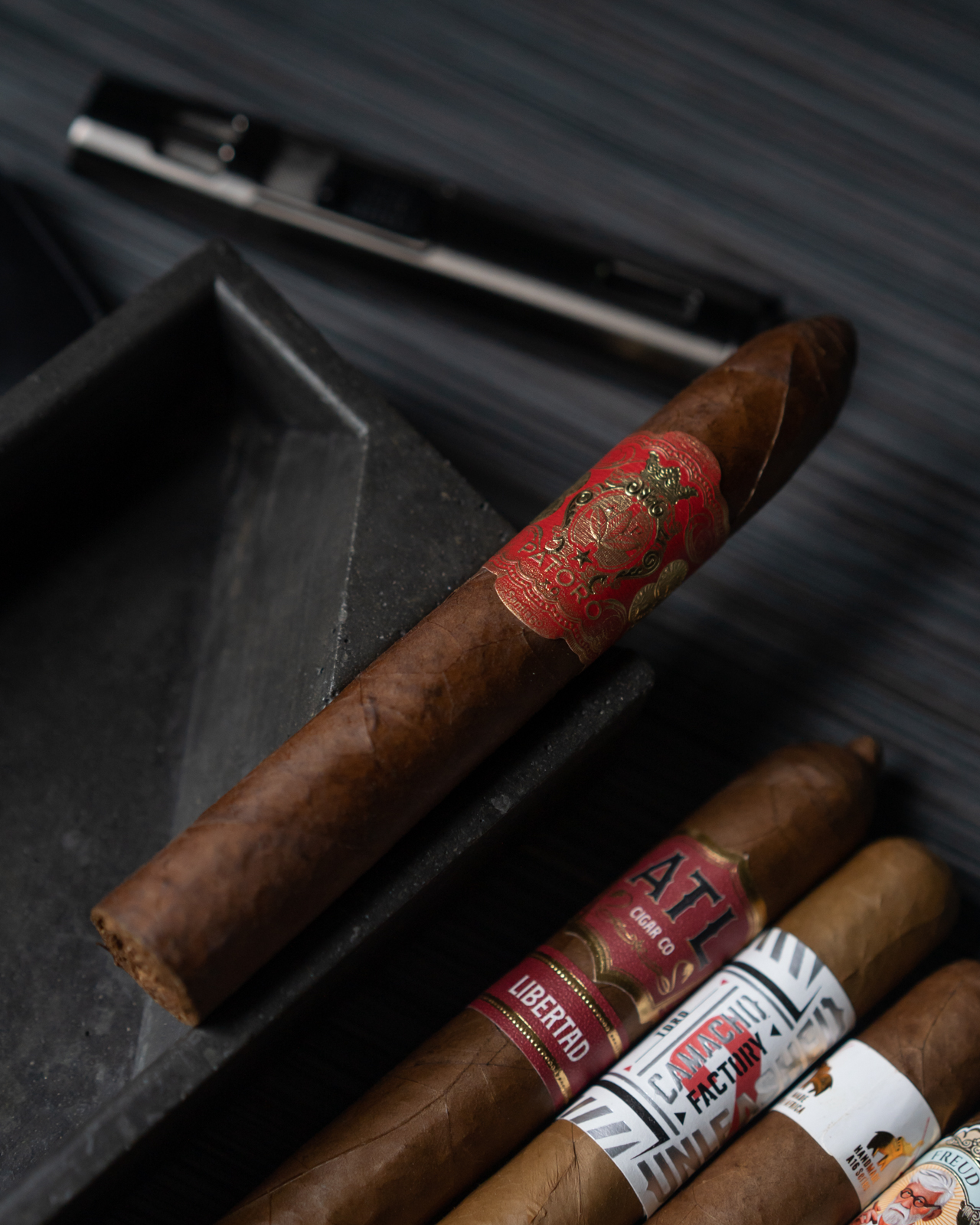 Dr. Pablo Richard of Patoro cigars introduced an XO VA line made up for tobacco over a decade old in a special aged blend. This newer vitola in the line is made up of those aged tobaccos rolled at the De Los Reyes famous factory. These are Dominican puros in wrapper, leaf and binder and from what I have heard are marketed as a boutique high end smoke with a price tag to match. I have not had this line before and smoking blind I appreciate this size and looking to see what flavors it delivers. 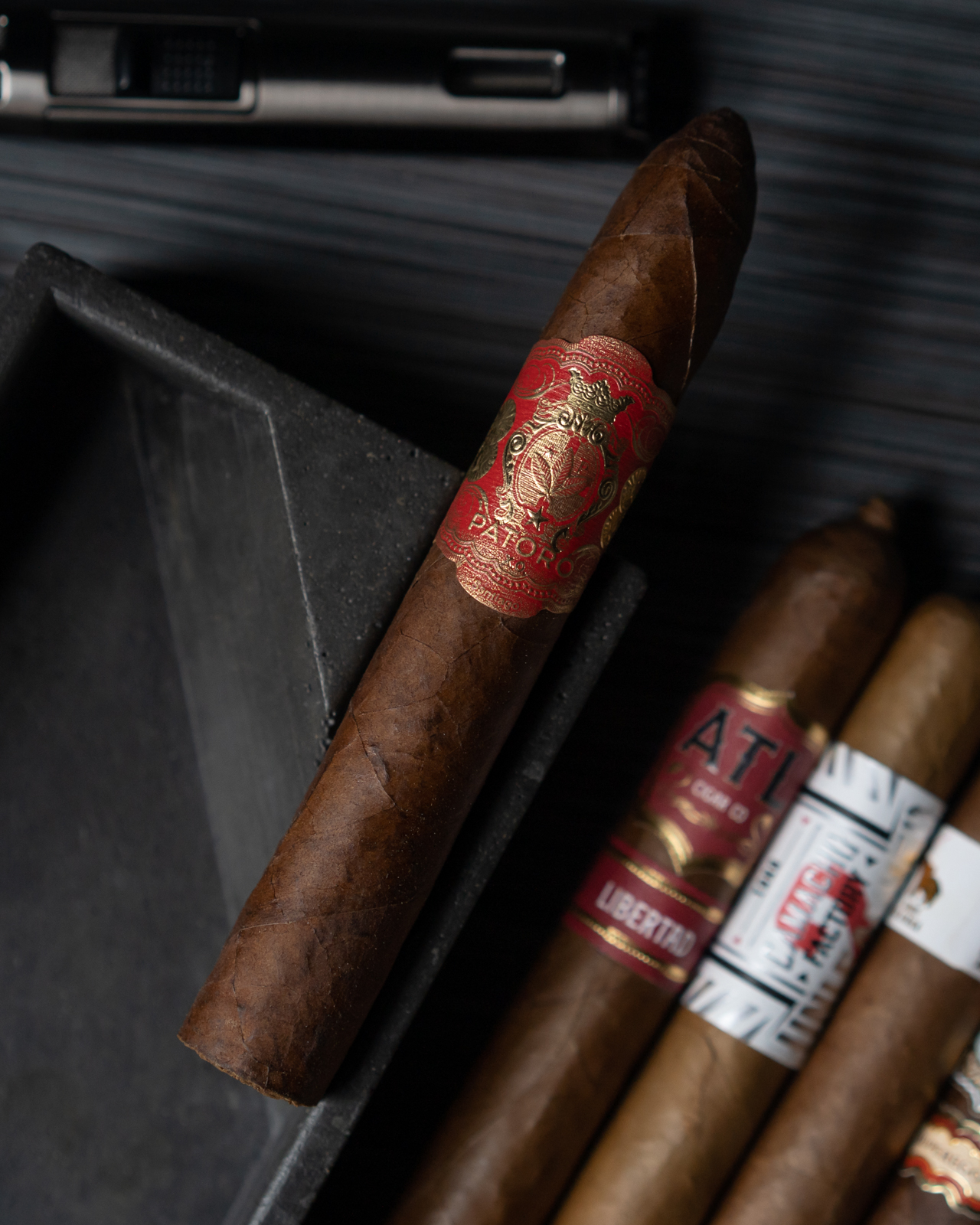 This wrapper is dark and veiny with an sheen to it. Squeezing the cigar it has several soft spots and is a bit spongy to the touch. The roll seems a bit lopsided and the wrapper has a honeyed smell to it. The foot offers stewed prunes along with oak.

With a straight cut the dry draw is airy and dusty. Using my torch lighter I toast the torpedo and the first puff is salty and earthy. The draw is loose and seemingly under filled.  There is mineral and spice picking up with a short finish. The ash is dark gray and surprisingly firm given the less than tight roll. I’m getting a hint of cocoa and oak as I take a retrohale.  Thus far the cigar is in the medium bodied range.

Midway the smoke burns hot and I can see I need to slow the draw down a bit which difficult as it is so loose. There’s charred wood and red pepper with an earthy bitter finish. At this point I need to relight and take a retrohale that’s earthy with cashew on the back end. I’m picking up a meatiness that gives the cigar a little more weight in the mouthfeel. More oak and char pick up which put this stick in the medium to full range. 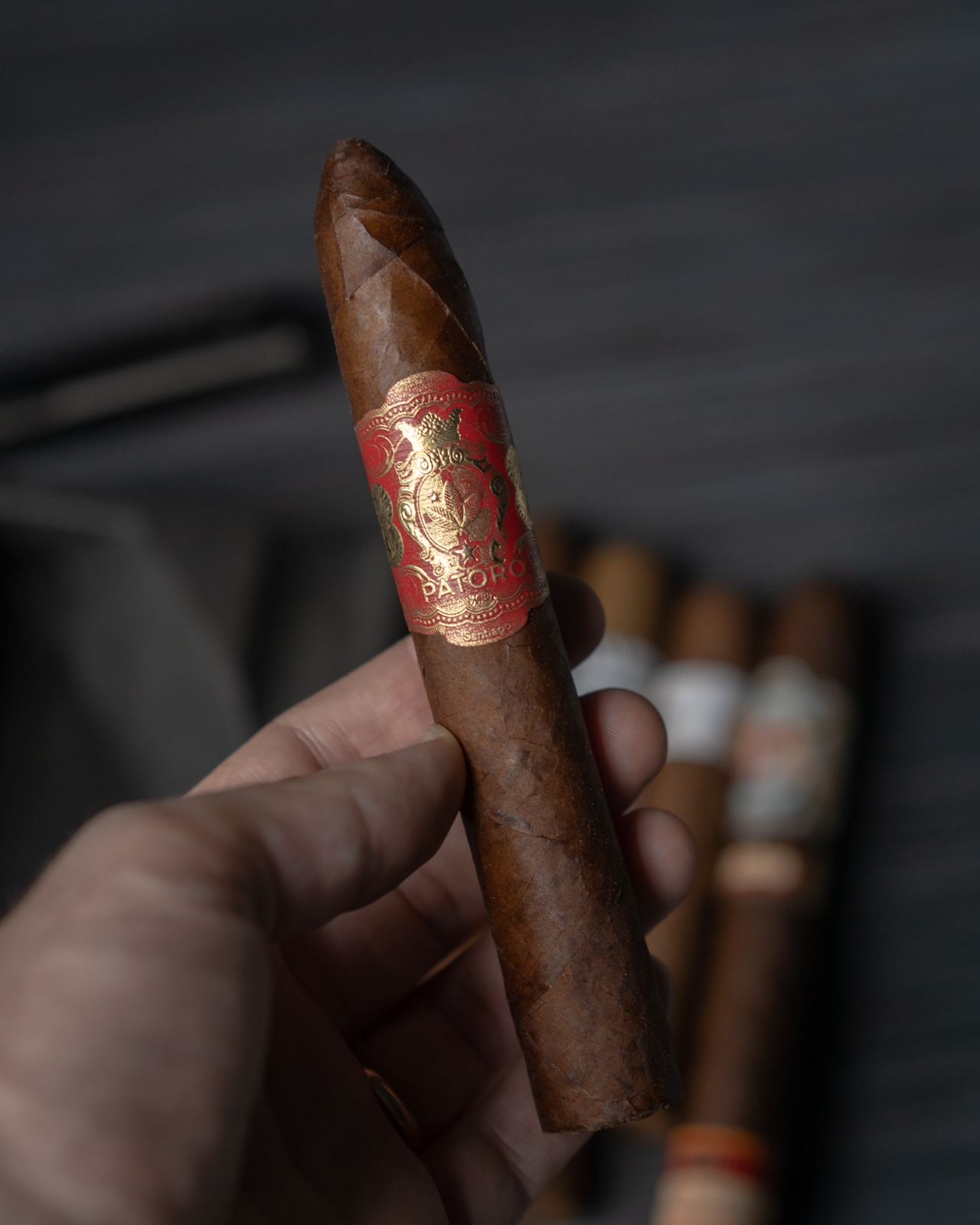 Toward the final third of this torpedo there’s a creaminess that rounds out the bitter finishes of the cigar. The notes of nuts and oak as I take a puff linger longer than before. With a retrohale minerality, earth and molasses come through as the smoke wafts slowly out my mouth. Another draw brings spice and bitterness which bites the tip of my tongue. The ash has flaked off significantly and as I take a final draw the earth and wood notes lead to a rather muddled finish.

With its loose draw and underfilled nature this torpedo was overall not the most exciting smoke. The start was salty and earthy and the spice and other notes were short. I enjoyed the nuttiness that came about midway and the best part of the cigar was the last third where it showed creaminess and molasses that helped balance out the smoke. The last few puffs finished short with a lackluster ending. The cigar was not bad in its tobacco however the blend did not do  much to entice me to smoke again.

Christian offers a perspective of cigars ranging from vintage pre-embargo smokes, hard to find cigars as well as current releases. His 22+ years of smoking and love of travel have taken him on cigar journeys here and abroad. From smoking HERF’s in friends backyards to smoking Montecristo No. 2s on the terrace of the Hungarian Palace Hotel in Lido Italy, Christian takes the “everyman” approach to cigar smoking being it all about taste and enjoyment of where you are or who you are with.
« Blind Review: Camacho Corojo» Blind Review: AJ Fernandez San Lotano The Bull Torpedo