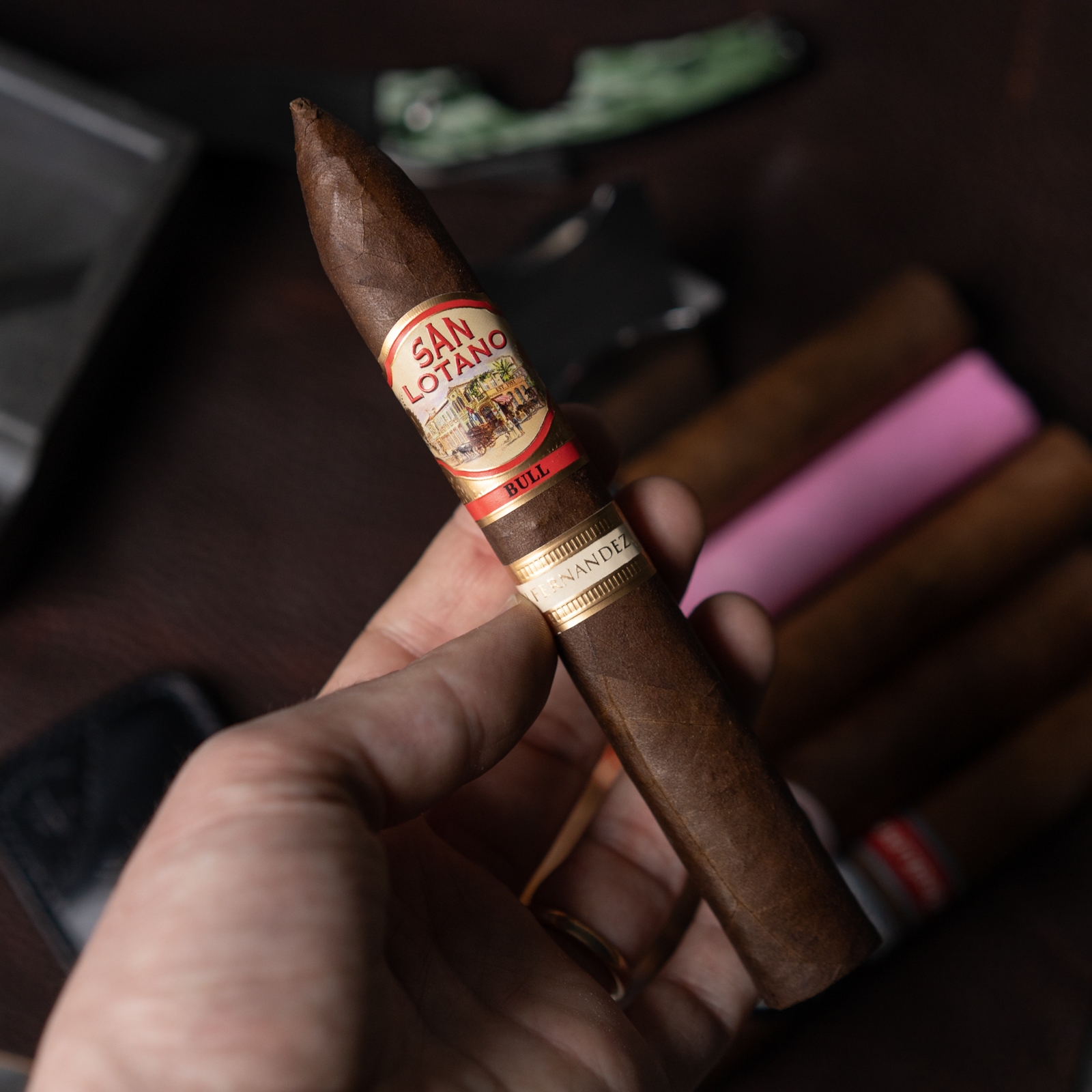 While AJ Fernandez is increasingly known as the master blender behind dozens of boutique brands and even massive names like H Upmann and Montecristo, he made his name initially with his own line of course brands. The San Lotano brand encompasses a broad array of flavor profiles, from mild (Requiem Connecticut) and medium (Dominicano) to full (The Bull). Now more than 10 years old, the San Lotano line is still massively successful and well regarded. 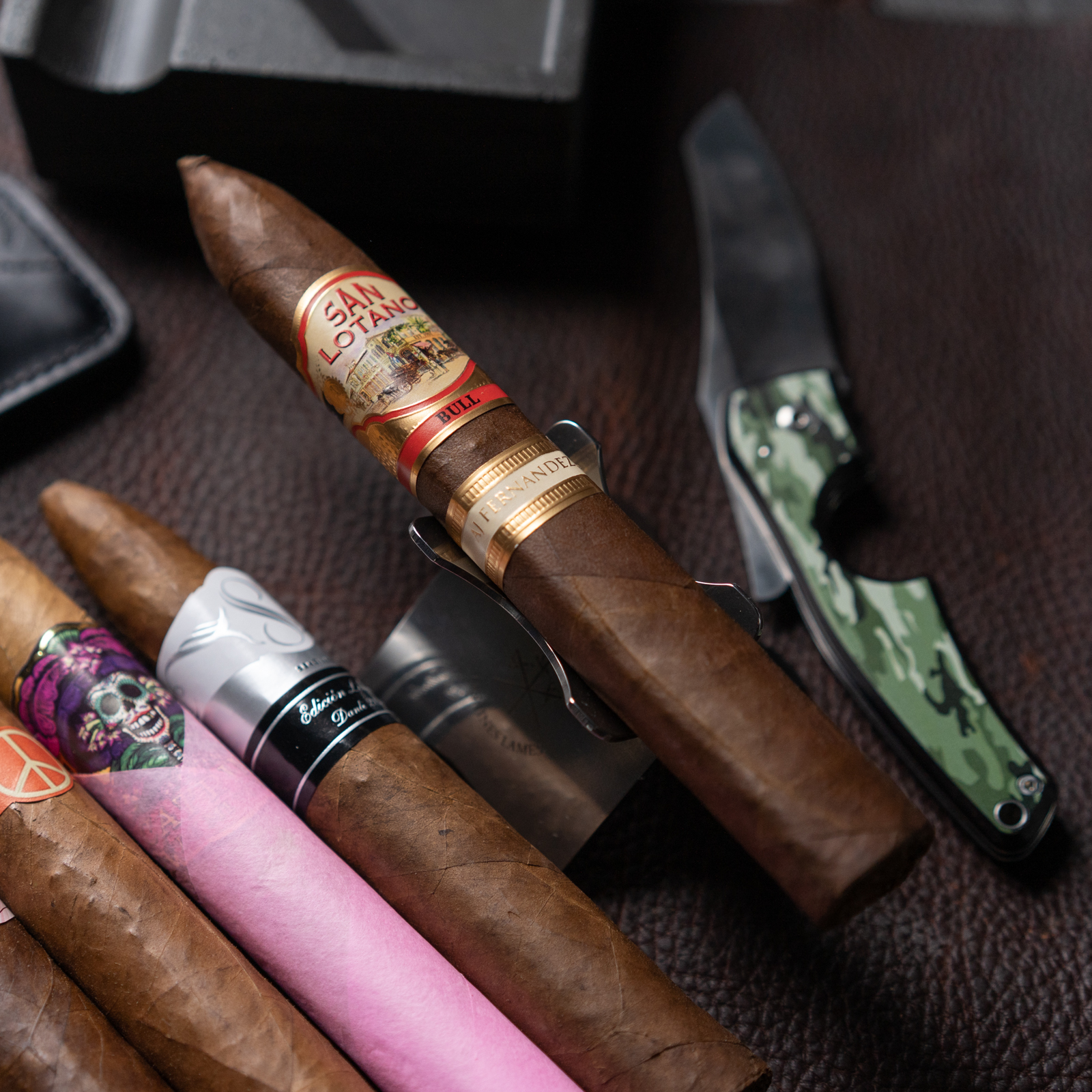 The wrapper is a nice dark brown color and the foot has a chocolate aroma. There are a few visible veins, but the cigar is smooth to the touch and the wrapper seams blend together flawlessly. The cigar itself is also soft when I squeeze it, but not in an over-humidified way, you can just tell that the draw will be wide open throughout.

I use a double bladed guillotine to cut as little of the cap off as I can, while still allowing for a nice clean draw, I do this to preserve the torpedo shape. I take 3-4 big cold draws and I am met with an abundance of chocolate and some hints of leather.

I am sitting outside and the weather is calm, so I decided to use matches to light this cigar. I use two long wood matches and strike them together, waiting for the flame to move down to the wood before lifting to toast the cigar. Once I see the toasting is complete I take two big puffs while rotating the cigar and the giant burst of flames indicate I am ready to go.

The first third starts off with a sweet chocolate flavor on every draw. The finish left me with tastes of leather and a bit of peppery spice. The smoke is thick and bellows out in big clouds while dancing from the burn line around the body of the cigar. The burn is razor sharp and the ash is holding together strongly, highlighting the construction. I find myself holding the cigar out and inspecting all aspects of it after each draw, it is worth mentioning that little puffs generate copious amounts of smoke. On the retrohale black pepper notes are strong and make my nose tingle a bit, the feeling is powerful but not overwhelming. This is definitely a medium to full body cigar, leaning more towards full body. 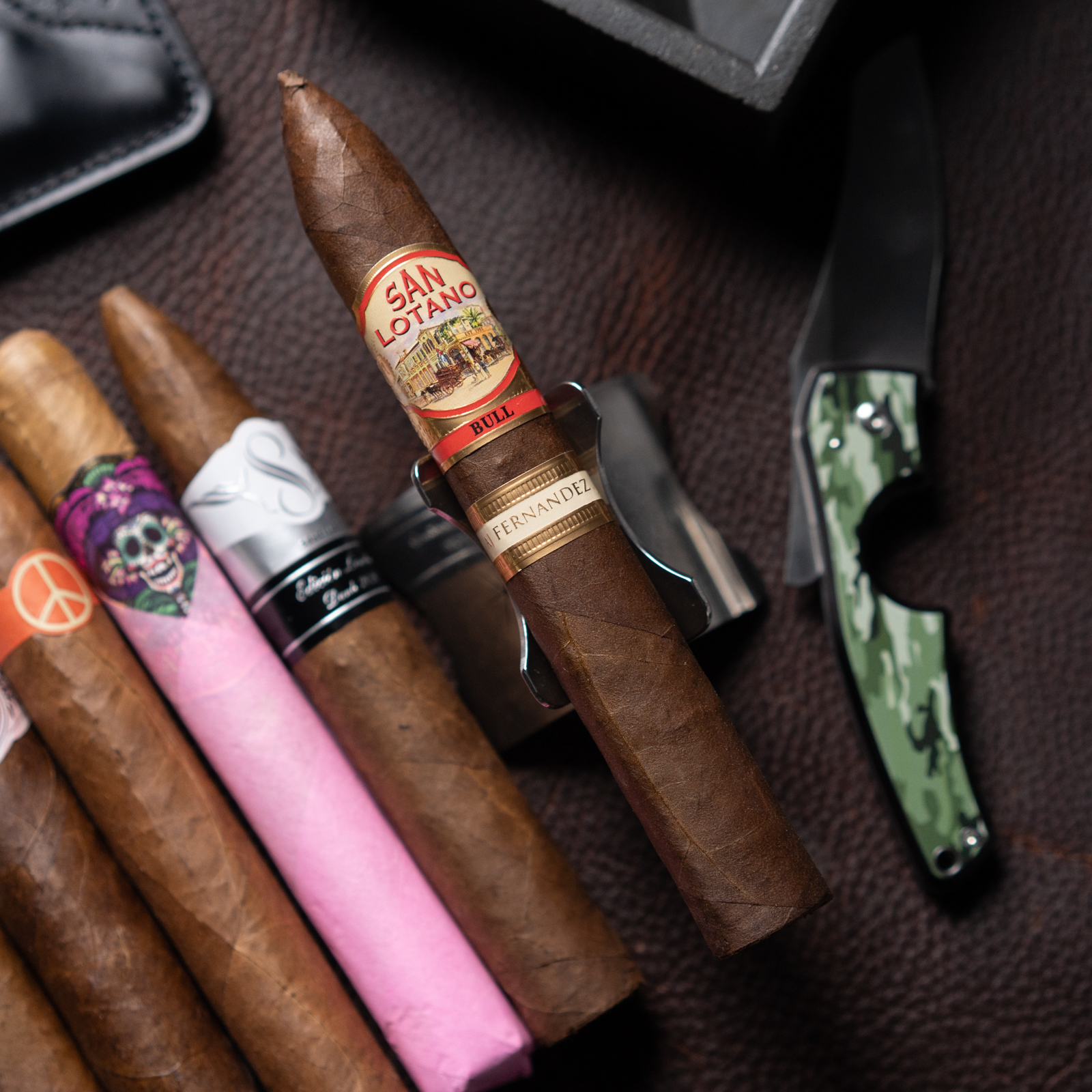 Towards the end of the first third I am starting to notice a coffee flavor that has made itself present, between that and the consistent leather that are prevalent the cigar is showing its complexity throughout the smoking process. The ash gets to about 2 inches in length before falling off in one solid chunk right in the ashtray. In the heart of the second third I am noticing the coffee flavor much more, almost an espresso at this point but a creamy espresso as you can almost chew on the smoke. The retrohale leaves me with intense espresso flavors, almost like a burnt coffee-which isn’t the greatest, but it is not terrible.

I roll my cigar on my ashtray as I think the ash is going to fall off soon and venture into the final third of the cigar continuing to experience those creamy yet powerful coffee/espresso flavors. The smoke becomes more intense the shorter the cigar gets, but the flavors are consistent. Black pepper is very prevalent on the retrohale and I begin to taste it more with each draw as the final third progresses. There was a bit of a wave that started to form on the burn towards the end of the cigar, but I don’t mind as the experience is almost over and this cigar has been truly enjoyable throughout the 94 minute smoke.

The flavors in this cigar were bold, complex and consistent. I was also extremely impressed with the construction of the cigar; the smoothness of the wrapper and the burn were great from start to finish, even with the little wave in the final third. While this cigar packs a bit of a punch, it is never overpowering. I would however shy away from this stick if I was not a regular cigar smoker, just to be on the safe side and avoid running to the cabinet for some honey to cut the potential nicotine sickness. A.J. Fernandez has a lot of cigars out there, and I have always been a bit overwhelmed by HOW many options his name is attached to, but this is one that I would go back to again and again.

Julian is a marketing project manager, graphic designer, photographer and social media manager. In his free time he enjoys reading, collecting vinyl records, playing golf, and practicing archery. He has been smoking cigars since 2009, and was inspired to try his first cigar by an episode of "The Sopranos." He appreciates the craftsmanship it takes to create cigars, the rich history of the industry and the beautiful band art.
« Blind Review: Patoro VA Extra Belicoso» Blind Review: Room 101 Doomsayer Passive Toro