Portland, OR Cigar Shop Goes up in Smoke

Fox 12 Portland reports that a fire ripped through “Roll Your Own” cigar shop in my home state of Oregon. Now, I understand this is “Roll Your Own” cigar shop, which doesn’t exactly speak volumes for quality as far as cigars go. But still, the idea of a shop so close to home going up in smoke… well, it’s just depressing. The article from Fox 12 is below. Click here to watch video coverage: 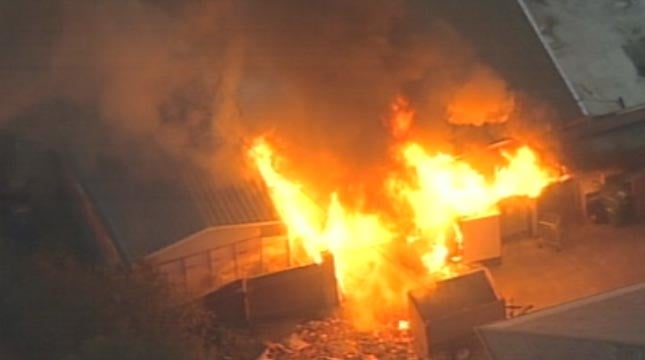 PORTLAND, OR (KPTV) – A fire broke out Tuesday morning at a building that houses Roll Your Own cigar shop in southeast Portland, and firefighters rushed to the scene to stamp out the flames.

FOX 12’s helicopter showed the flames ripping through the shop around 7 a.m.

The fire-damaged building is home to Roll Your Own Cigars, Smokes and Accessories, as well as other businesses, and is located at the intersection of 158th Avenue and Division Street.

Portland firefighters attacked the fire from outside the building and quickly gained control. It appears a storage area on the back side of the building sustained most of the damage.

The Roll Your Own shop was closed at the time the fire broke out, and there were no injuries reported. It’s unknown how the fire started, but investigators are looking for the cause.

The fire investigation shut down Southeast Division Street between 157th and 160th avenues to allow for firefighters to work. Morning commuters were told to expect delays.