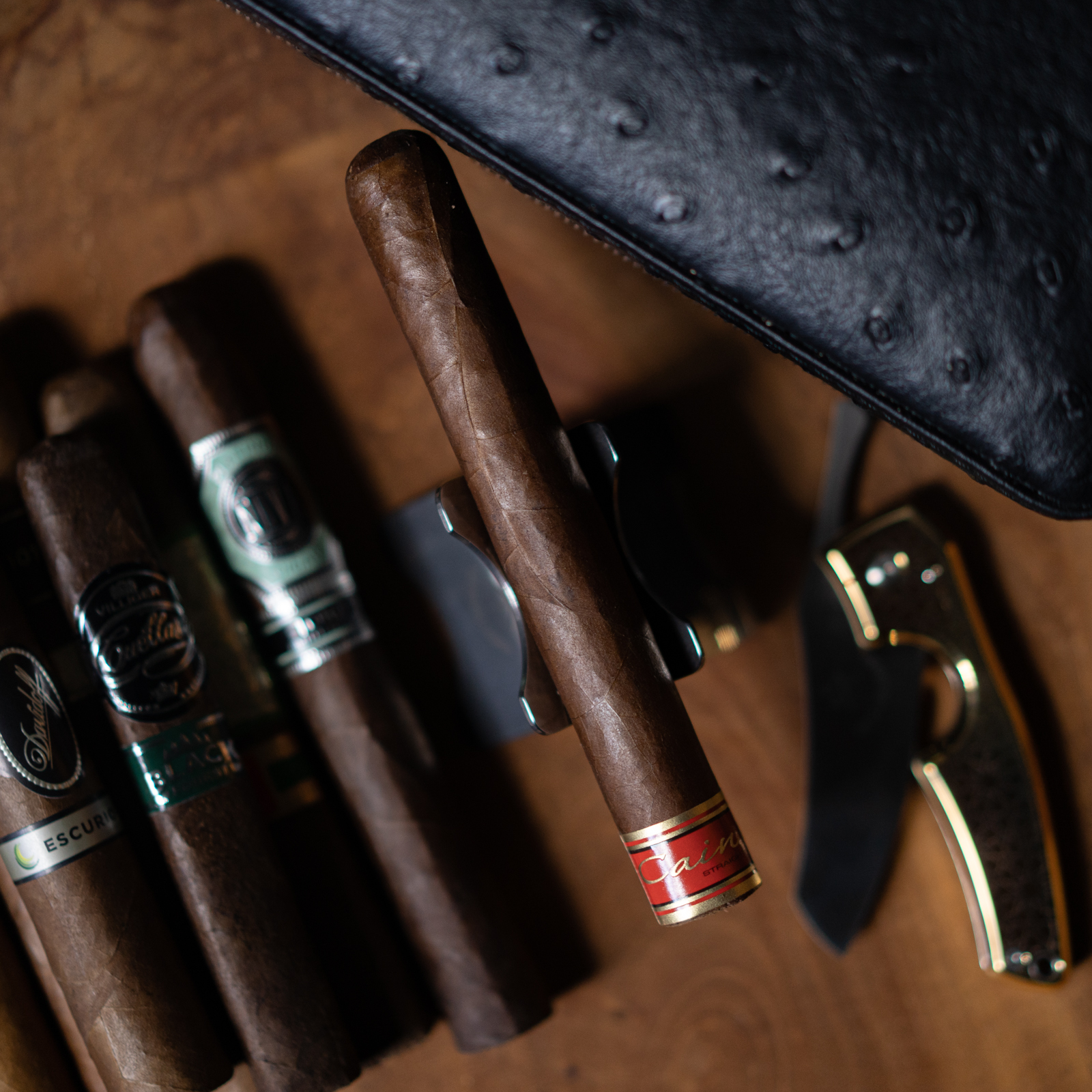 Cain F 550 cigars are handcrafted by the Oliva Cigar Company in Nicaragua. Oliva Cigar Company, founded in 1995, is Nicaragua’s second largest grower of tobacco and one of the largest cigar makers in the world. The Cain line of cigars, first appeared in 2009, and are meant to bring ligero tobacco into the focal point of your smoking experience. The F series uses more (32%) of the stronger ligero from Esteli in the filler, as opposed to the other Cain cigars. 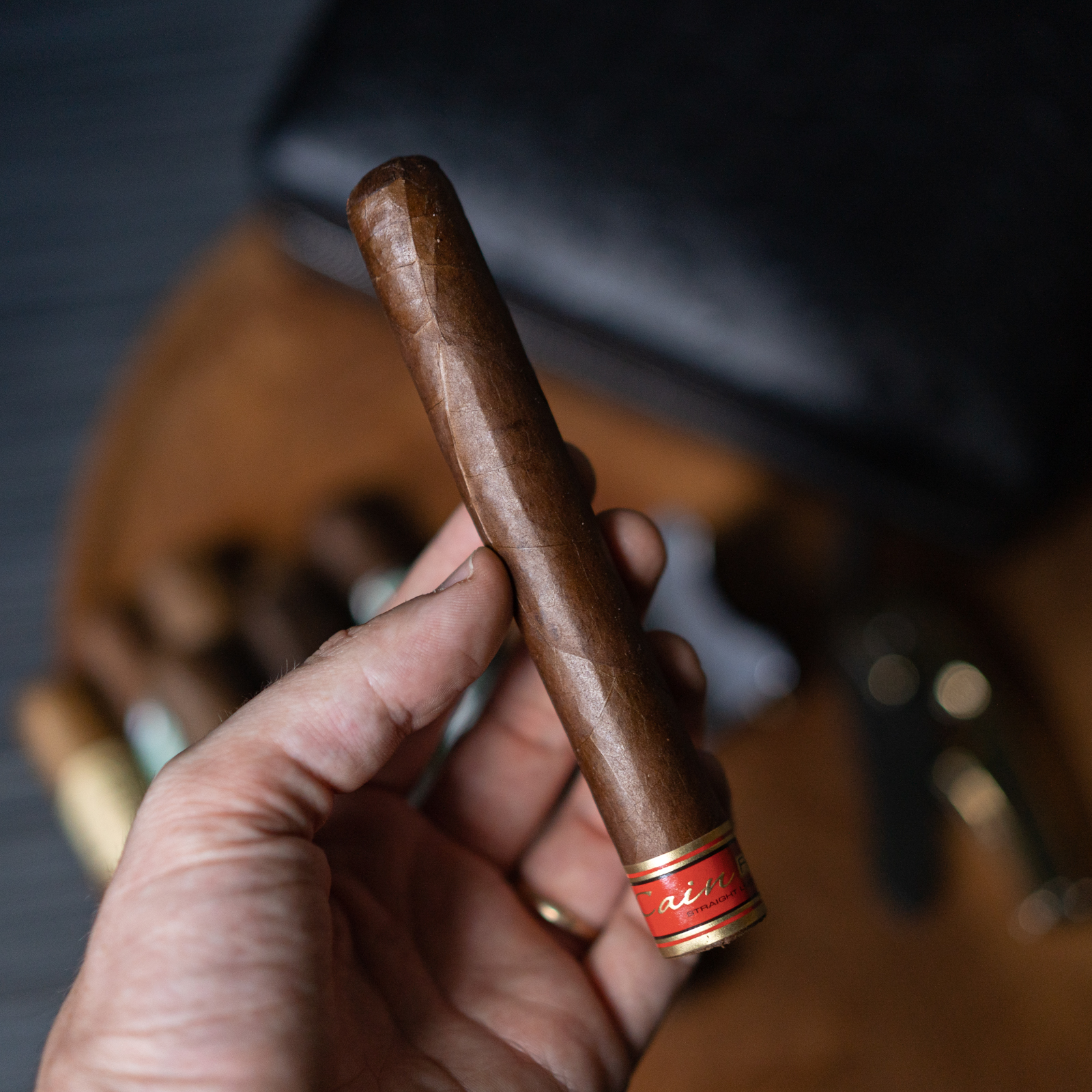 This toro cigar is a nice milk chocolate brown in complexion with a seamless wrapper. Its almost as if the wrapper leaf was just slipped onto the binder and filler like a stocking. It has a single cap, and is rolled tight. It feels sturdy, and packed fairly even from top to bottom. It has a faint hint of cedar and chocolate aroma on the body and foot of the cigar.

The cigar has a very tight cold draw, with cedar and cold steel on the breath.

It combusts beautifully with a very even light. The type of light-up where you know the construction was absolutely flawless.

The first third tastes of mahogany and spice. The tight draw is not as distracting as I would have assumed. I am just basking in the construction as I sit back and relax. This cigar is built like a battleship. Its great when cigar can put a veteran smoker at ease. I don’t foresee any burn issues in my future. More chocolate aroma off the foot. Zesty cedar and spice on the backed. Faint Strawberry on the retrohale.

Second third turns into a very woody smoke, however, its creamier with lingering spice.  The ash build up is spectacular and almost picture perfect. It still has a tight draw, bust as I mentioned, you don’t have to suck the life out of it. The cigar is managing the heat very well.  Still a chocolatey aroma off the foot. Lots of wood on the retro.

Last third, is still woody. There is less spice, but still creamy. Great smoke production with volume.  Strawberry and hazelnuts on the back end. The flavors get grippier like wine tannins as the cigar burns towards the finish line. Popcorn on the retrohale. Chocolate frosting aroma off the foot. Spice returns as the cigars ends.

The Cin F 550 was a great smoking experience. This was my first Cain ever, though not my first Oliva. Oliva always has a way of pleasing the critics. The Cain F 550 wasn’t a complex smoke, but very enjoyable with a steady change in flavor. If you like chocolate, wood, and spice, then you’re definitely in for a treat. The MSRP is also very appealing for a well built toro such as this. I would absolutely recommend the Cain F 550 to anyone looking for Nicaraguan puro with body, texture, and reliability.  Enjoy! 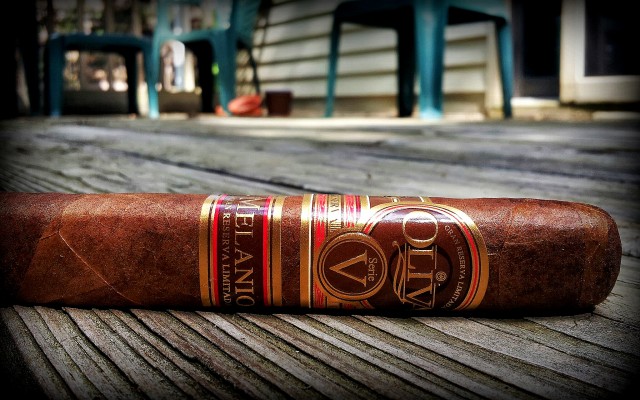 The Oliva V Melanio has been on my review list for a while, so I was very happy to pick up a few of these at Hoboken Cigars. As you’ll read, this really is an exceptional cigar that will become a go-to for me when I want to taste a classic profile.

Melanio Oliva first grew tobacco in Pinar Del Rio, Cuba in 1886. His growing operations were suspended while he fought in Cuba’s War of Independence. After returning from war Melanio resumed his operations. In the early 1920’s Melanio’s son Hipolito Oliva took over the growing operations. Hipolito cultivated the Oliva family fields for several decades. As Cuba became over-run by communist the tobacco landscape changed. Hipolito’s son Gilberto Oliva shifted from growing to brokering tobacco. In the early 60’s the pressure became too great and Gilberto traveled from country to country in search of the distinct Cuban taste. His travels took him to Honduras, Panama, Mexico and even the Philippines. Gilberto finally found fertile ground in Nicaragua. Today Gilberto along with his family are Nicaraguas second largest grower of Cuban-seed tobacco. 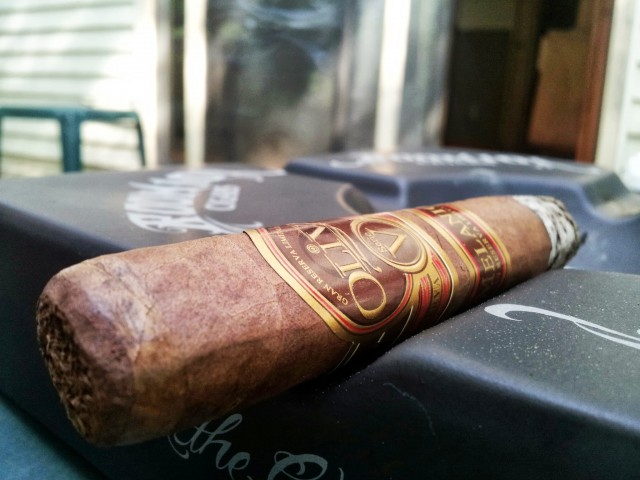 Before lighting, I take a whiff of the foot of the cigar and notice a nice mellow blend of coffee, caramel, and some woodsy notes. I strike a match, toast the cigar, and my first puff draws a great amount of smoke with strong notes of coffee, buttered toast, and a bit of wood. After about five minutes, the smoke has dropped a bit in body, but not in strength of flavor. Very, very enjoyable. Next, a subtle black and white pepper mix fades in on the retro-hale, well balanced with the slightly creamy texture.

By two thirds in, this cigar is a solid medium. Still lots of coffee, with wood and hints of leather coming through more and more. Moving in to the final third, the body on this cigar picks up substantially, with the wood and spice taking center stage. And interestingly, it ended much the way it began, body drawing down very nicely. 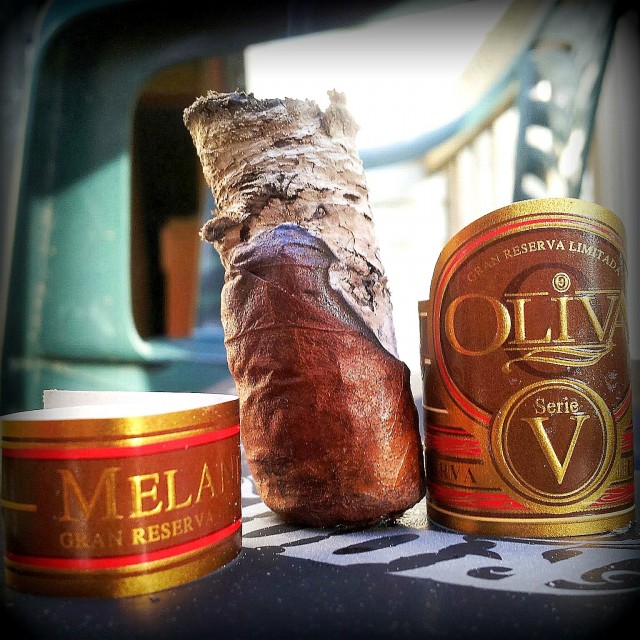 The Oliva V Melanio is a superb cigar. Great flavor, good complexity and balance, and awesome construction. Do yourself a favor and pick up five of these, or a box if you can swing it.