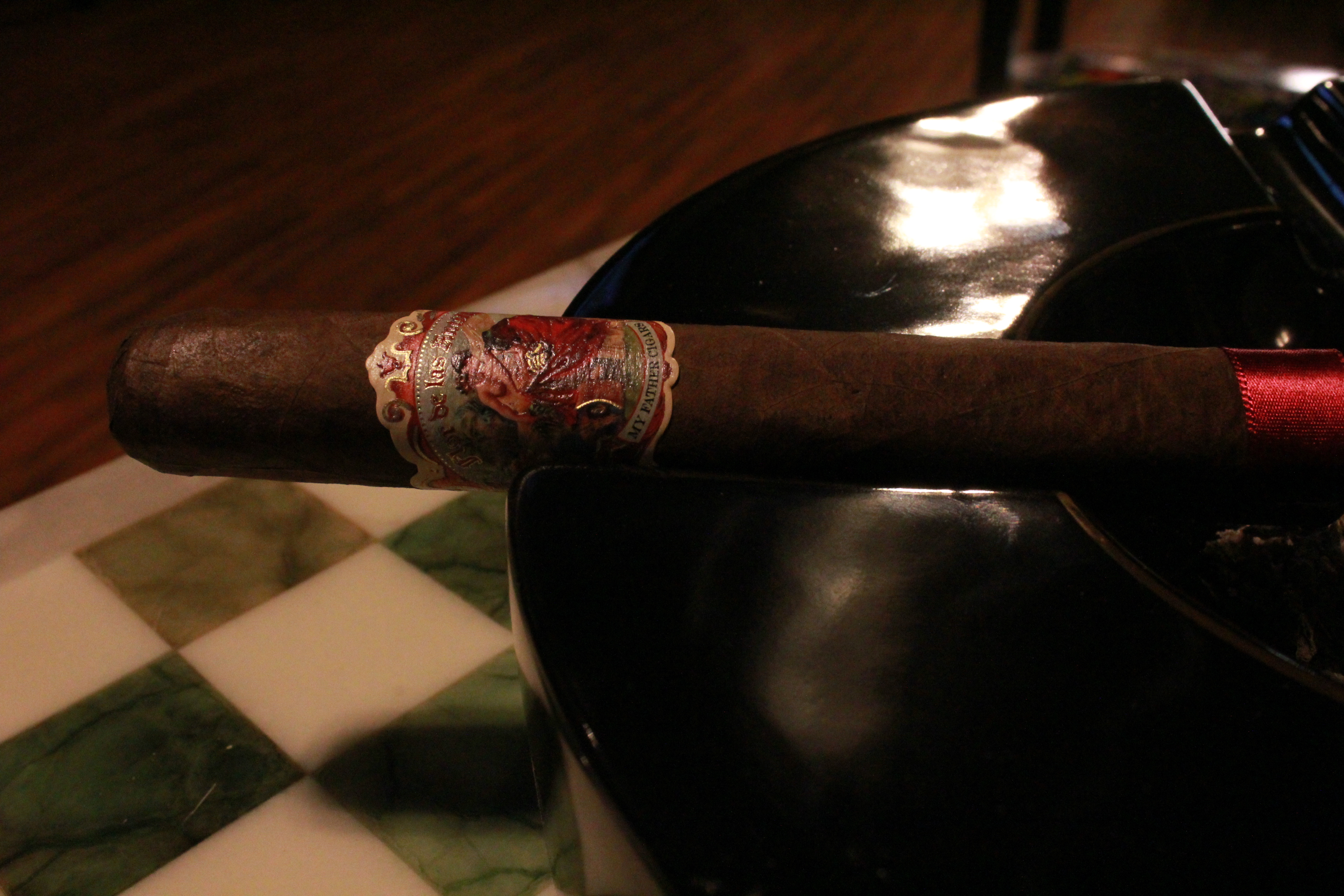 One of the things I look forward to besides the Holidays and the New Year is Cigar Aficionado’s Best Cigars of The Year List.  Every year they publish a list of their top cigars and this year is no different.  This year, topping the list is La Flor de las Antillas Toro (6”x52), the latest creation from the cigar powerhouse My Father Cigars.  La Flor de la Antillas is a Nicaraguan puro cigar that first appeared on the scene on May of 2012.  Before this cigar made any news, I managed to pick one up for $10 at Cigar Superstore in Long Island and I was lucky enough to have found one before the announcement was made.

The cigar is beautifully wrapped in an even golden brown satin sheen sun grown wrapper with no obtrusive veins and no visible blemishes. On the nose, it smells like

very light cedar and leather with the strongest smells of ligero leaf coming from the foot that easily overpowers the light wrapper scent.  It must be noted this cigar probably has the most beautiful and vivid yet elegant band that I ever seen.  It is amazingly detailed and very much a piece of art.

A precise cut begins the first third.  The cigar starts with espresso and a dry cedar and leather taste. Flavors of unsweetened espresso with light bitterness, nut flavor and white pepper lingers for a long finish. The retrohale is enjoyable and there is no harshness.  Halfway into the first third the cigar is now slightly richer in taste.  Visually, the ash is medium grey and did not last but about an inch.

In the second third, the spicy finish mellows out and the nutmeg flavors pick up and the retrohale is more pleasant.  The ash does not seem to want to stick around and is quickly departed.

Lastly, in the final third the nutty flavors really take the forefront.  The finish is not as pronounced as before however, the spicey nuttiness still lingers in the background as the smoke gets hotter.  Toward the end of the cigar, the cigar coats the palate with notes of cedar and leather.

Like many good movies, this cigar has a introduction, a middle and an end. In like manner, this cigar is comparable to a good old classic you can count on to keep you entertained any time of the day due to its exceptional balance and non overpowering profile.  Nevertheless,  this is no blockbuster action cigar and won’t raise an eyebrow if you prefer stronger sticks. However, I encourage you to judge for yourself and be your own critic.

Kelvin Batista is a cigar enthusiast who discovered the marvelous world of cigars over ten years ago and has been captivated ever since. Among other things, he brings a fresh perspective and serendipity to Fine Tobacco NYC, including in depth cigar and cigar related reviews as well as event planning. Kelvin has a passion for bringing people together to promote and preserve connoisseur culture in New York City.
« Cigar Review: Carlos Torano Master Blend» Cigar Review: La Duena Belicoso #2