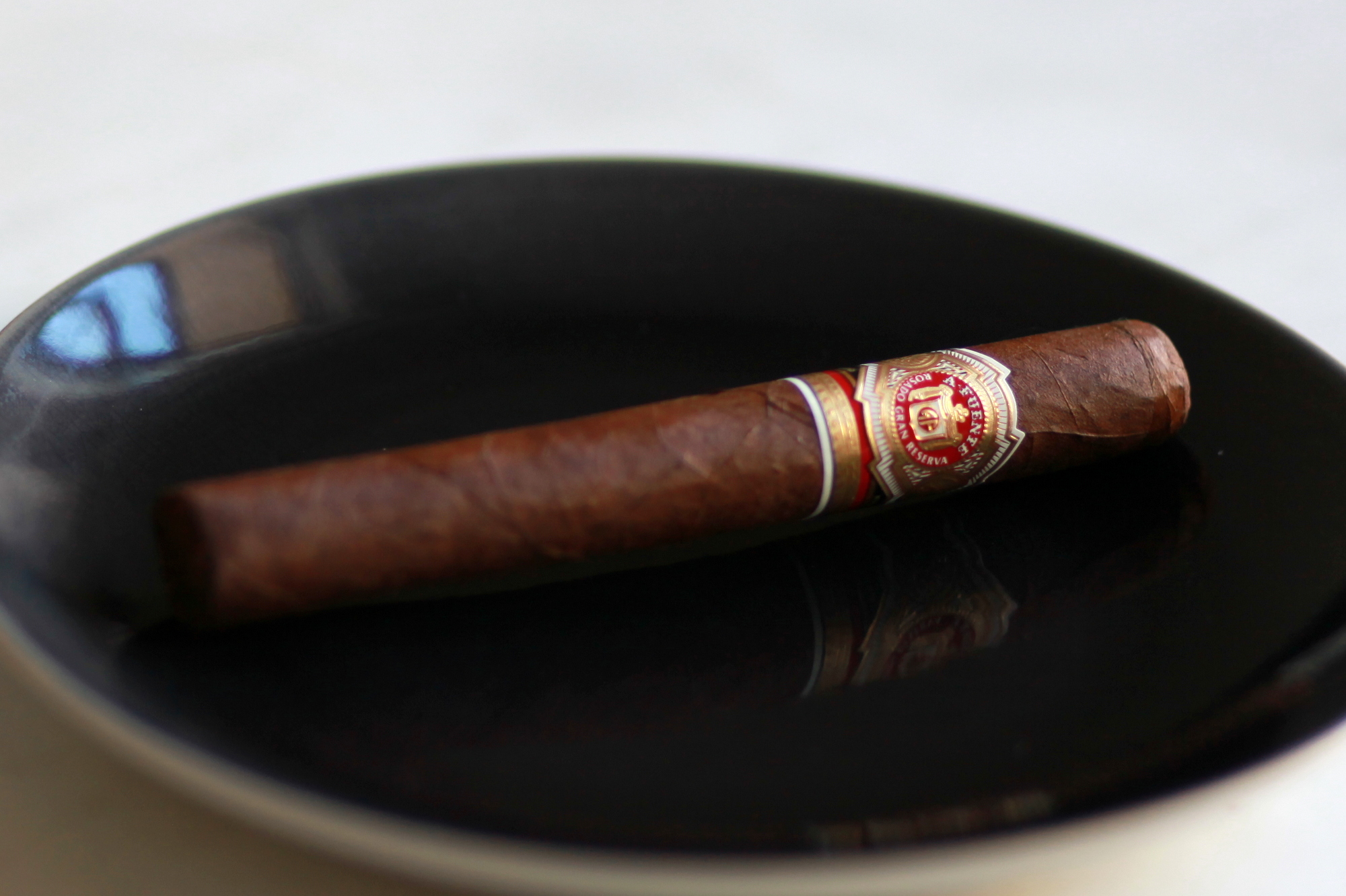 Arturo Fuente is known for making great cigars regardless of price range. The average cigar smoker has no need to go all out with an Opus X to have a knockout cigar experience. He can just as easily do so with a regular Gran Reserva or a Short Story at a fraction of the cost. That’s why I’m excited to have this handsome toro in my hand. If the Fuente family is holding its own, then I’ll be most glad that I didn’t burn a gaping hole in my wallet on that Opus!

The Magnum’s appearance is deceptive in a good way. Sporting a flat cap and thick veins, the wrapper looks quite rugged, almost jagged, at first glance. However, the wrapper also sports a texture that’s highly velvety and smooth. The Magnum further distinguishes itself by its body; it expands and contracts with pressure like a pillow while constantly maintaining structural integrity and having virtually no soft spots whatsoever. But the best part of all is the cold odors. A sultry combination of sweet earth and chocolate on both the wrapper and the foot makes for a much-appreciated first in my 3 years of cigar reviewing. At this point, I simply can’t wait any longer, so let’s get on with it. 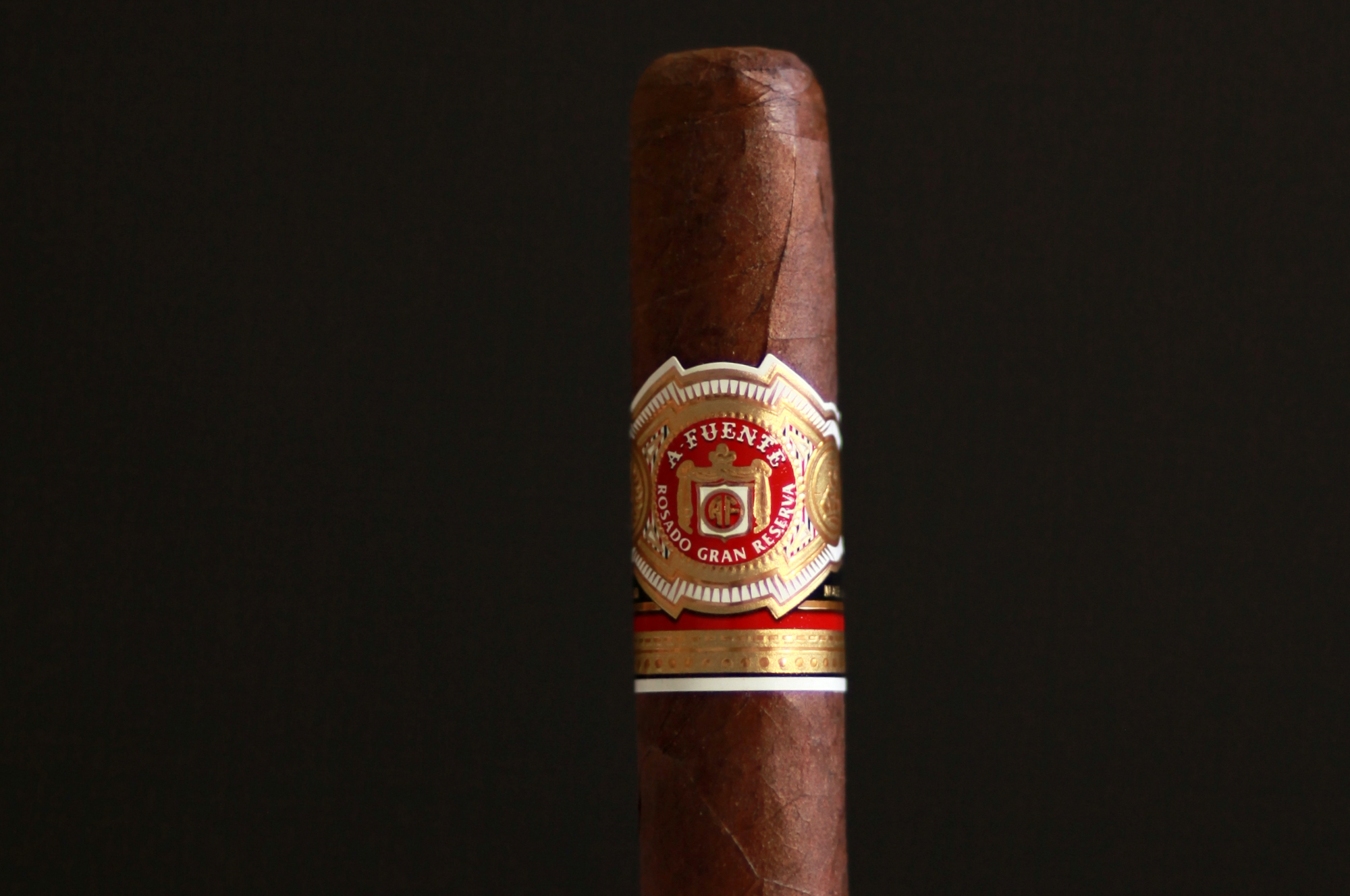 The Magnum hits hard right off the bat with a strong and rich pepper note in the foreground, supported by a spicy wood note in the background and an equally spicy retrohale. The smoke clouds are nice and thick, and the draw is initially seamless, though it eventually contracts somewhat noticeably. Each and every puff indicates that the tobacco has been aged to complete maturity; none of the quasi-gasoline tastes characteristic of under-matured cigars are to be found here. Admittedly, I made the mistake of being careless when lighting the foot, resulting in an uneven burn. The problem is exacerbated by the Magnum being unable to correct itself. Fortunately, this does nothing to get in the way of the flavor itself.

Just before the first third is cleared, a delicious chocolate note appears subtly in the background, and spends the second third making its way into the foreground, eventually going toe-to-toe with the spice. Meanwhile, the background acquires a salty essence that compliments the spice quite nicely. The retrohale also begins to change around this time, morphing from its initially spicy essence into a peppery one. The burn is still unable to even itself out, and the draw begins to tighten again, but these inconveniences are mitigated by another first for yours truly: the aroma of the smoke clouds, which still maintain their thickness, sports a lovely cinnamon sugar note that is simply to die for.

The point of convergence is slightly anti-climactic. The draw doesn’t loosen up as hoped, though it should also be noted that it doesn’t tighten either. The spice and the chocolate that have dominated the foreground begin to merge together into a flavor that gains strength, almost to the point of singing the palette. The background, meanwhile, holds steady with its spice and salt, and the retrohale does the same with its pepper; prominent, but not offensively so. The smoke clouds remain thick to the end, making for an overall satisfying finish in spite of the stubborn draw and burn.

The Fuente family promises on their website that the Magnum offers a creamier and smoother experience without sacrificing flavor. In spite of the difficulties encountered with the draw and the burn (the latter of which was partly your truly’s fault anyway), the Magnum lives up to its promises quite well. The sheer abundance of flavor, the texture of the draw, and the maturity and diversity of the flavor profile was enough to surprise even this longtime Fuente fan, and I have no doubt that most other Fuente fans will feel the same way. The Magnum certainly has its issues; fortunately, they appear to be exclusively in terms of structure and assembly, something that is far easier to fix than a flavor problem.

Charlie Freeman was born in Atlanta, Georgia; his mother is from Greenwich Village and is one-quarter Spanish Cuban. Thus tobacco and New York City were in his blood from the beginning, despite his refusals to indulge in either of them in his earlier years. He was first exposed to cigar culture after moving to New York in 2011. He has been advocating the art of fine tobacco smoking ever since, and he currently works at Ash Fine Cigars in Hoboken, NJ. In addition to his interest in tobacco, Charlie is a semi-fluent spanish speaker, an amateur swing dancer and musician, specializing in guitar, vocals and keyboards.
« Moore & Bode Candela Review» Fonesca Nicaragua Toro Review