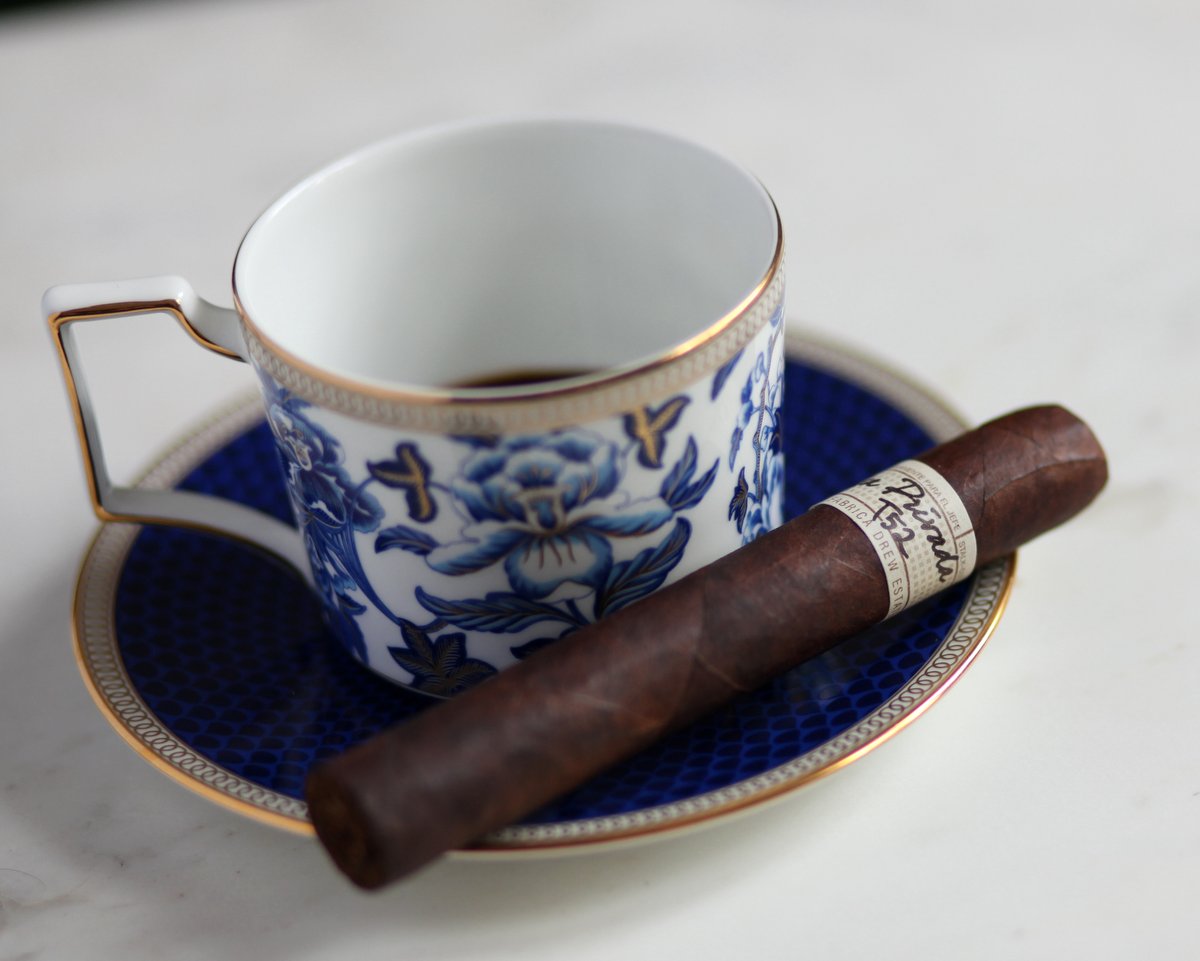 One of the most unique elements of this cigar is the Stalk-Cut American Habano wrapper leaf. Here’s what Jonathan Drew had to say about this particular leaf:

“On a regular trip up to Connecticut for the purposes of purchasing a barn of Connecticut Broadleaf, we stumbled upon a farm that was growing a very unique looking “Stalk Cut Tobacco” in addition to the Broadleaf. The farmer called the wrapper leaf “American Habano.” After a few hours of inspection, we were impressed, but we tried to keep our composure, as this beautiful leaf had the exact color and thickness qualities that we had been flying all over the damn world looking for. Lucky for us, (and for you too!) the farmer was complaining that this experimental tobacco would be the last year of crop unless he found a buyer who was willing to look past this one crop and make a real committment. He said that others had loved the tobacco, but they didn’t want to pay the high price which is required to grow it the right way. Needless to say, we spent a pretty penny, but damn it is worth it. All this, just for the wrapper leaf!” 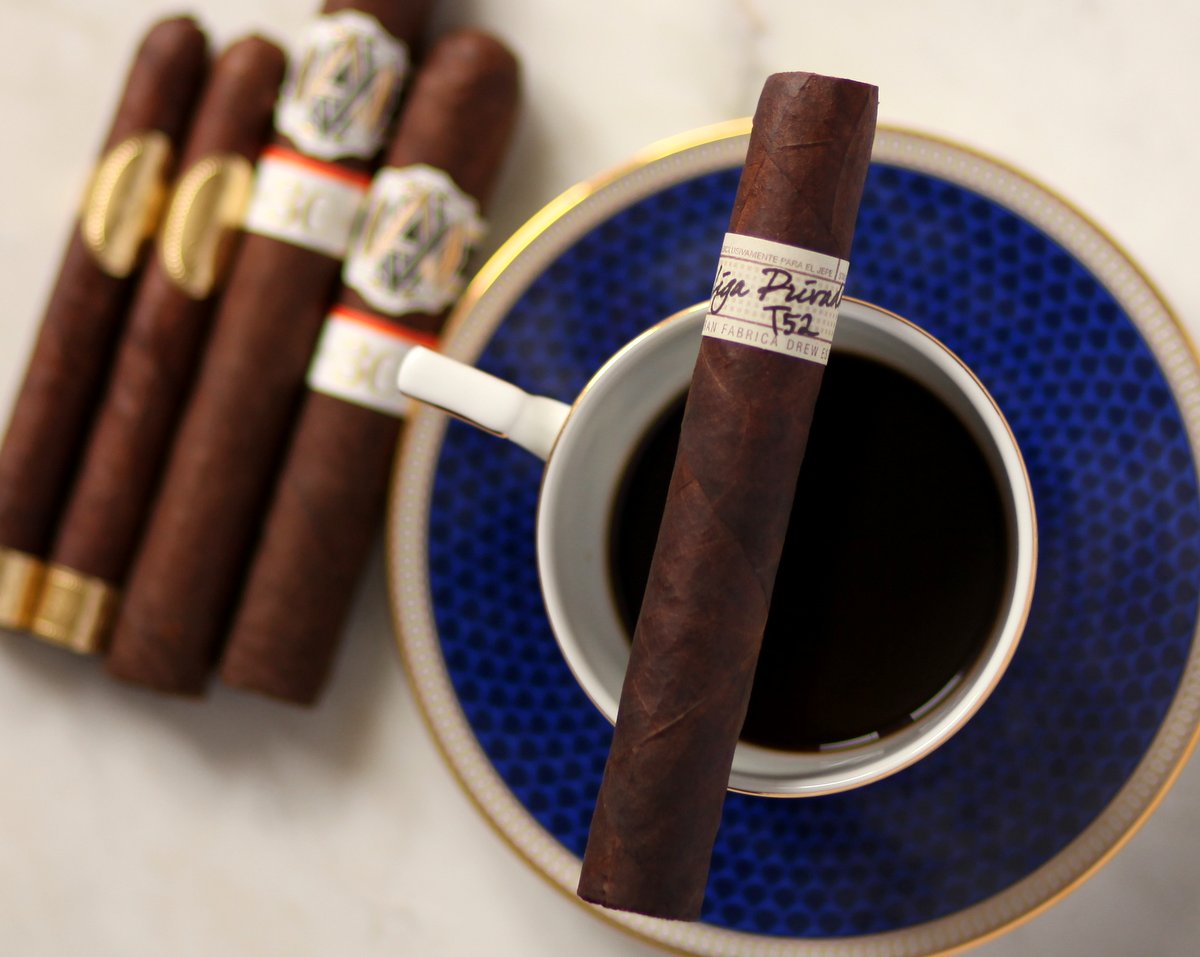 The T52 sports a rich, marbled dark brown wrapper that is nearly flawless, with minimal veins and seams. It is very smooth to the touch and appears to have a very light layer of oil covering the wrapper. The cigar has good weight in the hand, and there are no soft spots running the length of the cigar.

After using a straight cut, I test the draw, which is loose, probably a 5/10 in terms of restrictiveness.  There’s a good deal of spice on the pre-light draw, and the foot releases strong aromas of dry wood, raisins, and light pepper.

As I toast the foot of the cigar, it is already releasing large plumes of thick white smoke. The first few puffs are overpowered by fresh ground pepper and semi-sweet chocolate, but after a quarter inch the cigar settles into a more balanced, nuanced profile. And what a profile it is: full body/medium strength smoke full of semi-sweet chocolate, raisins, charcoal, cinnamon, and sweet cream on the finish. The retrohale is, relative to what’s going on on the palate, mild, with some nice white pepper notes. It’s a great first act.

As the cigar hits the second third, the flavor and strength rise and settle at full. Though the core flavor profile remains the same, a big spice note elbows its way in and makes itself felt mainly on the tip of the tongue. Throughout the next 15 to 20 minutes, the balance of flavors seems to be in a kind of tug of war, with a dry wood flavor fighting a richer, creamier chocolate note for dominance. Overall its still a very enjoyable profile, but I’d prefer the balance of the flavors be more consistent.

Construction has also suffered a bit in the second half, with the cigar struggling to stay lit at times and the burn veering well out of straight territory.

In the final third, the cigar regains its balance and puts forth a full flavored profile full of molasses, finely ground pepper, dark chocolate, and cedar.

Construction issues aside, the Drew Estate Liga Privada T52 is a cigar I can wholeheartedly recommend. There isn’t another cigar I’ve had that creates such a lush, complex and unique smoking experience.

Brand evangelist, digital marketer, cigar and spirits expert specializing in consumer tasting and educational events. Matthias made the long trek from his hometown of Portland, Oregon to New York City in 2007, and in nine years has hosted more than 120 events and helped promote and launch dozens of cigar and whiskey brands in the U.S. In 2016, he joined the Cigar Journal Tasting Panel, blind-reviewing pre and new release cigars.
« Davidoff Puro d’Oro Deliciosos Review» AVO 30 Years Maduro Robusto Review