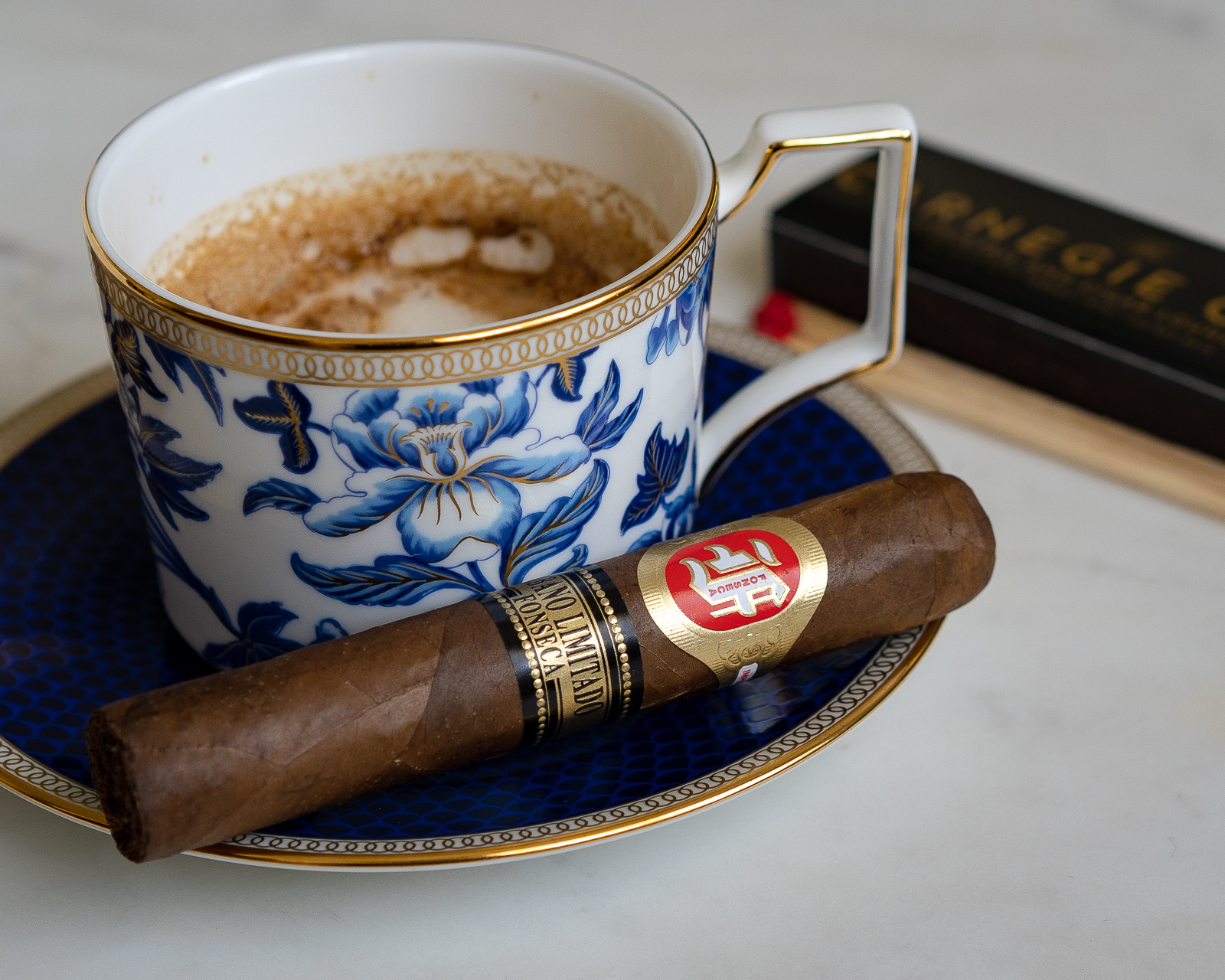 As a man known for his blending skills and distinct lines, Manuel Quesada has put his mark of quality on the Fonesca brand. The incarnation of the Fonseca Cubano Limitado seeks to deliver a medium to full bodied smoke with balance and complexity. Manuel has a talent for producing many cigar lines yet at the same time giving each one a distinct flavor profile. In keeping yields and production low, the end result usually delivers a satisfying experience. Let’s find out if Cubano Limitado achieves a similar result.

The Fonseca Cubano Limitado robusto comes wrapped in a gorgeous dark chocolate wrapper. It’s silky to the touch with minimal veins. Squeezing the cigar, I get a firm feeling that lets me know this smoke is packed full of tobacco. It’s expertly rolled and the quality visually is excellent. The cigar’s band has the traditional gold and red with the Fonesca “F,” along with a secondary band that is black and gold with the words “Cubano Limitado” and then “Fonseca” right underneath.

Using a straight cut, I take a dry draw on the Fonesca Limatado and the taste of cedar is present along with a bit of salinity from the wrapper. As I light the cigar and take the first few puffs, black pepper hits me straight away along with spice on the tongue. The saltiness from the wrapper returns with an leathery finish as the cigar becomes fully lit. A quick retrohale brings spices to the nostrils and a creamy finish on the palate. 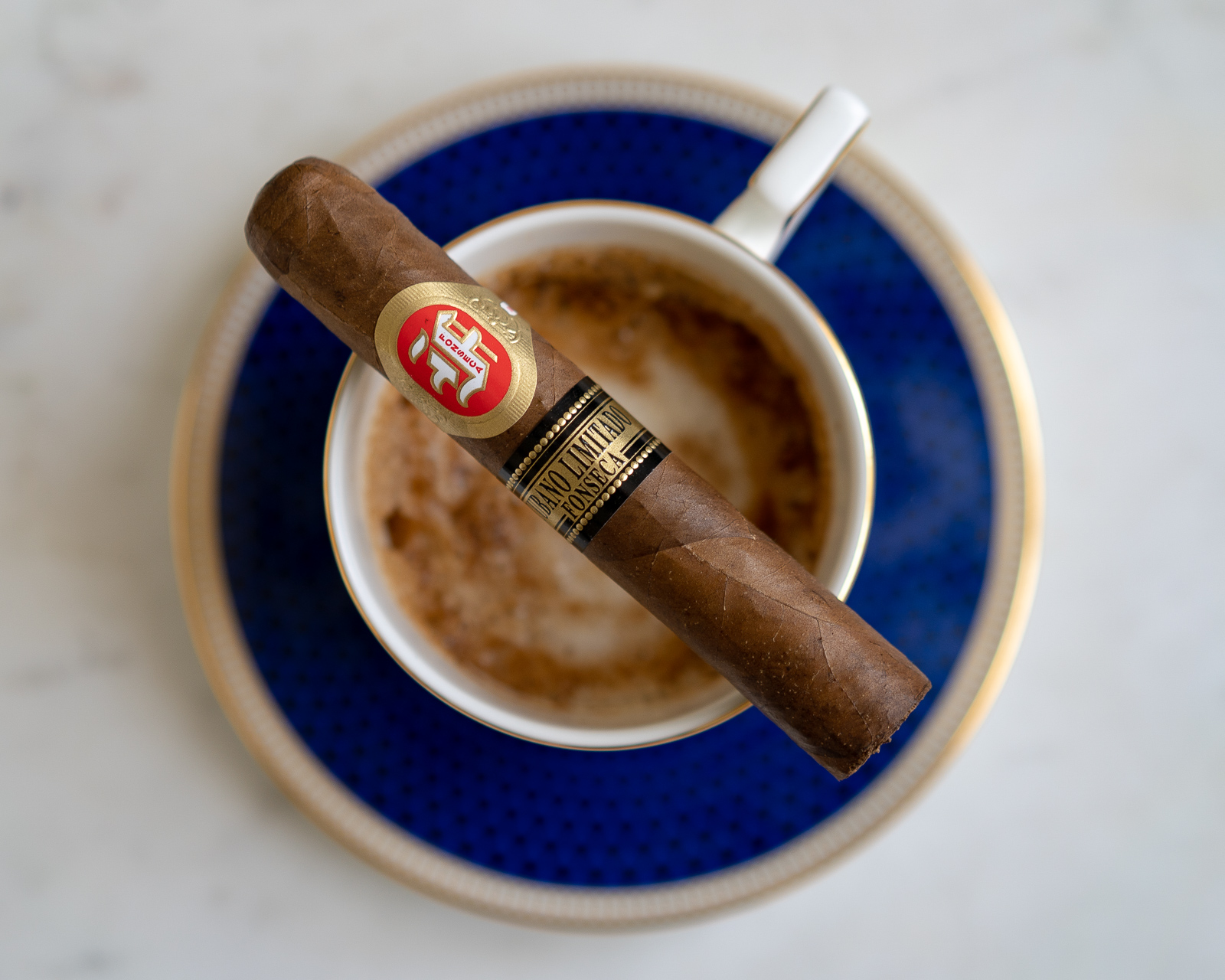 A fair bit into the cigar, the Fonseca Cubano Limitado develops a nice grey ash with a straight burn line that shows off its quality in the roll as well as the fine tobacco utilized. The saltiness is ever present on the palate, while earth and cashew cascades around the mouth. At midway, I’m greeted by a dusting of cocoa powder and a slight nuttiness on the mid palate. Overall thus far, the blend has stayed on the medium to full range without overwhelming the senses.

In the final third, the salt and earth combination transitions to cedar and hay. Body-wise, the cigar is now at solid medium, with toasted oak and cocoa resonating on the palate. The finish is bitter despite my smoking the cigar slowly. In the last few puffs, the salinity hangs on with bitterness lingering on the palate, providing a good opportunity to put the cigar down.

The Fonseca Limitado Robusto did indeed stay within the medium to full bodied range as what was intended by its creator. The salinity—which I usually enjoy in a cigar—overwhelmed the other flavors at times. The development of flavors from pepper, leather and spice to earthiness, nuts and cocoa was pleasant towards the midway point, but the last third hurt the cigar with the constant bitterness on the finish. While the balance from medium to full body was there, the final puffs of the Fonesca were not as pleasing.

Overall a pleasant smoke to start, but I would caution to smoke it as slow as possible in the hopes of not having the Fonesca burn hot, thus hurting the flavors.

Christian offers a perspective of cigars ranging from vintage pre-embargo smokes, hard to find cigars as well as current releases. His 22+ years of smoking and love of travel have taken him on cigar journeys here and abroad. From smoking HERF’s in friends backyards to smoking Montecristo No. 2s on the terrace of the Hungarian Palace Hotel in Lido Italy, Christian takes the “everyman” approach to cigar smoking being it all about taste and enjoyment of where you are or who you are with.
« Rocky Patel Prohibition Broadleaf Review» Fonseca Classic (Connecticut) Review