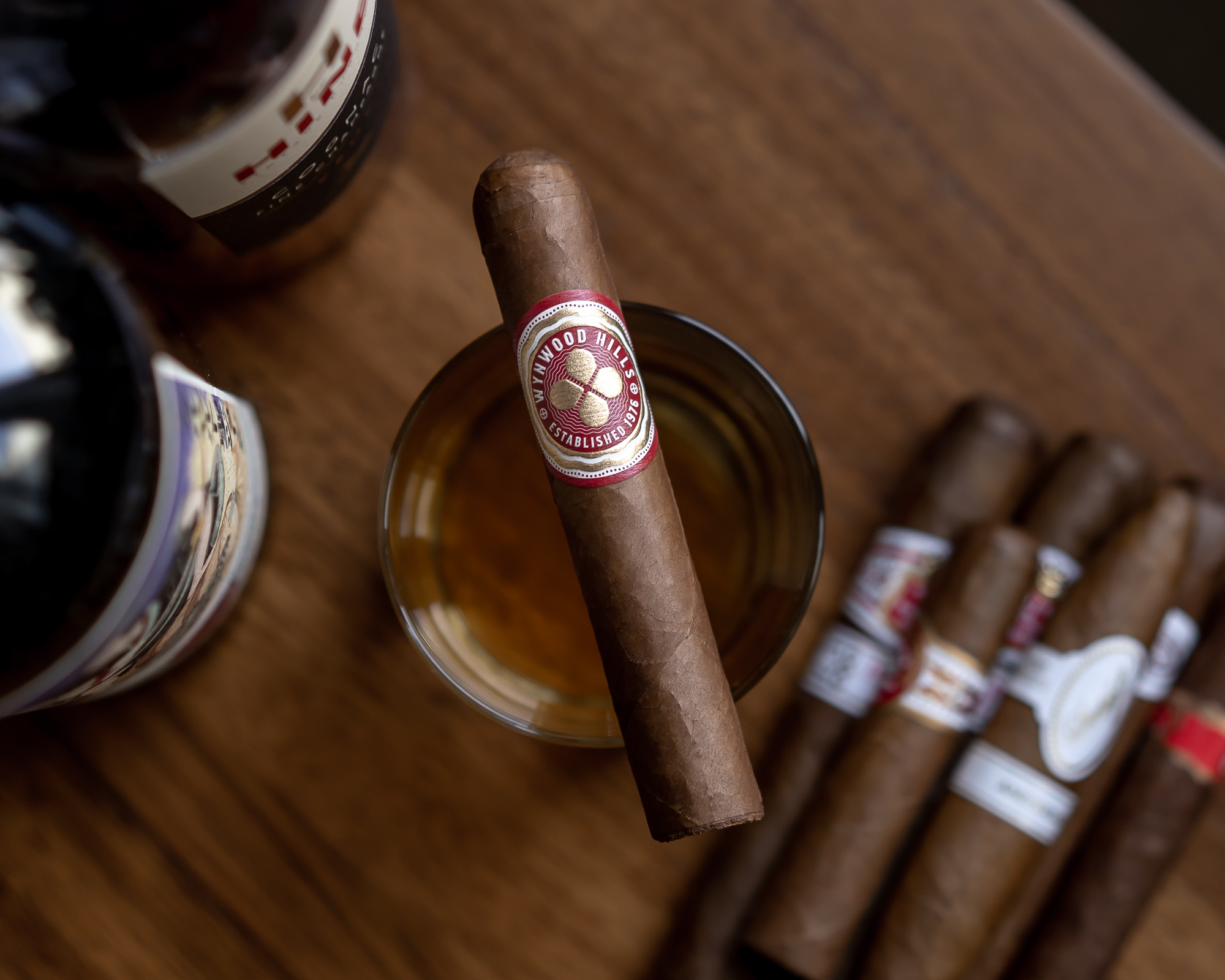 Christian Eiroa and his C.L.E. Cigar Company have revived their defunct Wynwood Hills project into a three-blend robusto line. Their seemingly manic sounding brand has names of “Mayhem” “Unhinged” and “Deranged.” The differences are not just the blends, but the wrapper leaves as well. The Mayhem is dressed in a Corojo wrapper grown in Honduras, the Unhinged wears an Ecuadorian Sumatra and Deranged a Connecticut Broadleaf. I was able to sample the Mayhem for review and see just how “Crazy” the line is. Read on! 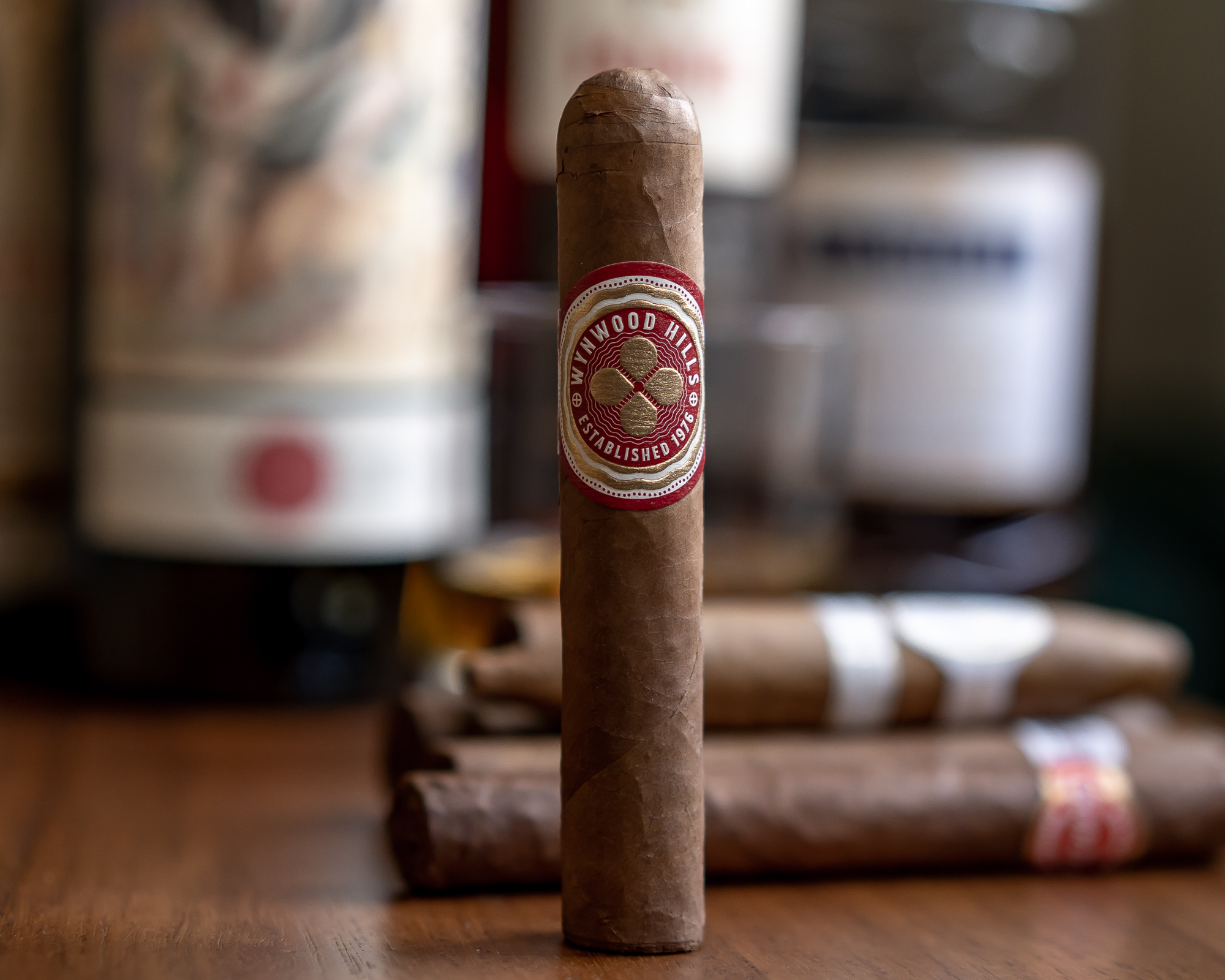 The Wynwood Hills Mayhem robusto has a smooth Claro wrapper with no veins. The roll feels good and to the touch the cigar is firm and full of tobacco. The band is circular red and gold with a red background and four points. “Wynwood Hills” is atop and “Established 1976” is on the lower part. The band accents the claro wrapper in a keen fashion.

The straight cut of my Xikar is clean and the dry draw delivers hay and graphite.  As the Mayhem takes to the flame, there is drying on the palate followed by some leathery notes. The smoke to start is minimal, and as the cigar toasts I picked up a syrupy sweetness. Along with sugar some grittiness develops, and hay gives way on the retrohale. At this point, the burn line is razor sharp with a nice gray ash. As the ember burns, sweetness and earth interplay and the smoke intensifies. 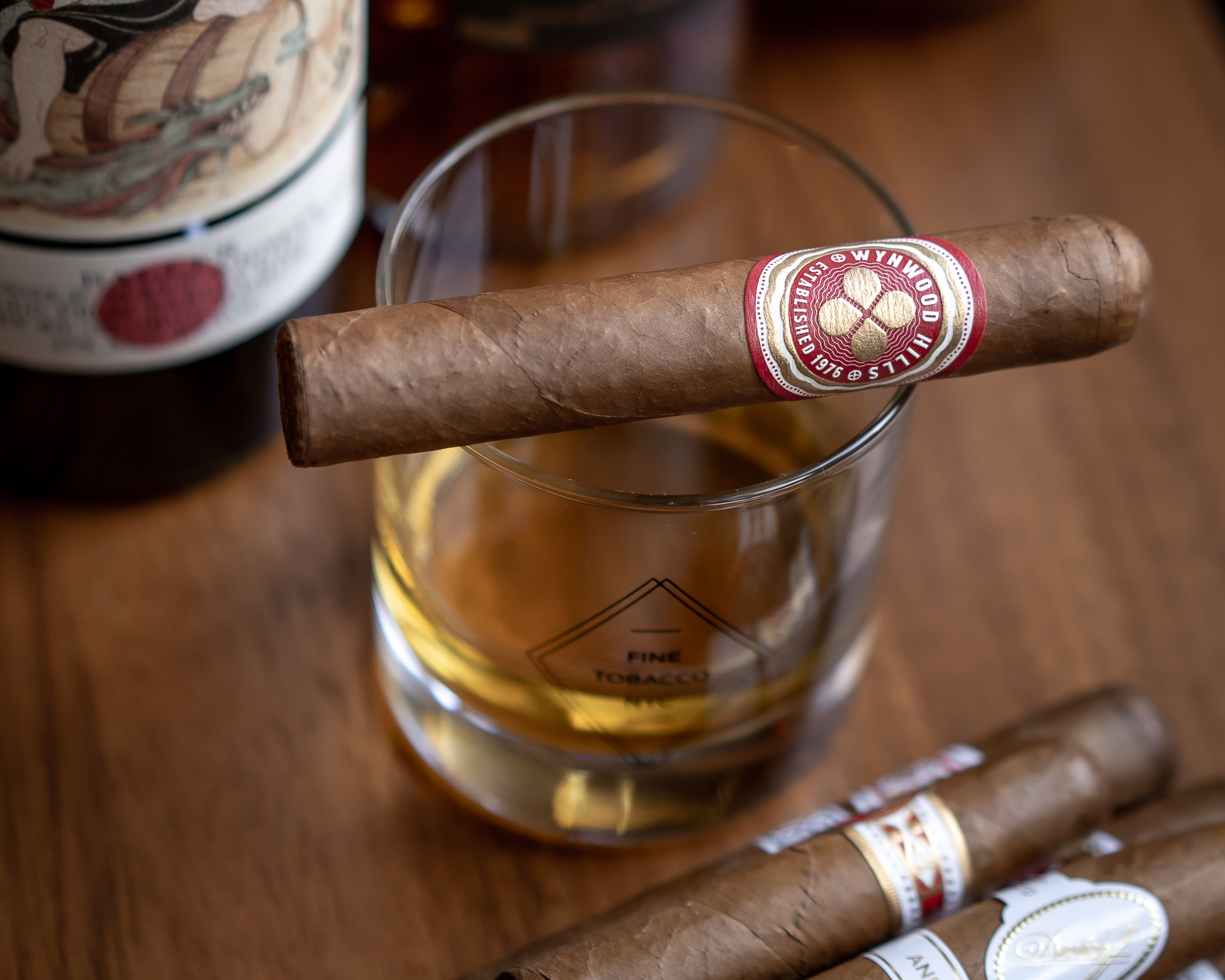 As the Mayhem robusto progresses into the second third, I pick up rich tobacco notes along with cedar on the retrohale.  The interplay of wood, tobacco and some mustiness develops even more which made for a curious profile. The sweetness returns along with nougat that intensified throughout the smoke as it burns. The finish though is savory, with the nuttiness lingering on. Construction wise, the ash remains solid which was a testament to the cigar’s construction.

With the last third of the Wynwood Hills Mayhem underway, there’s a toastiness and distinct notes of cashews. The cigar continues to produce billowing smoke and a clean burn line. The mouthfeel transitions to become more creamy at this point, with cedar dominating the finish. Then, near the end of the smoke,  earth and spice hit me and the Mayhem seems to live up to its moniker. While the spice enlivenes the senses, the wood character returns, rounding out the end of the cigar.

I was certainly interested in the rebirth of the Wynwood brand after its short lived artisanal run. While the names of the line don’t appear too shocking or original these days I will say the Mayhem with its Corojo wrapper did offer transitions.  From pencil lead, leather, sugar and nuts, the cigar kept me interested for the duration of the smoke. I didn’t feel the Mayhem stood out with particular flavors that “Wowed,” but it was enjoyable cigar from beginning to end and I’d be interested in trying the other wrappers in the line.

Reviewers note: this is a non-blind review.

Christian offers a perspective of cigars ranging from vintage pre-embargo smokes, hard to find cigars as well as current releases. His 22+ years of smoking and love of travel have taken him on cigar journeys here and abroad. From smoking HERF’s in friends backyards to smoking Montecristo No. 2s on the terrace of the Hungarian Palace Hotel in Lido Italy, Christian takes the “everyman” approach to cigar smoking being it all about taste and enjoyment of where you are or who you are with.
« Viva La Vida Cigar Review» Casa Magna Colorado Boxed Pressed Toro Review