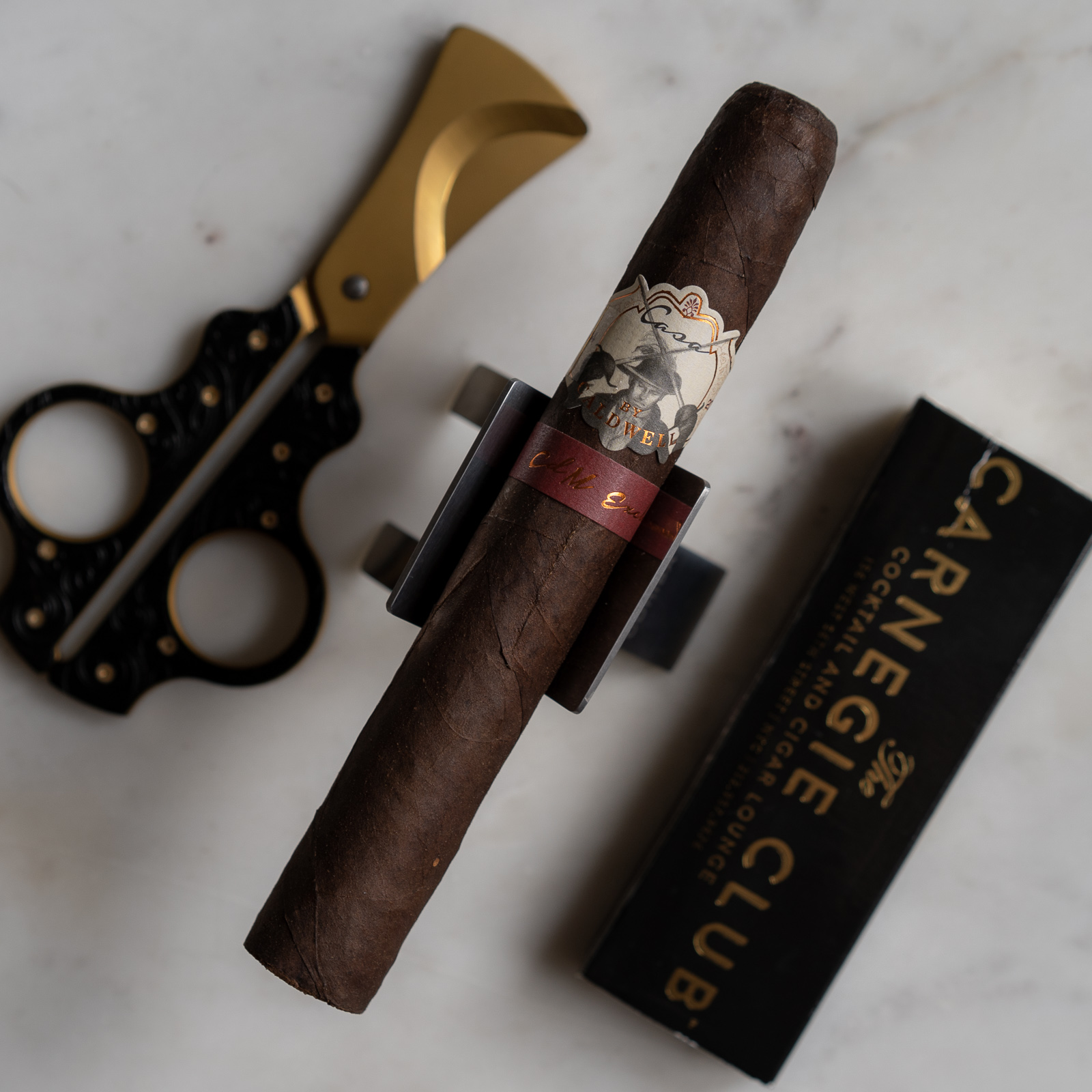 Up for review is another cigar from Caldwell Cigar Co. If you’ve read any of our other reviews of Caldwell product, you know that we’ve got a soft spot for this brand. After arriving on the cigar scene a few years ago, the company has proven time and again that it can produce full bodied cigars of the highest quality.

Casa by Caldwell is the company’s first “exclusive,” meaning a blend creating exclusively for a single retailer. In this case, the honor of Caldwell’s first exclusive goes to Casa de Montecristo, one of the largest chains of high end cigar lounges in the USA. 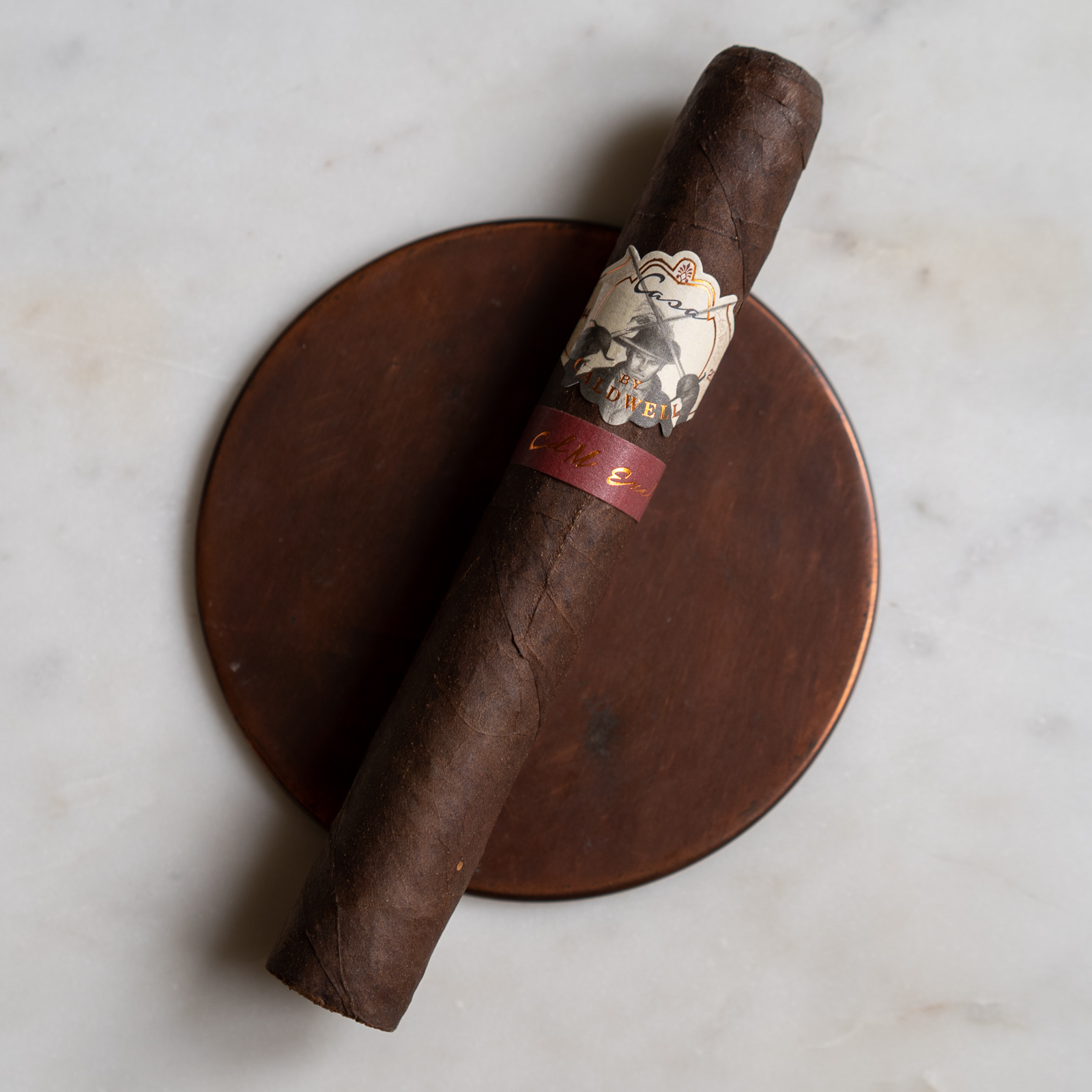 The Casa by Caldwell is, like other Caldwell cigars, wonderfully presented. The outer Sand Andres wrapper is thick and leathery, with a dark, inviting complexion. Off of the foot there are strong scents of dust, cedar, black pepper, and savory meats. The cold draw on the other hand is subdued, with some granola and dark chocolate. The draw is perfect, about a 7/10 in terms of amount of restrictiveness. Let’s light up.

Casa by Caldwell kicks off with rich, medium bodied smoke, and excellent smoke production to boot. To start, there’s a healthy dose of dark chocolate on the palate met in equal force with oak, giving the flavor profile a character that is satisfyingly high in bitterness and in sweetness. On the tip of the tongue there are some grilling spices, while charred wood and pepper make up the lions share of the retrohale. Construction is on point, with the ash only waving a touch as I near the end of the first third.

Overall, I really love the combination of creamy chocolate, bitter wood, and savory spices.  It’s an excellent way to start the cigar. It’s got a heft and heartiness to it that’s hard not to love.

Unfortunately, that experience doesn’t continue for long. About 20 minutes into the cigar, the flavors shift dramatically, with charred wood and black pepper dominant. Layered beneath are notes of espresso, stone minerality, and some of that dark chocolate. But overall I feel like I’m smoking a barbecue, which is great but also betrays a lack of balance with the overly dominant pepper influence.

As the second ash drops near the start of the second third, the pepper and oak settle down to more manageable levels, allowing a silky espresso note to come to the forefront along with a slight savory note. There’s still plenty of hot red pepper on the tip of the tongue, with more espresso on the retrohale. The cigar is now just above medium bodied, medium strength.

The Casa by Caldwell continues on in similar fashion, with no lapses in construction all the way up to the final third. The smoke begins heating up, while red pepper, more charred oak, and Mexican chocolate make up the profile. With an inch and a half left, the heat ramps up quickly, providing a good opportunity to set the cigar down.

Casa by Caldwell is a winner in my book. Although not always balanced, the flavor palette of charred oak, espresso, dark chocolate, pepper and spice is delicious. This is a damn good cigar, and Casa de Montecristo should be proud to have been given the honor of playing host to Caldwell’s first exclusive.

Brand evangelist, digital marketer, cigar and spirits expert specializing in consumer tasting and educational events. Matthias made the long trek from his hometown of Portland, Oregon to New York City in 2007, and in nine years has hosted more than 120 events and helped promote and launch dozens of cigar and whiskey brands in the U.S. In 2016, he joined the Cigar Journal Tasting Panel, blind-reviewing pre and new release cigars.
« La Instructora Perfection Invicto Review» Perez-Carrillo Encore Valientes Review