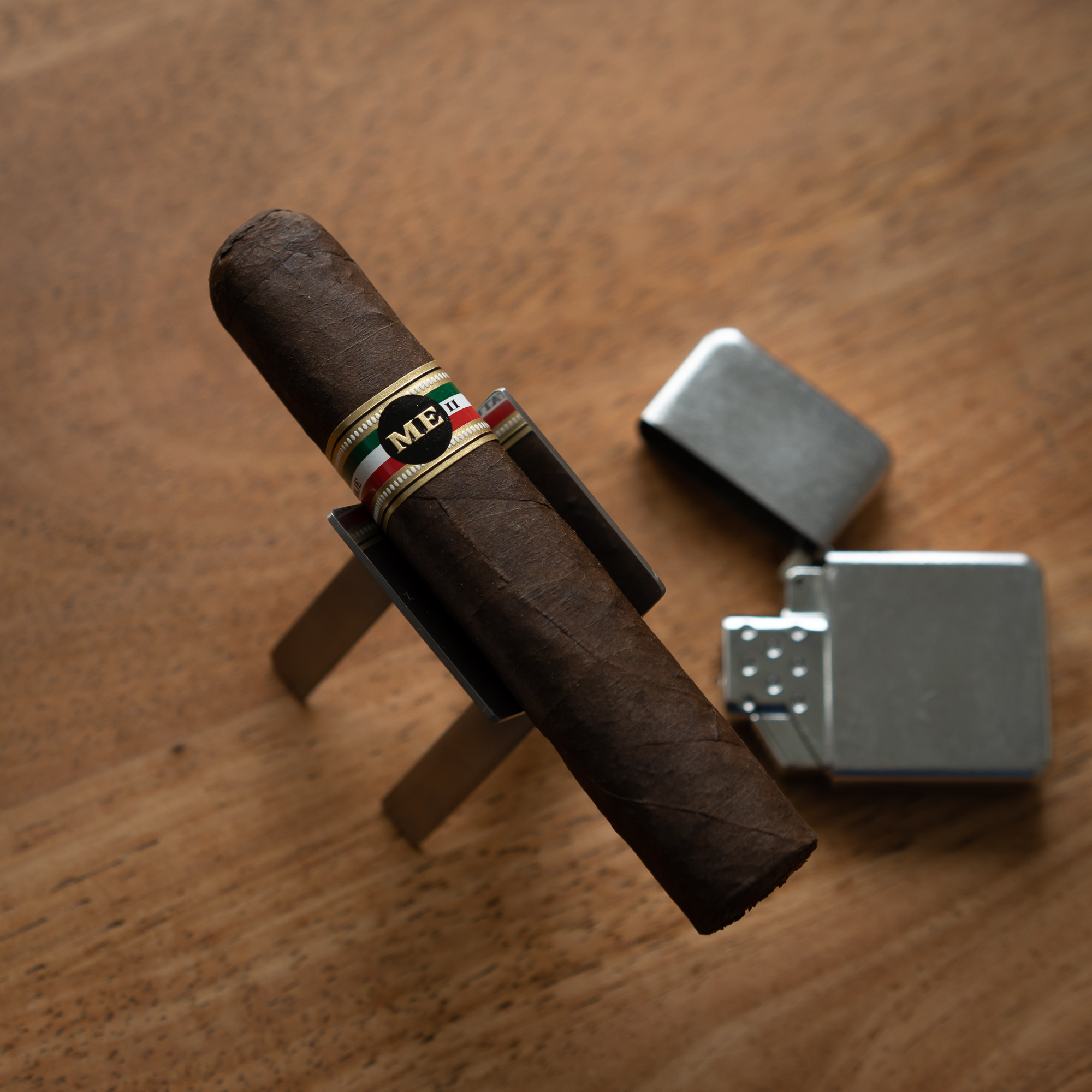 Up for review today is the Tatuaje Mexican Experiment II or ME II. I’ve written before that I’m not usually a huge fan of Tatuaje cigars even though I can admit that they are both extremely popular and very well crafted cigars. Still, when a reputable company releases a cigar featuring a Mexican San Andres wrapper, my ears are going to perk up, hence today’s review.

The ME II comes wrapped in a gorgeous and nearly flawless Mexican San Andres wrapper that has a very velvety feel to it. The semi box-pressed cigar has a bit of give when squeezed (good) and also seems to be packed consistently the entire length of the cigar.

Taking a whiff off of the foot I pick up earthy notes of granola, some pepper, and light cocoa. Testing the draw after a straight cut reveals a fairly restrictive draw, about an 8/10 in terms of amount of restrictiveness. 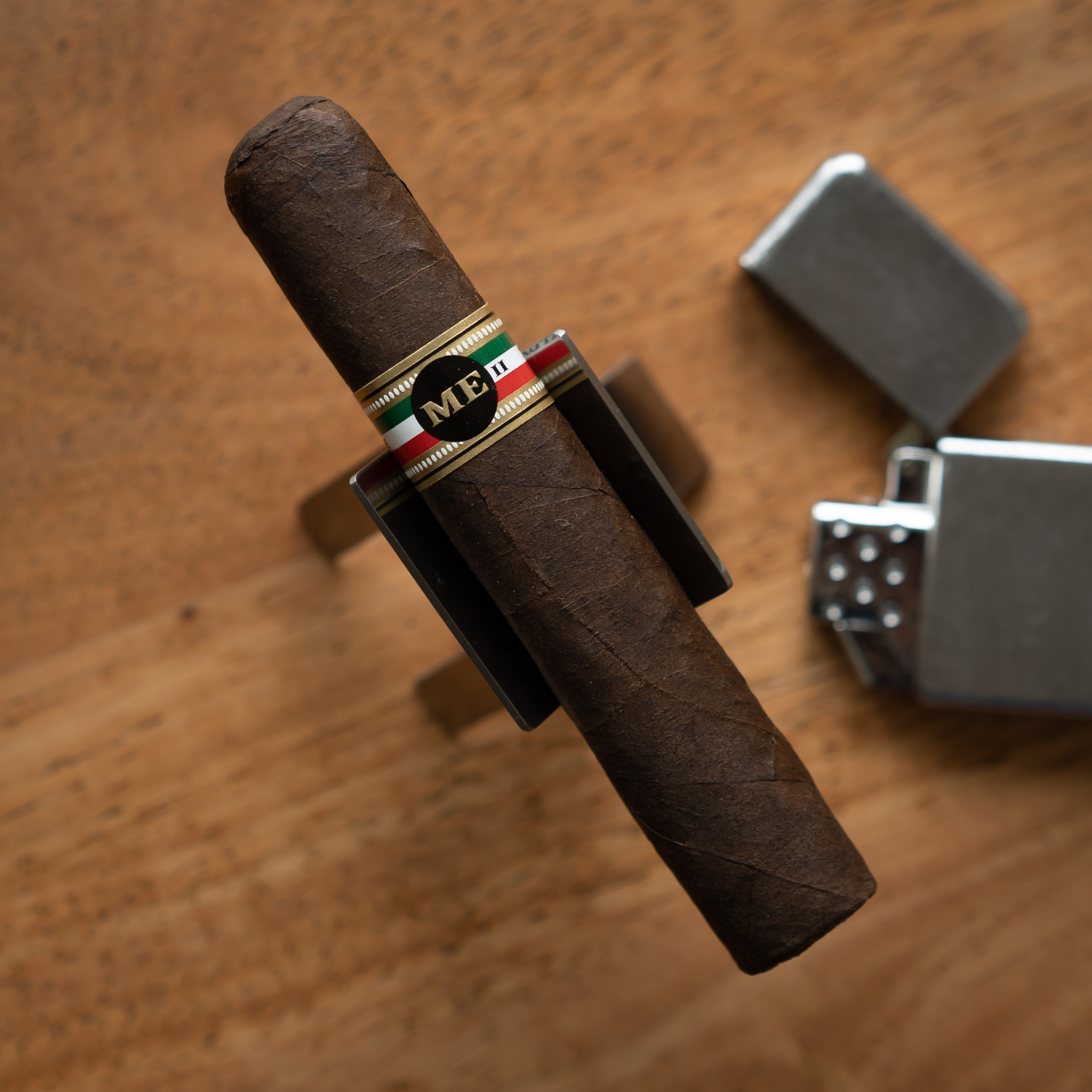 The first few puffs of the Tatuaje ME II summon a medium bodied smoke that is assertive and pronounced but also fairly nuanced. The first impression is on the tongue, with quite a bit of cayenne pepper and hot spices. There’s also some earthy wood notes alongside a sweeter cocoa note. It all comes together to create something a bit like spicy Mexican chocolate. The retrohale is quite nice as well, mirroring the flavors on the palate. The cigar produces more than enough smoke despite the tighter draw, and though the burn does begin to stray after only a half inch or so, a couple of purges bring it back into line.

After a short ebb in the spiciness, it comes surging back around the end of the first inch, firmly in command of the overall profile. The texture of the smoke becomes quite a bit drier, making me really wish I could pour a glass of scotch or rum to complement the experience.  The aroma of the smoke is interesting, with some definitive fruit notes interlaced between cocoa, spice and pepper. Construction wise, the cigar continues to produce excellent amounts of smoke and the burn is as straight as I’ve seen in a long time and still holding strong.

The Mexican Experiment II continues along in roughly the same way well into the second third, unfortunately not displaying a lot of complexity along the way. From there, it develops a tartness that turns the Mexican chocolate note into something more akin to mustard. On top of that are heaps of black pepper that push the strength of the smoke well past medium and toward the full end of the spectrum. Interesting, but not compelling.

The final third continues this trend, and it gets hard at times to determine if the smoke itself is getting hotter or if the spiciness is just increasing. Either way, the smoke becomes a bit lopsided, with only earth and spice in the spotlight. Not a terrible way to end the cigar, but the first half was definitely more enjoyable.

I mostly enjoyed the Tatuaje Mexican Experiment II. It had a very interesting start and the balance of flavors shifts nicely throughout the first half. That said, the second half failed to continue developing the flavors, instead becoming lopsided and too spicy to be as enjoyable as it could be.

Brand evangelist, digital marketer, cigar and spirits expert specializing in consumer tasting and educational events. Matthias made the long trek from his hometown of Portland, Oregon to New York City in 2007, and in nine years has hosted more than 120 events and helped promote and launch dozens of cigar and whiskey brands in the U.S. In 2016, he joined the Cigar Journal Tasting Panel, blind-reviewing pre and new release cigars.
« My Father La Promesa Review» AVO Regional East Edition Review