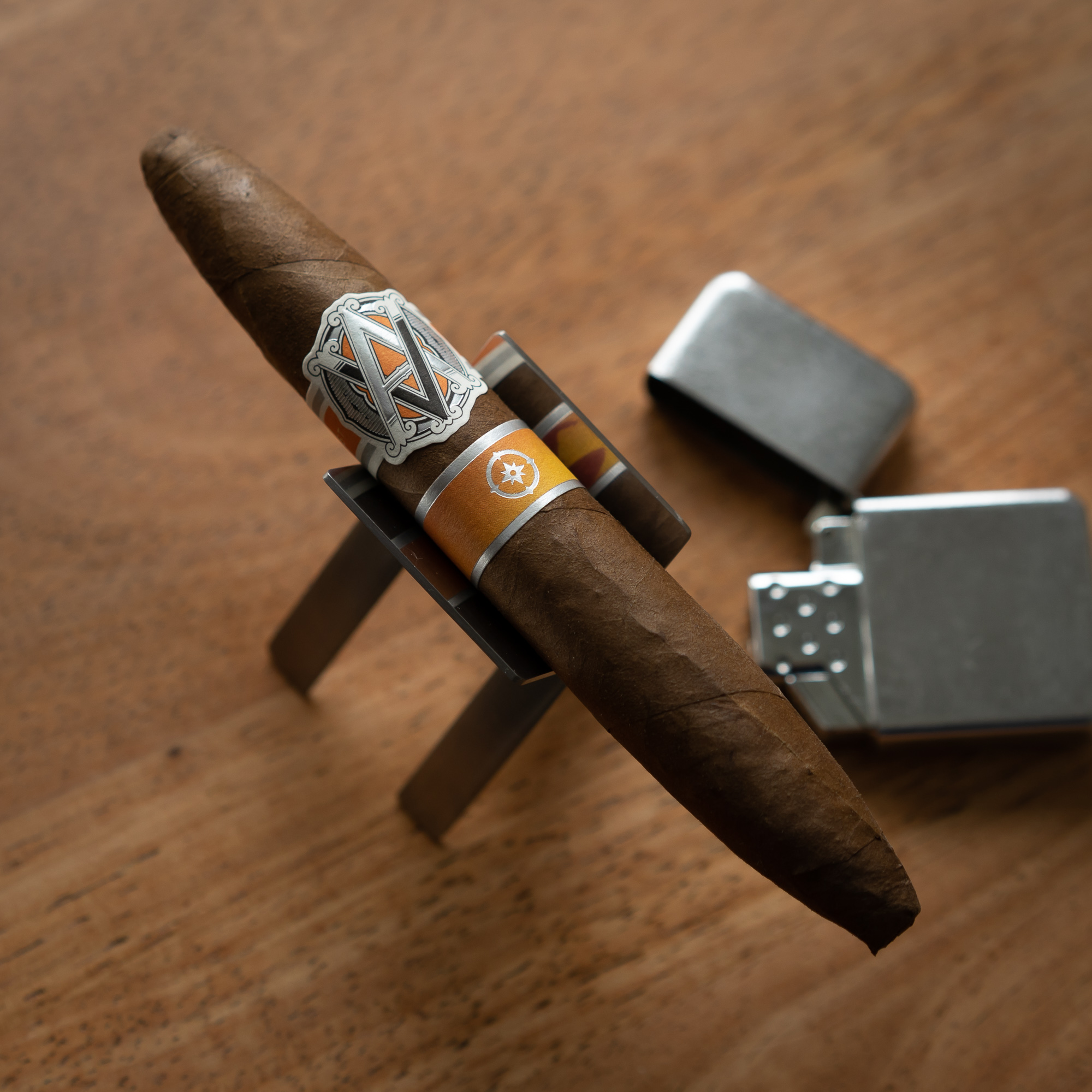 I’ve been a massive fan of AVO cigars since basically getting addicted to their Classic Covers Series, particularly Classic Covers Vol. 2, Vol. 3, and Vol. 4. So I was very excited to give this new release a spin. Read on to see what I found. 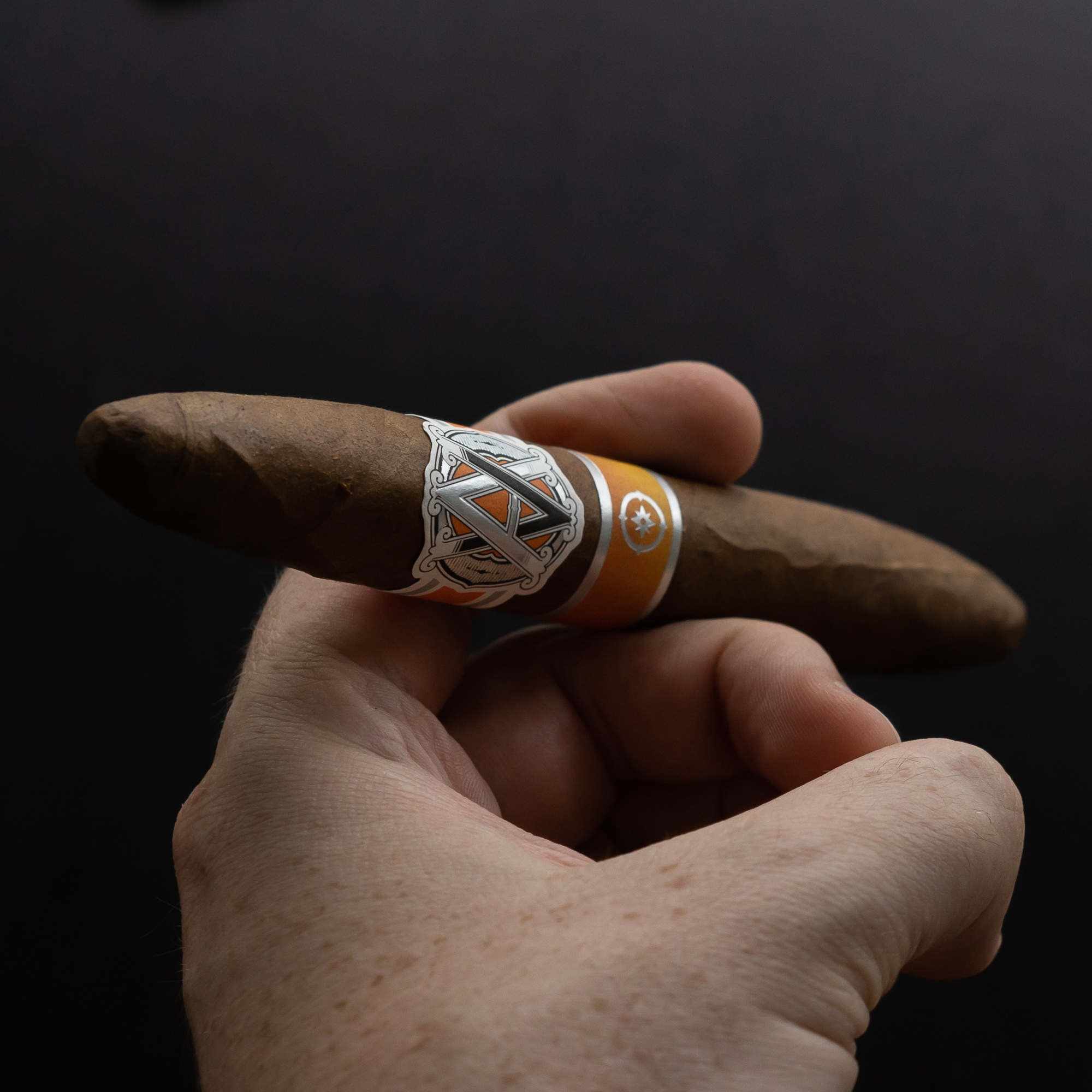 The most striking aspect of the AVO Regional East Edition’s appearance is the orange bands and the silver compass signet that sits in the middle of the secondary band. It’s a nice look. Shape-wise, the Regional East has a more elegant silhouette, with a long perfecto shape that’s also more slender than the West’s 56 ring gauge belicoso size.  As always with AVO, the cigar is presented with style.

The outer Ecuadorian wrapper is a lighter brown with some mustard hues to it, and has some notable knots. When squeezed, the AVO Regional East Edition has a fair amount of give, but seems packed consistently the entire length of the cigar. There isn’t much to the cold draw, just some spiciness and a bit of AVO woodiness. The draw is about a 6.5/10 in terms of restrictiveness, so that should open up a bit once the cigar burns past the initial tapering.

The AVO regional east explodes out of the gate, with a very dominant cedar note that is followed up by touches of vanilla, cream and spicy mustard that hits the retrohale and the tip of the tongue and is very present in the aroma. The body of the smoke is medium, with medium plus flavor strength. It’s not at all what I was expecting but I’m not complaining. I tend to find the AVO blends I’m disappointed with are the ones where I’m looking for a bit more oomph (I’m looking at you AVO 30 Year). 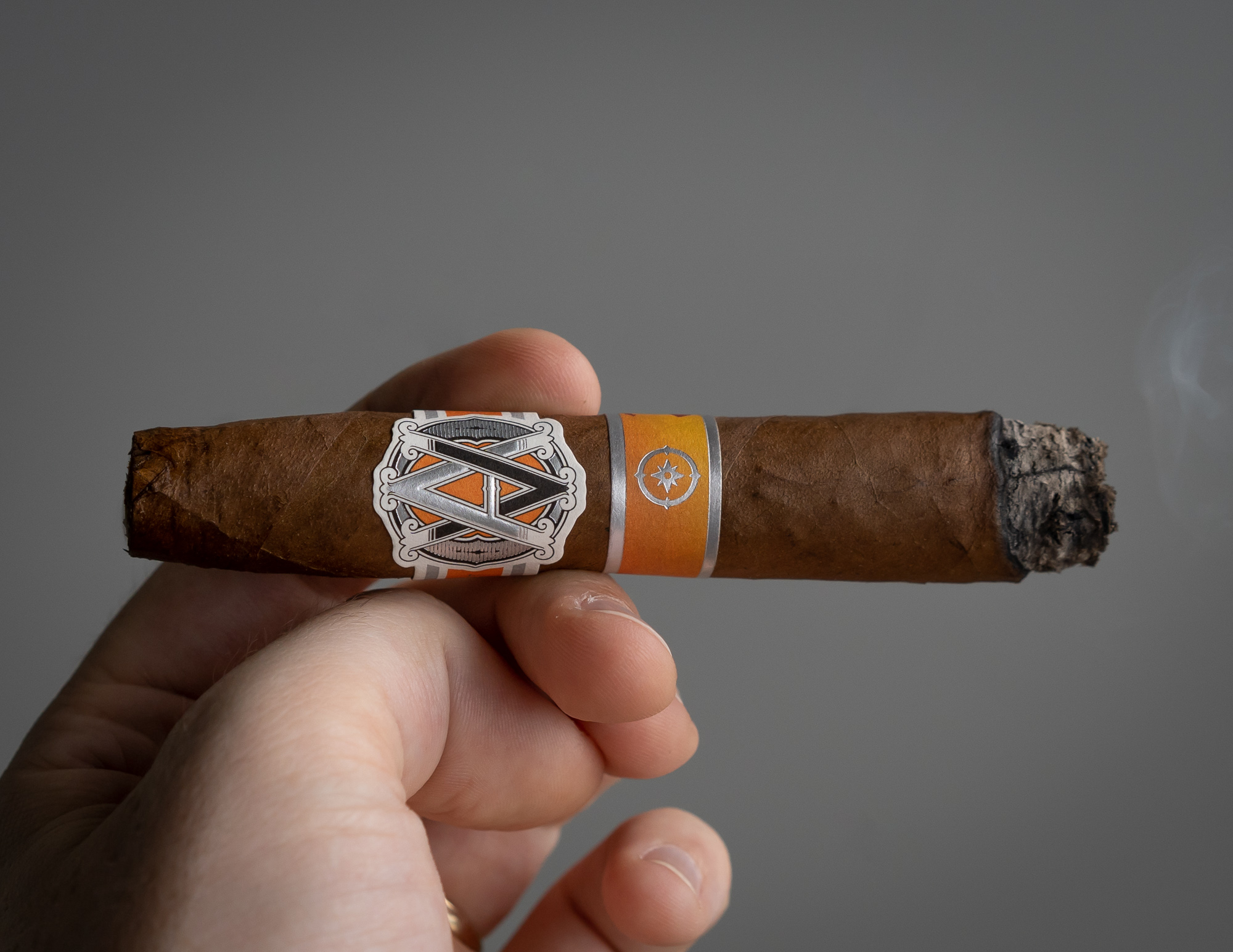 By an inch in, the spicy mustard flavor is dominant, with dry cedar and leather in the background. There’s a tiny hint of sweet creaminess at times, but otherwise the main flavor categories are bitter, spicy, and sour. Construction wise, the cigar performs decently well, with a very straight burn and good smoke production, but the cigar doesn’t seem to want to stay lit longer than a minute or so.

By the end of the first third, my overall assessment is that the AVO regional east is enjoyable but generally out of balance. The spicy mustard note dominates the other flavors, not leaving a lot of room for exploration.

In the second third, the strength settles down to about medium. The flavors are mostly the same, though some white pepper does sneak in on the retrohale which thankfully tones down a bit. Still though, lacking in balance and in complexity.

Unfortunately, there’s virtually no change to the cigar from here. Mostly out of balance, very much lacking in complexity, and overall a frustrating smoke up until the end.

Despite its elegant look and feel, the regional east is probably one of the least elegant smokes from AVO. Although it presents an interesting profile of spicy mustard, cedar and leather, the cigar rarely finds the kind of balance that would make such a profile work, instead being dominated by either mustard or dry cedar.

Save your wallet on this one and pick up any of AVO’s other 2019 releases.

Brand evangelist, digital marketer, cigar and spirits expert specializing in consumer tasting and educational events. Matthias made the long trek from his hometown of Portland, Oregon to New York City in 2007, and in nine years has hosted more than 120 events and helped promote and launch dozens of cigar and whiskey brands in the U.S. In 2016, he joined the Cigar Journal Tasting Panel, blind-reviewing pre and new release cigars.
« Tatuaje Mexican Experiment II Review» AVO Unexpected Moment Review