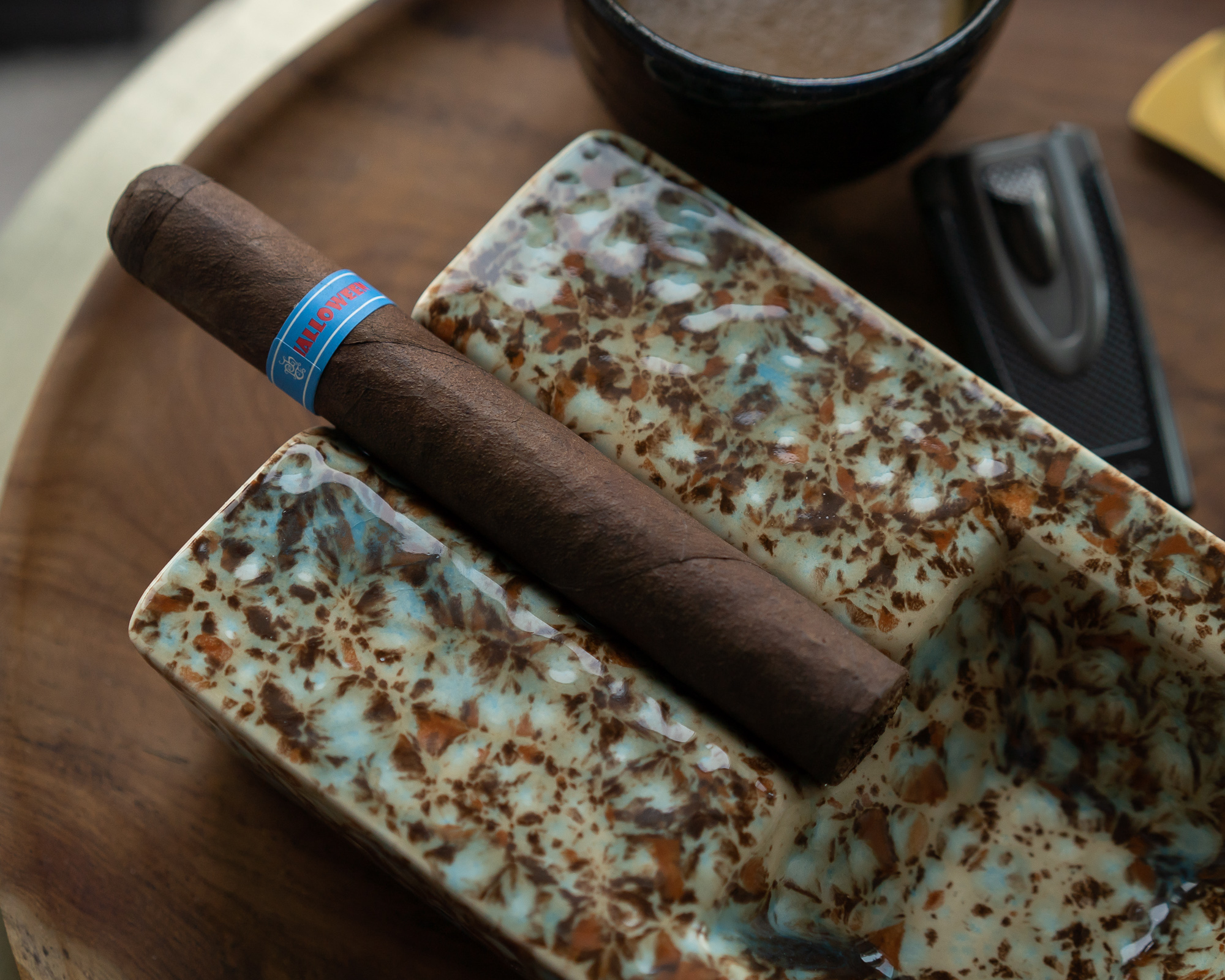 Happy Halloween everyone! Let’s review a smoke befitting the occasion: the Tatuaje “The Chuck.” If there’s one series of annual limited edition cigars that’s gained a cult following, it would have to be the Monster Series from Tatuaje. Dating all the way back to the mid 2000’s, the Monster Series showcases the imagination and craftsmanship of Pete Johnson in blends like “The Mummy, “The Krueger,” “The Michael,” and in 2019, the Chuck and the Tiff. The cigars were originally released in June 2014, though in smaller size. So 2019 gives us a longer 5 7/8 x 52 format.

There’s nothing special about the Chuck’s appearance except for the goulish blue and red band. The outer Ecuadorian Habano wrapper has intense toothiness to it with some knotted veins (this thing is starting to sound like a monster now, isn’t it?). When squeezed, the cigar has moderate give, and thankfully appears to be packed evenly the entire length of the cigar.

Taking a whiff off of the foot, I pick up sweet and savory aromas of barnyard, coffee, cooking spices (cue sneeze), and salted caramel. Once cut, the draw is surprisingly loose, about a 5.5/10 in terms of amount of restrictiveness. The impression of the cold draw on the palate is mainly spicy.

The Chuck opens with very aggressive full bodied smoke that’s got me immediately reaching for a glass of water. Flavors upfront are mainly black pepper, dry cedar and bitter leather followed by bitter sweet chocolate, minerality and the lightest touch of hickory. Yummy, but damn is it aggressive (even more so on the retrohale). So aggressive, that if my tongue was a person, The Chuck would be pulling is arms off and beating him over the head with them right now.

Construction wise, the cigar performs well, with a decently steady white ash. Smoke production though isn’t quite where it should be, at times requiring multiple puffs to produce ample smoke. 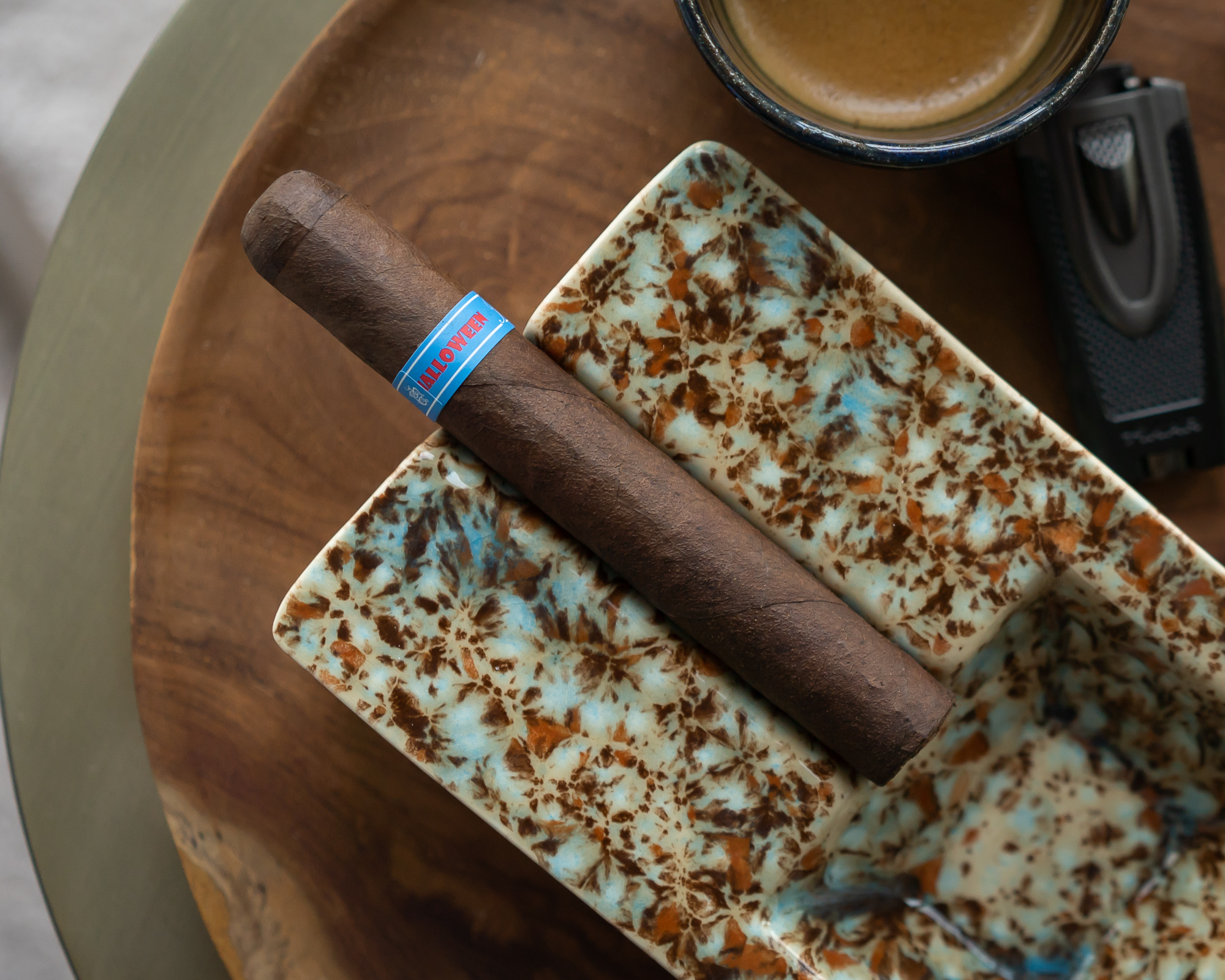 At an inch in, The Chuck is still grinding away at my palate, with heavy doses of black and cayenne pepper, black espresso and dry wood. Tangy mustard plays in the background, adding a nice touch of complexity. As the first ash drops, I take a look at the ember and find minor tunneling which is the source of the less than average smoke production. Thankfully, a few more puffs clears the hurdle and smoke production improves.

As the Chuck develops late into the first third, the retrohale finally begins to tone down to medium, though it still has copious amounts of black pepper and charred wood.

In the second third, the Chuck dishes out more black/red pepper, dry wood, mustard and bitter espresso. There’s also a charred meat note, though it is so fleeting it almost doesn’t deserve mention. The white ash continues developing nicely, and the cigar continues producing ample smoke.

There’s less to say about the final third. The strength of the smoke drops off a bit on both the palate and the retrohale. The flavors don’t change, but they do remain mostly enjoyable.

Fans of peppery profiles will love this release from Tatuaje. For myself, as much as I enjoy pepper and spice, the Chuck leans too heavily on black and red pepper to win the highest rating. That said, it is a enjoyable cigar.

Brand evangelist, digital marketer, cigar and spirits expert specializing in consumer tasting and educational events. Matthias made the long trek from his hometown of Portland, Oregon to New York City in 2007, and in nine years has hosted more than 120 events and helped promote and launch dozens of cigar and whiskey brands in the U.S. In 2016, he joined the Cigar Journal Tasting Panel, blind-reviewing pre and new release cigars.
« San Lotano Dominicano AJ & Joche Review» Rock-a-Feller Dominican Blue Review