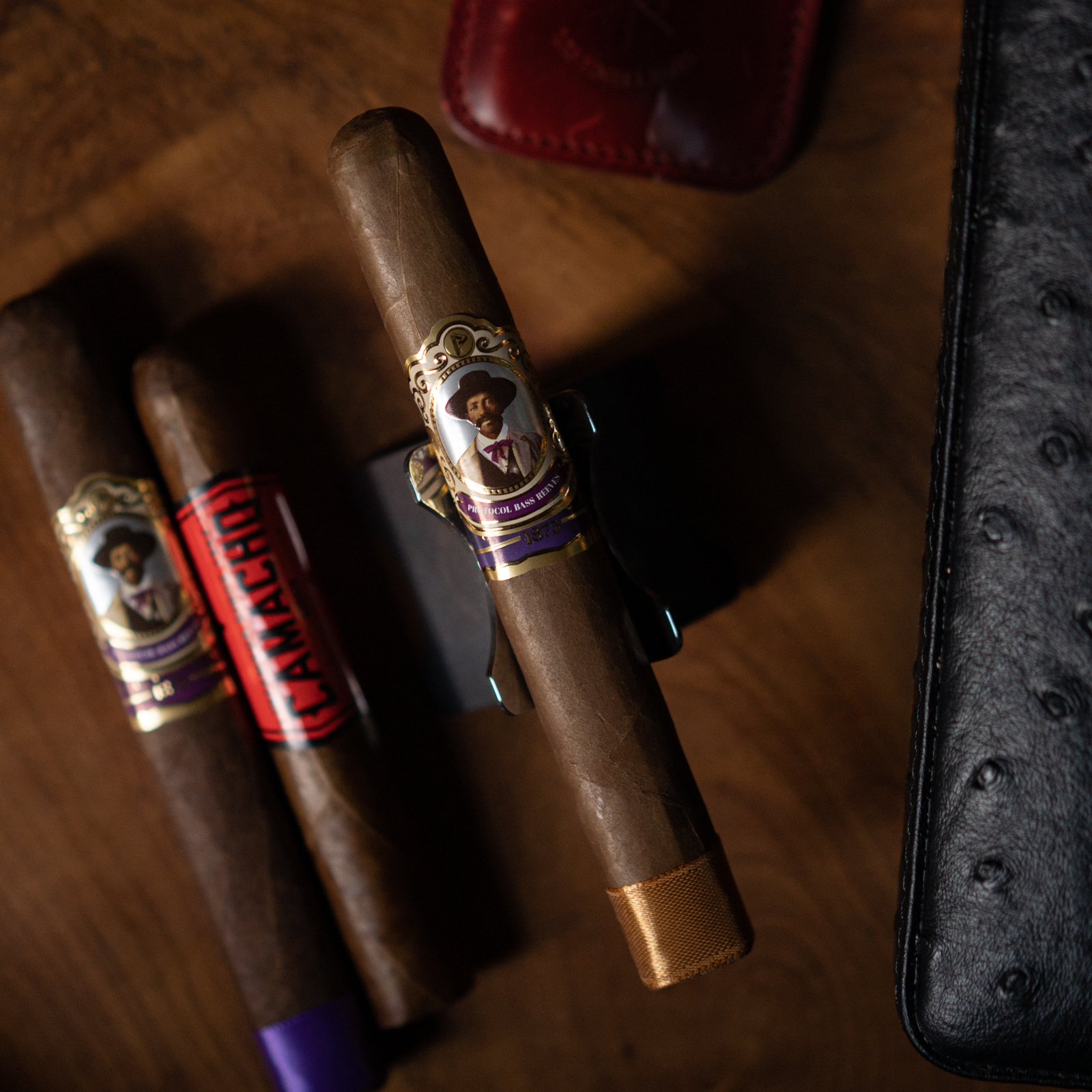 The Protocol Bass Reeves is the third installment for the Lawmen Series from Cubariqueno. Reeves, the name sake for this cigar was a figure who was often known as the inspiration for the Lone Ranger.

Reeves was born into slavery in Arkansas in 1838. It is unclear exactly how, but he was able to escape at some point during Civil War. He fled to the Indian Territory, learned their language, and lived amongst the Cherokees until 1865, freed by the Thirteenth Amendment.

Later in life, Reeves was recruited to serve as the first black deputy for the West of Mississippi River due to his familiarity with the land and knowing the Natives’ language.

“I feel it truly shows the diversity of the law enforcement community as a whole, that men and women from all races and ethnicities come together to serve the public at large,” said Juan Cancel, the co-founder of Cubariqueno, in a press conference. 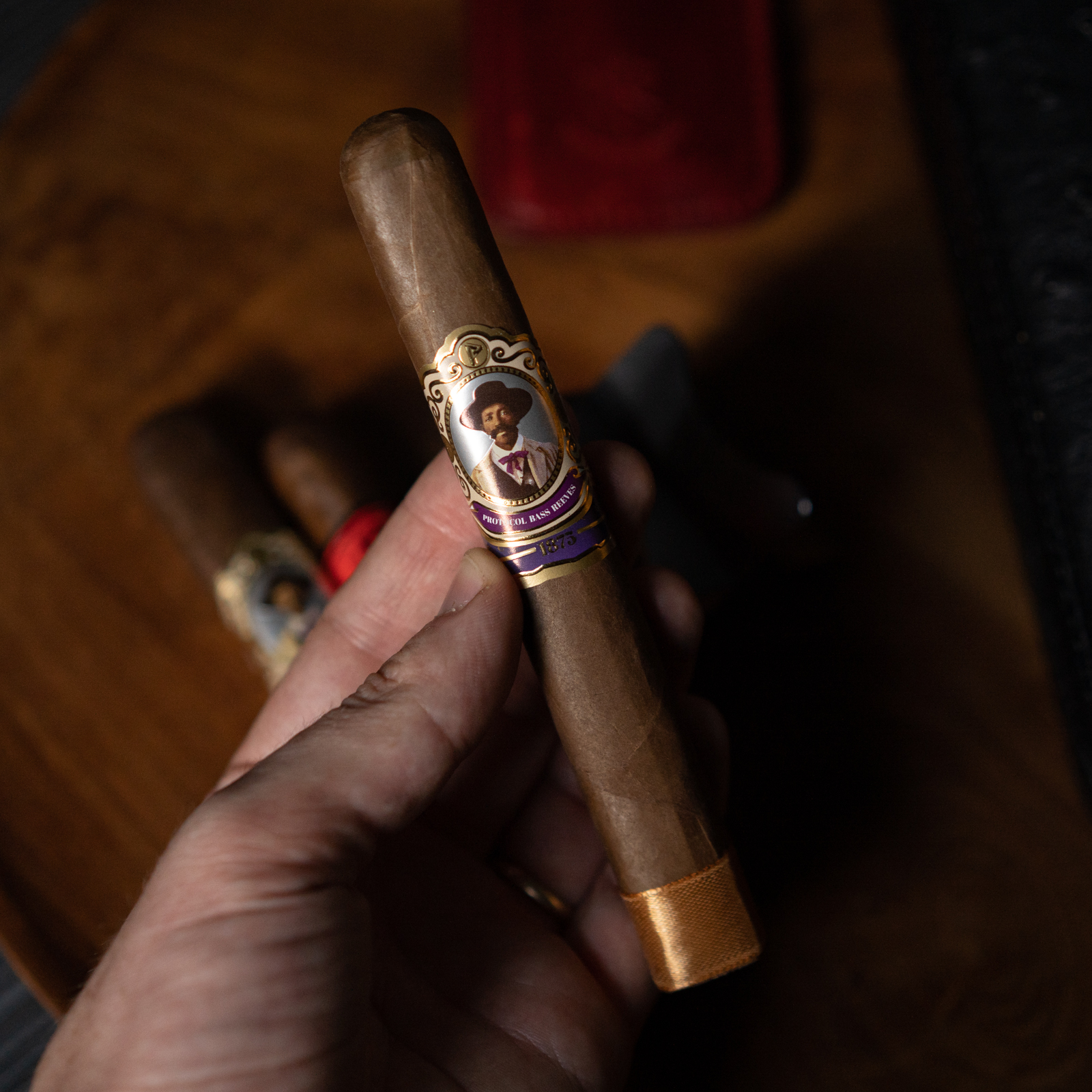 The look and feel of this cigar reminded me of a tree branch. The cigar has a soft box-press, and it is a dusty brown color. There is one visible vein running from the cap to the end of the first third. And when I study the foot of the cigar, I can distinguish different types of tobacco used for fillers.

The wrapper has a sweet, toasty, molasses scent to it. I then get vanilla and white pepper spice off the foot. After slicing off the cap, I proceed with a cold draw and got a flavor that reminded me of a damp log with some spice lingering.

As I light the cigar, a white stream of smoke spirals out from the foot, carrying a scent of freshly baked goods. The smoke is very buttery, and I got flavors of sweet chicory (earthy and nutty), star anise, cocoa nibs, and red pepper spice. The retrohale on this cigar is intense with black pepper spice, roasted coffee beans, cocoa, and oak. There is a distinguished taste of sweet and spicy vanilla flavor in the finish that reminds me of Chinese sunflower seeds.

Overall, this cigar is a little overwhelming; my mouth is drying out with each puff, the black pepper spice dominates my palate, and there is a high amount of nicotine in this cigar. Nevertheless, the construction is pretty good for this cigar. The burn line is even, the ash is holding on at the 1.5-inch mark, and the draw restrictiveness is about 7 out of 10. 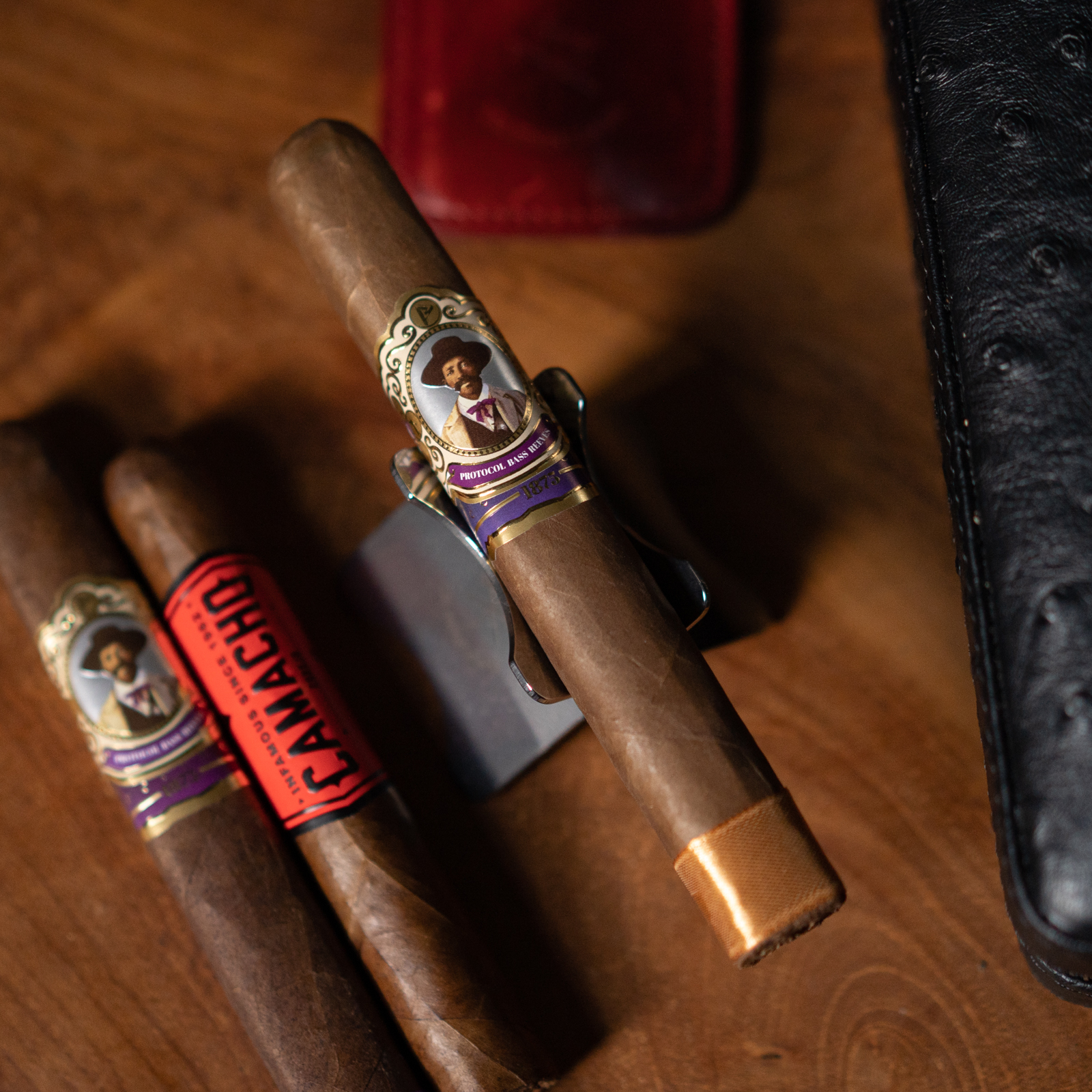 Arriving at the second third, the profile continues to build on the sweetness and spiciness with flavors of dark cocoa, chicory, smokey oak wood, and sunflower seeds. The spice is receding on the palate while keeping the sweetness in the finish. The retrohale is still pepper forward.

As I continue to smoke, there hasn’t been any change until I reach the nub. It feels like all the different flavors stop fighting against one another and becomes more cohesive. The flavor is sweet, oaky, nutty, and just enough spice to excite the palate. The spice on the retrohale has reduced, and I ended my experience with roasted nuts, vanilla, and leather.

The Protocol Bass Reeves is a cigar aimed at veteran smokers. The unique and abundant flavors of cocoa, chicory, oak wood, vanilla, and pepper spice that I got from this smoke can be interpreted as complex at first. However, it becomes very overwhelming soon after with little to no alteration to it. The two highlights of this cigar are its construction and how it ended. The construction is so good that I honestly forgot to pay attention to it since it gave me no issue visually or during the smoking experience. In addition, I wish this cigar can start the way it ended: the final few puffs I got out of the Bass Reeves Natural was a harmonious experience.