December 7, 2012 (El Dorado Hills, CA) — Art of Cigars LLC is proud to partner with former Marine Gunny Sergeant Nick “The Cigar Marine” Popaditch, author of the bestselling Once a Marine, and his publisher, Savas Beatie LLC, to create a line of hand-rolled cigars that not only taste great, but also support injured and critically ill members of the U.S. Armed Forces and their families through the Semper Fi Fund.

The “The Cigar Marine” line of cigars was released on November 10, 2012 in honor of the Marine Corps Birthday. The first two premium hand-rolled cigars released under “The Cigar Marine” line are “The Gunny” (a double-wrapped Torpedo) and “The Tanker” (a mild spiced rum Corona). Included in the line is a Cigar Caddy camo humidor signed by Gunny. The cigar line and accessories may be purchased through the Art of Cigars online store at www.ArtofCigars.com. “Art of Cigars is pleased to partner with Gunny Pop and the Savas Beatie team to develop ‘The Cigar Marine’ line of fine, hand-rolled cigars. Gunny is the definition of an American hero, and we are truly honored to participate in a project that will raise significant funds to support the amazing mission of the Injured Marine Semper Fi Fund,” said Eric Stanion, CEO of Art of Cigars.

Popaditch, who was partially blinded in combat during the First Battle of Fallujah in 2004 when he was struck in the head by an RPG, has been a strong supporter of the Semper Fi Fund. Nick’s goal is to raise a significant amount of money for the Semper Fi Fund. “I am excited to stand behind a product that allows cigar smokers to celebrate in true Marine Corps style, and even more so to support a great organization that helps so many injured Marines and their families,” said Nick “Gunny Pop” Popaditch. 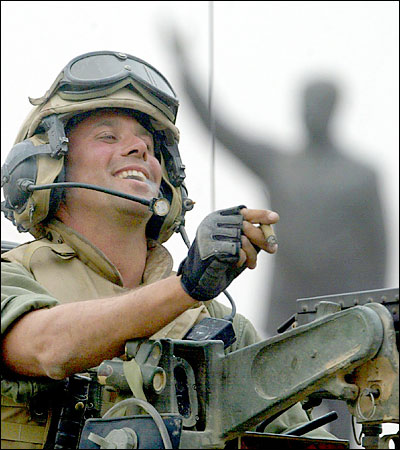