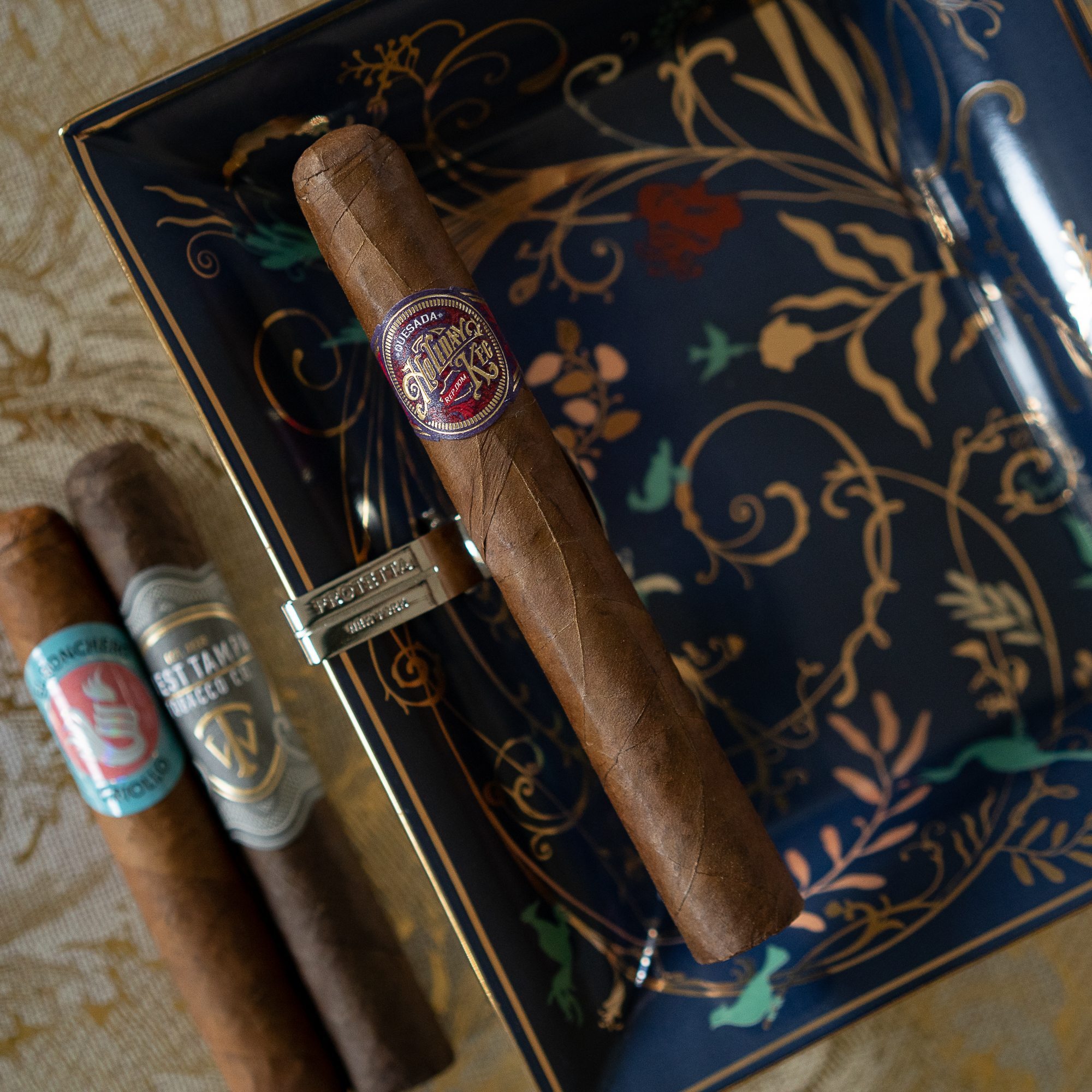 The Quesada Holiday Keg 2022 Edition is made by Quesada cigars at their Tabacos de Exportación Inc. (TABADEX) factory in the Dominican Republic. The last time the cigar was released was 5 years ago. The Quesada Holiday Keg first appeared on the scene back in 2015 as a St. Patrick’s Day release meant to pair well with a pint of stout. In 2016 they released one towards the end of December. Then in 2017, the industry saw the last release of the Holiday Keg line, again near the St. Patricks Day season.  The cigars are sold in a 10-count miniature beer barrel with only 500 kegs being made for the U.S. market. 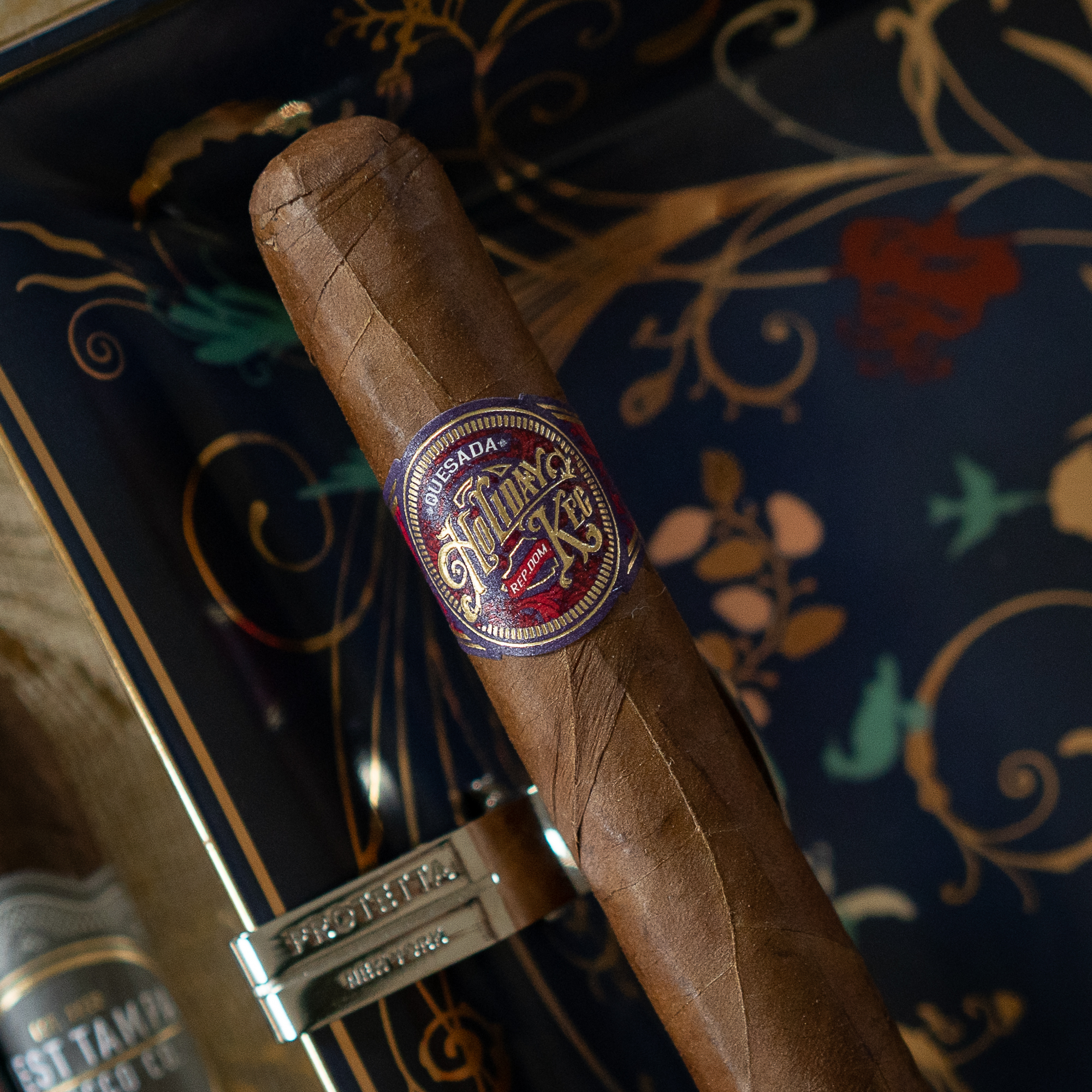 The cigar is a beautiful rustic maduro toro with lots of striation and a triple cap. It is well packed and lightweight in hand.

The cigar wrapper and foot smell faintly of straw bales. The draw has some resistance with a rich humidor cedar on the breath. Toasts and combusts without hesitation.

First puff is very light bodied.  Not much flavor.  Some cedar, spice, tang, and toast if you go searching. Leather and toast in both the aroma and retro. The draw has some resistance but doesn’t get in the way of great smoke production.  Solid ash and good heat maintenance. The cigar is light bodied so far, but very tangy with lots of cedar and leather in the mix.  Growing pepper notes hit the back of my throat to round out the smoke.  So far the cigar can also take a beating pretty well.  I feel free to puff away. 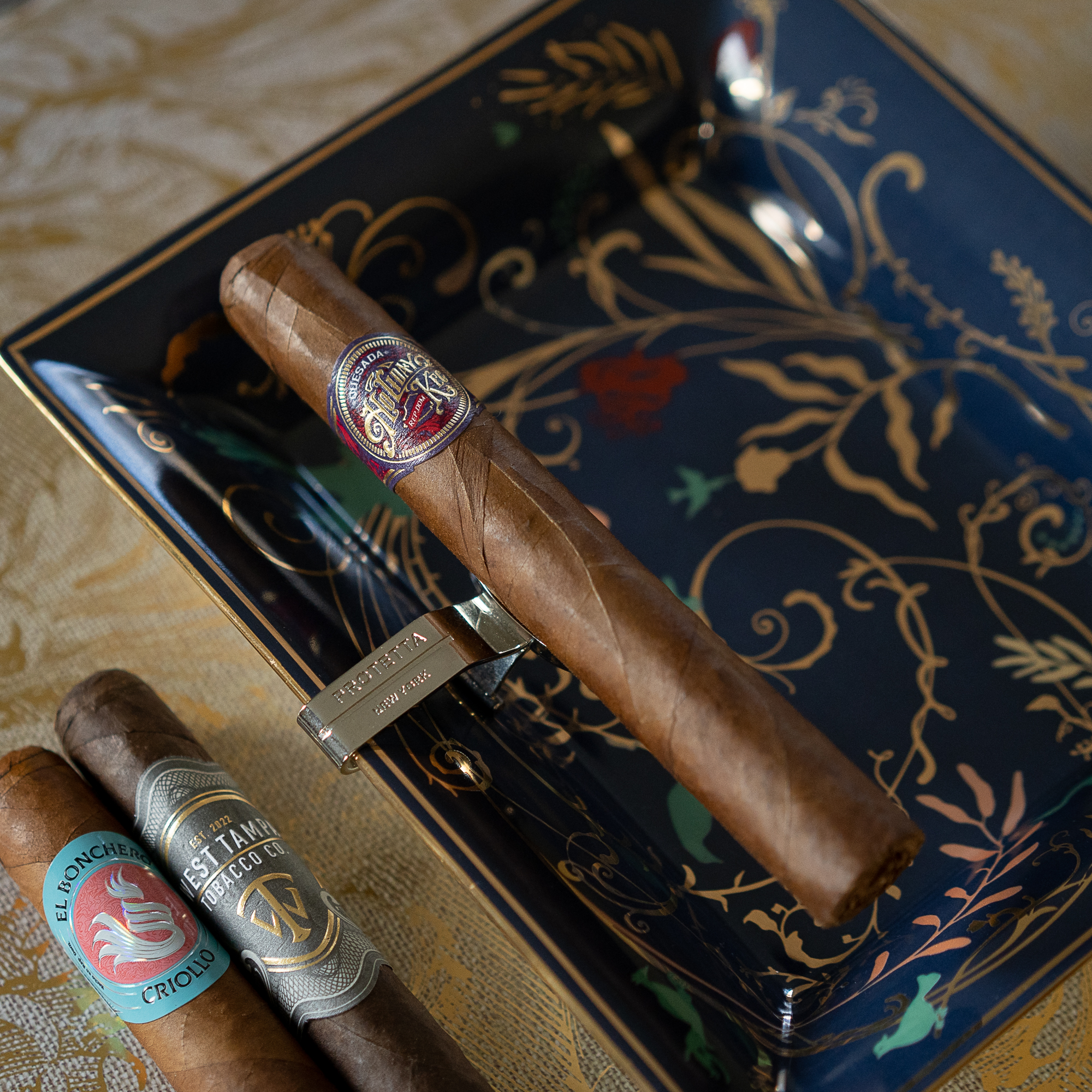 Second third opens up with a dank note and reminds me a lot of wet denim.  Don’t act like you’ve never been so drunk and lost in life that you didn’t find comfort in chewing on the sleeve of your denim jacket to the point of making it sopping wet. Heck!  I did that before I ever even had a drinking problem.  The draws resistance is becoming a pain in the ass, yet it still doesnt stifle the the smoke production.  You have to dig really deep to pull out any chocolate and/or cinnamon aftertaste. The smoke is very flavorless if you don’t put in a good effort.

Massaging the cigar helps a little as the the smoke progresses into the final third.  The smoke develops more body. I’m getting a hint of more cinnamon and cedar.  Leather aroma with a toasty retro. The cigar though is by and large flavorless.

For 20+ years, Michael has been a cigar smoker and wine drinker, and takes a lot of pride in the palate he has acquired. He feels that drinking and smoking are the two best vices a man could ever have. Michael currently passes the time as an assistant wine and cider maker for two of the biggest names in the New York natural wine scene, as well as working a few shifts at an established Westchester cigar lounge. He can most likely be found sipping on something bubbly and firing up a Nicaraguan puro after a hard days work...and sometimes on-the-job, if no one is looking. As an avid reader and writer, Michael is very appreciative of the team at Fine Tobacco NYC for the opportunity to join the blind review panel.
« Blind Review: Casa Magna Connecticut Toro» Blind Review: Peter James Los Estoico 54 Maduro