Drew Estate is at it again. Nicknamed “KFC”, the new line, going by the name “Kentucky Fire Cured” features a wrapper of Kentucky Fired Cured tobacco.  I don’t have an inkling of what this means with respect to taste besides spice/full flavor, but with all of the incredible releases from Drew Estate in the past couple of years, fans should be excited to find out.

Near the bottom of the release below, you’ll see that Jonathan Drew mentions a mystery country where Drew Estate tobacco is now being produced. For what it’s worth, my bet is Egypt, or possibly the Philippines  (if I’m right, I’ll put up a complete post explaining).

The official release is below. 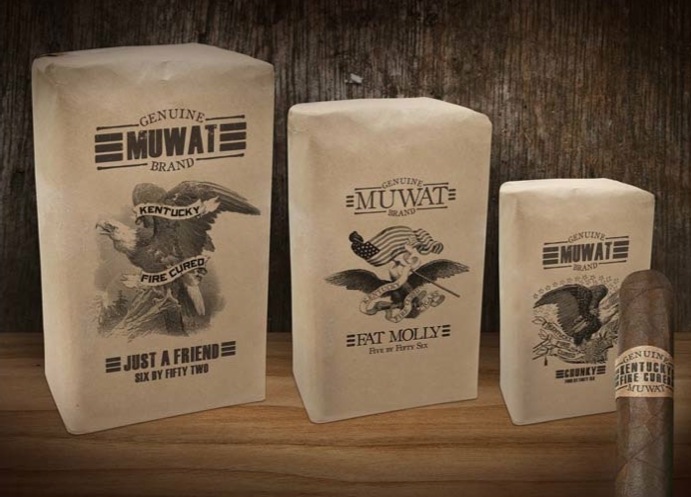 April 2, 2013 (Miami, Fla.) — Drew Estate Inc. announced today the impending release of Kentucky Fire Cured Cigars, an extension to the MUWAT brand also to be produced at the Joya de Nicaragua factory. In development for over 2.5 years, this extension to the popular MUWAT line of premium cigars was inspired during a trip to the Dominican Republic where Jonathan Drew and Steve Saka were visiting the Universal Leaf tobacco pre-industry facility.

“I remember it as if it were yesterday” states JD. “Fritz Bossert (President of Universal Leaf), Steve Saka and I were smoking Liga Privada T52’s in the fermentation area when I noticed a pilon of Kentucky Fired Cured tobacco. We took the wrapper off the T52 and placed a thick Kentucky Fire Cured leaf in its place. The taste and aroma were simply amazing, but there was just one huge problem – the cigar would not burn properly, and is one of the reasons of the lengthy process it took to get ‘KFC’ to market.”

Nicholas Melillo, Executive Vice President of International Operations, was tasked with working on a solution to the burn issue in conjunction with Fritz Bossert, experimenting with using the fire cured leaf in the wrapper leaf position as well as using limited amounts as part of the filler.

Six months later we were already producing blends and sharing samples with good friends throughout the cigar industry, while keeping the project completely quiet.

“In February 2011 we had the pleasure of smoking some of these early samples on the Corona Cigar Co.’s Cigar Safari tour,” says Jeff Borysiewicz founder & owner of Corona Cigar Co. ”My group really enjoyed the aroma and flavor profile and kept asking JD when this product would be ready to market. He kept me waiting until December 2012, when we smoked more KFC samples at my lake house during the Christmas holiday. They’ve really come a long way and we look forward to the release.”

“The My Uzi Weighs A Ton brand was the first true collaboration between Drew Estate and Joya de Nicaragua,” says Michael Cellucci, President of Drew Estate.

“The Fact that JD wanted to bring the ”MUWAT” franchise under the flag of Subculture Studios is a reflection of his love of working with other talented cigar makers. Subculture Studios is more than just a graffiti factory in Nicaragua, it is a ‘mental space’ that JD and Jessi Flores have cultivated throughout the years and reveals innovation, raw talent and creativity that you find throughout all of Drew Estate at every level.”

There is a lot we have experimented with and all shall be revealed in short order, but for now here is a little quote from Nicholas Melillo, the King of Broadleaf, “First off, Kentucky Fire Cured is from a stalk-cut tobacco. The initial firing of KFC is done at low heat between 100 F to 115 F degrees and maintained until the color reaches solid brown. Once color is set temperatures increase to 120F- 130F to completely cure down the midrib of the leaf and darken. Once the midrib is dried the temperature will be reduced and the smoke maximized with saw dust to finish the leaf. When KFC hits your olfactory nerve you know it! “

MUWAT Kentucky Fire Cured will be Available in three sizes:

“Kentucky Fire Cured is not something new to the world of tobacco, as it has been grown for over 200 years. Easily compared to the smokey taste attributed to a “peaty scotch”, the KFC picks up nuances of the roasted hickory, oak or maple wood that makes you say ‘Damn, that’s tasty,’” expels Jonathan Drew.

“In addition to the fire cured tobaccos of Kentucky and Dark Fire Cured of Virginia, we are finishing the two year project of our fire cured tobaccos from another country which DE will not disclose until a time closer to the actual release of the brand. I’ll just say this: they don’t speak English, Italian or Spanish in this region of the world.”

Our third edition of Sunday Cigar Shots via the #FineTobaccoNYC Instagram hashtag is below. As you can tell, this edition was somehow swept entirely by Drew Estate cigars. Should we be surprised? Anyway, during the contest, users submit their creative photos to the hashtag (you can view the photos here), and three or four are chosen as the top shots all around. Below those are listed some other shots – some from me and my smoky adventures, some from other users who had good shots but weren’t selected. 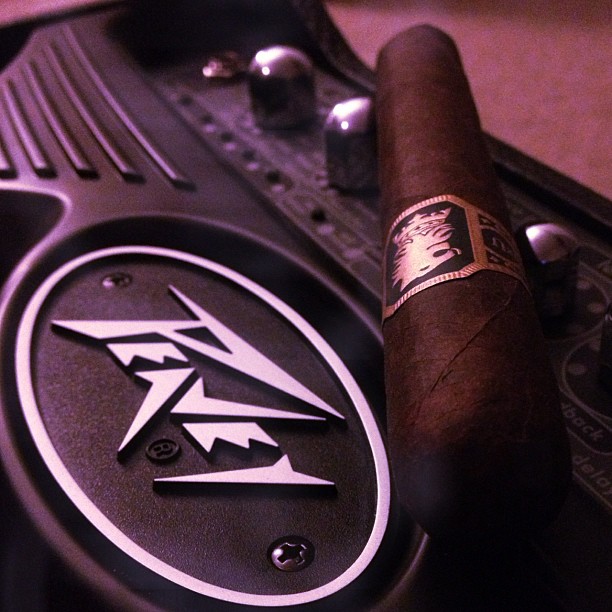 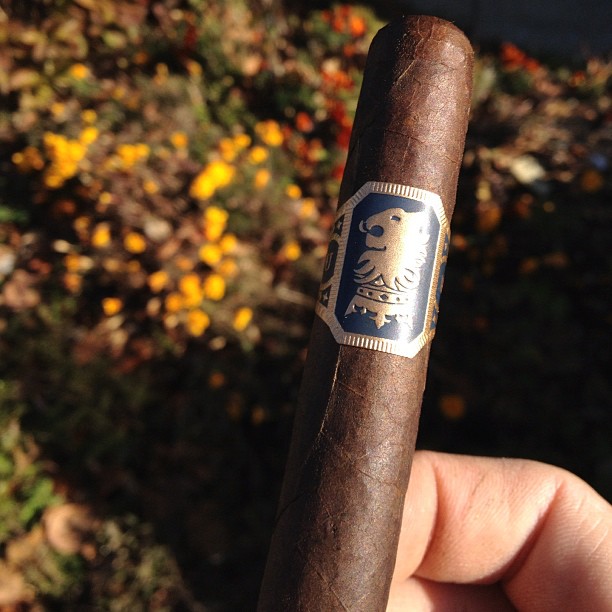 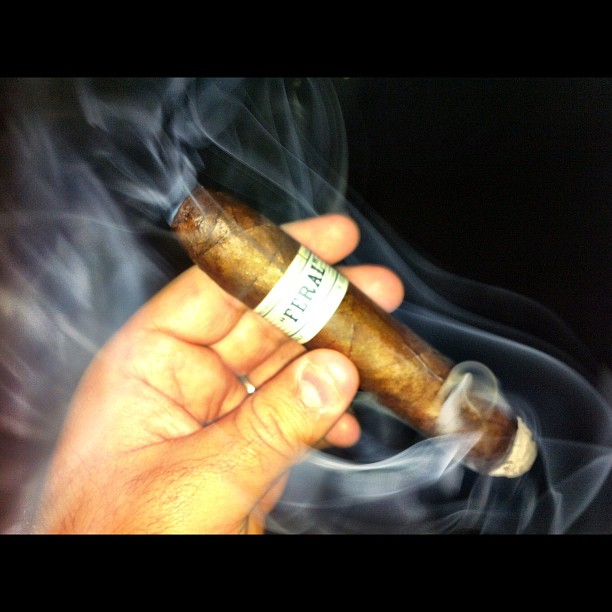 And now a gallery (click to enlarge) of all the top submissions this week. If you want to rank in the top three, make your pictures sharp and creative!