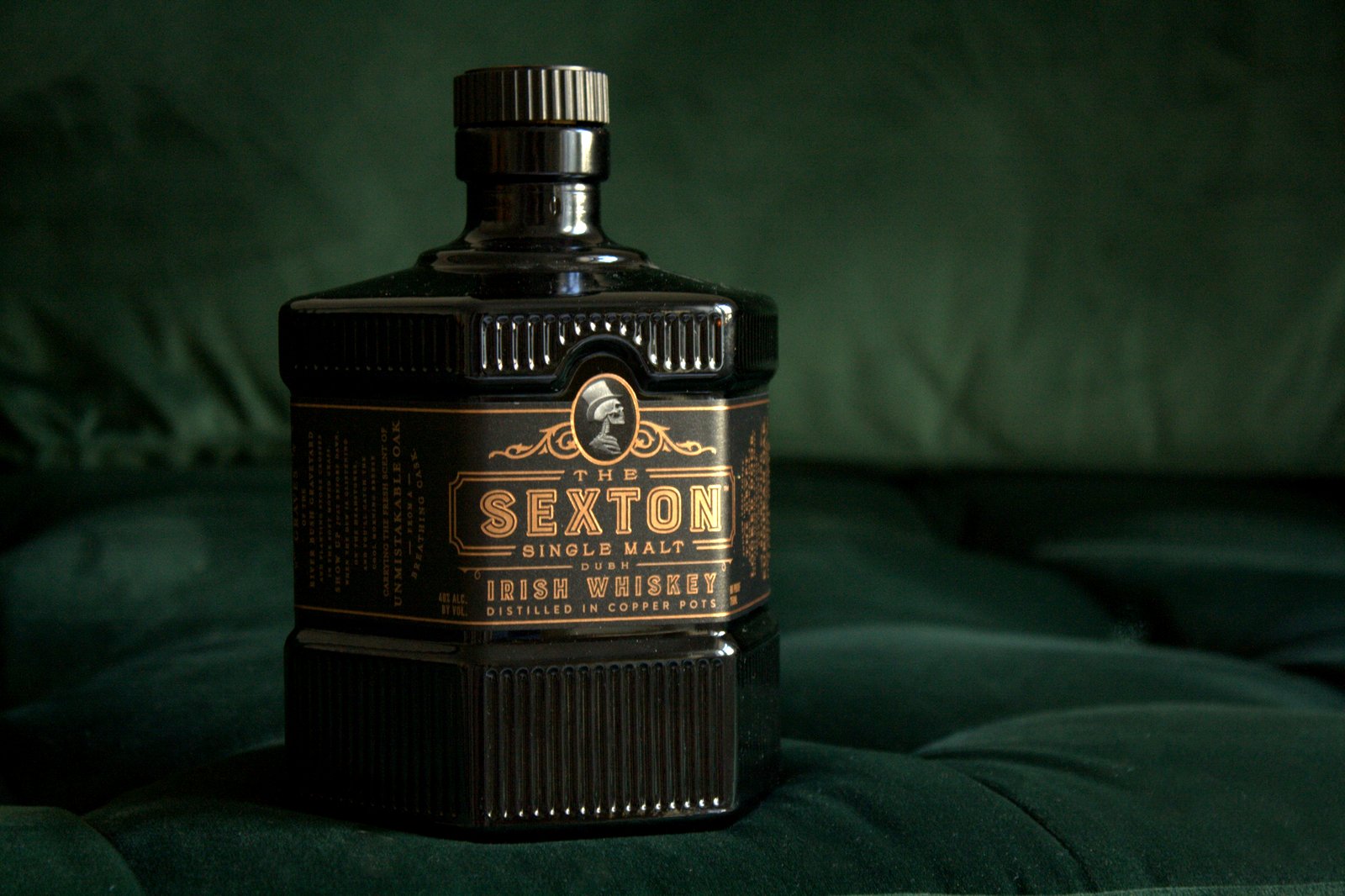 A few months ago, I saw some media announcements about the release of The Sexton Single Malt Irish Whiskey from Proximo Spirits. My guess is, you’re probably interested in reading about The Sexton for the same reason I was interested in trying it: it has a really, really cool bottle design.

That probably sounds pretty shallow, and I’ll admit it is. But branding and aesthetics are important. Unfortunately, as you’ll read below, more important than style is function, and this bottle doesn’t function the way a bottle should.

For a little background on the spirit, here’s what a PR representative of the company told me about The Sexton:

The Sexton Single Malt draws inspiration from the long tradition of whiskey making on the North Coast of Ireland. Made from 100% Irish malted barley, triple distilled for smoothness in copper pot stills and consciously aged for four years in Oloroso Sherry butts to achieve a depth of flavor from the wine-imbued barrel. The Sexton is unexpected for a young single malt offering a perfect balance of rich, dried fruits and subtle oak notes, with a smooth finish that leaves you wanting more.

Crafted by Master Blender Alex Thomas, one of Ireland’s few female whiskey blenders, The Sexton represents the changing face of Ireland, capturing the romance and provenance of the past and the optimism and creativity of the future.

As mentioned before, Sexton Irish Whiskey is packaged in a really beautiful bottle, which includes some fun marketing language on the side. I’ve got to say though, pouring this whiskey is a HUGE pain in the ass. Because of how squat and square the bottle is, the liquid pours out all over the side of the bottle immediately when it is tipped even a little bit.  This will annoy the consumer, and most importantly will annoy any bartender. The management of Proximo Spirits should seriously consider changing the packaging of this whiskey.

Part of me wonders if the packaging was developed by a designer without the help of a product developer who would have known to ask a basic question like “can it be tipped enough to pour without first spilling down the bottle constantly?” That isn’t a question I’ll ever get an answer to

The whiskey itself is golden orange.

The nose is pleasant with lots of mixed fruits, some of that sherry influence, and toffee.

A fairly mild whiskey, but with a decent amount of ethanol burn. The sherry finishing is immediately apparent. Tasting notes include citrus fruits, spices, and touches of chocolate.

The finish is moderate in length with notes of fruit and sweet maltiness.

The Sexton Irish Whiskey is a decent whiskey. But, at $25/bottle, it has a lot of solid competition (Black Bottle Whisky comes to mind here).

It’s main advantage is its beautiful – if seriously compromised – bottle, which makes for a great look on any bar shelf. 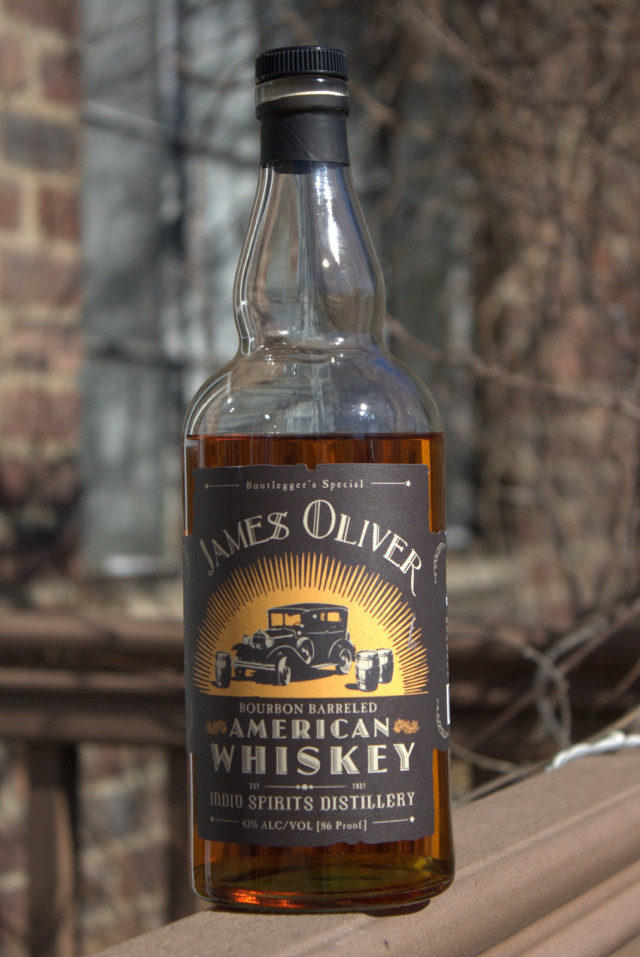 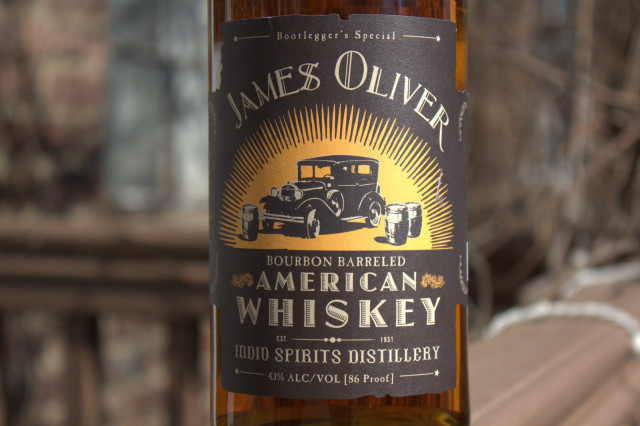 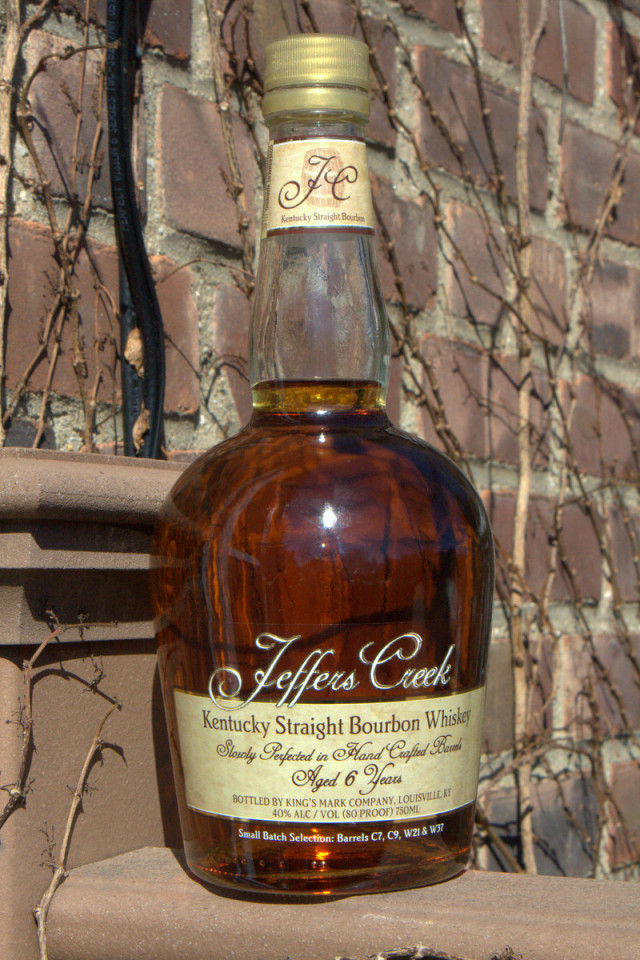 I came across Jeffers Creek whiskey after I saw it on sale at Gary’s Wine and Marketplace on Route 23 in NJ for $20. I had stayed away from it the last time I visited because it looked clearly like a cheap knockoff of Old Weller Antique wheat whiskey, but I noticed it had a Gary’s “recommendation” this time around so I figured I’d give it a shot.

So let’s get on to the review. 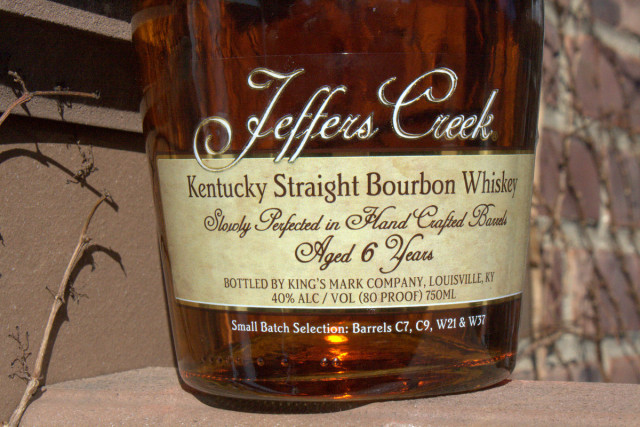 Well let’s start with the obvious: the bottle design is an exact ripoff of Old Weller wheat whiskey. The typeface, label design, shape of the bottle, and even how the top label is centered are all exactly the same.  I wouldn’t be incredibly surprised by this if Jeffers Creek was owned by the same company, but nope: different companies (Weller is Buffalo Trace). Wish I could tell you what the rational here is, but I can’t — if you can, please do drop in the comments (UPDATE: Thanks Mark for the heads up – this whiskey is indeed produced by the same company as Weller as identified by the UPC code!).

The color of the whiskey itself is a yellow tinged amber. When I pour the first drops and move it around in my glass, I’m surprised at how the liquid clings to the walls — syrupy, similar to something like a Makers.

Lots going on in the nose, but the first thing you notice is the burn that stings if you breath in a little too deeply. Hiding behind the intense fumes is oak and caramel.

Much like the nose, the first thing you’re likely to get with Jeffers Creek is a bit of gasoline. Behind it there are some pleasant notes of caramel, oak, and corn. After that, we get into more trouble when we get to the…

Long, sweet, and more than a little burn.

This is no Weller. But this also isn’t an awful whiskey. Sure for $20, I’d easily take an Evan Williams 1783 instead. But this isn’t some watered-down distillery backwash either.  If you’re feeling conflicted about buying it, toss a coin, or save yourself the $$ and bump your price-range up by $20 the next time you shop for a bottle. 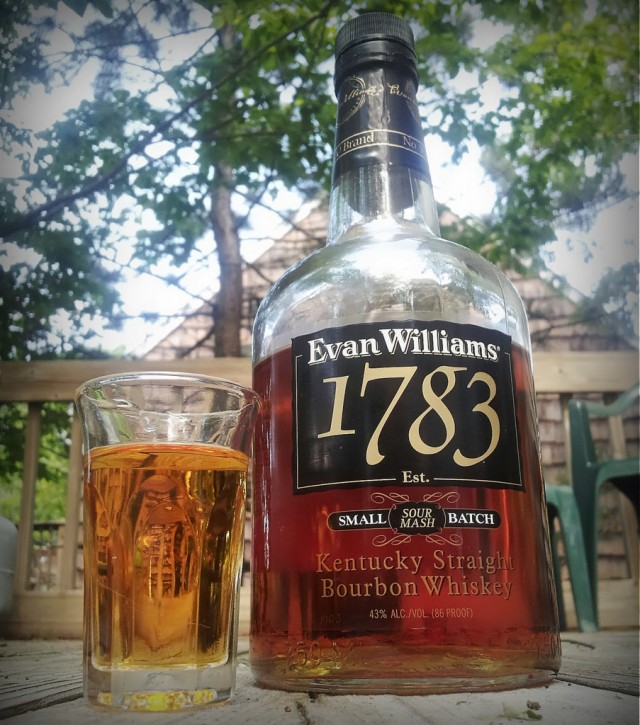 Up for review today is the Evan Williams 1783 Small Batch bourbon. My liquor travels so far have taken me far and wide in the bourbon world, and this gem is so reasonably priced and enjoyable that I’ve found myself buying bottle after bottle.  This bourbon is aged 10 years, and is named after the year that Mr. Evan Williams began distilling for the first time. It’s a whiskey that is viewed by some bourbon enthusiasts (including me) to be one of the best value whiskies out there. Others absolutely hate it, which honestly for the life of me I can’t understand, particularly because I’m no fan of the company’s standard Black Label and Bottled in Bond whiskies.

Appearance: Evan Williams 1783 comes presented in a rather humble bottle. Standard shape and a plastic label. So, not many points scored here and the branding could use a bit of an update. But honestly, I’m not expecting too much from any bottle of whiskey sold for $15. In the glass, the whiskey is pale gold.

Nose: Strong smell immediately on opening the bottle. After pouring a bit into the glass, scents include rye, vanilla, lots of oak, and muted alcohol.

Taste: Light caramel, rye, some citrus note, and oak. Here’s where I think EW 1783 really shines. It has virtually none of the drawbacks that many other cheap whiskies have. It doesn’t taste flat out watered down like Jim Beam White Label. It isn’t harsh on the palate. And it doesn’t have that not-so-wonderful circus peanut/floor cleaner mix on the finish that a lesser-aged, rushed whiskey has. If I had to make a criticism of EW 1783 with respect to the palate, I’d say it could be a touch over-oaked. But on this whiskey I find the additional age produces a strong oak note that really rounds out this whiskey and gives it a maturity that isn’t reflective of its price.

Finish: A long but light finish with caramel, vanilla, and citrus (some reviewers specify orange).

Conclusion: For just $15 per bottle, the Evan Williams 1783 is (to me) a mind blowing value. I wouldn’t recommend this as a mixer. Drink this bourbon neat or on the rocks, adding a few drops of water as you see fit to release additional flavors.