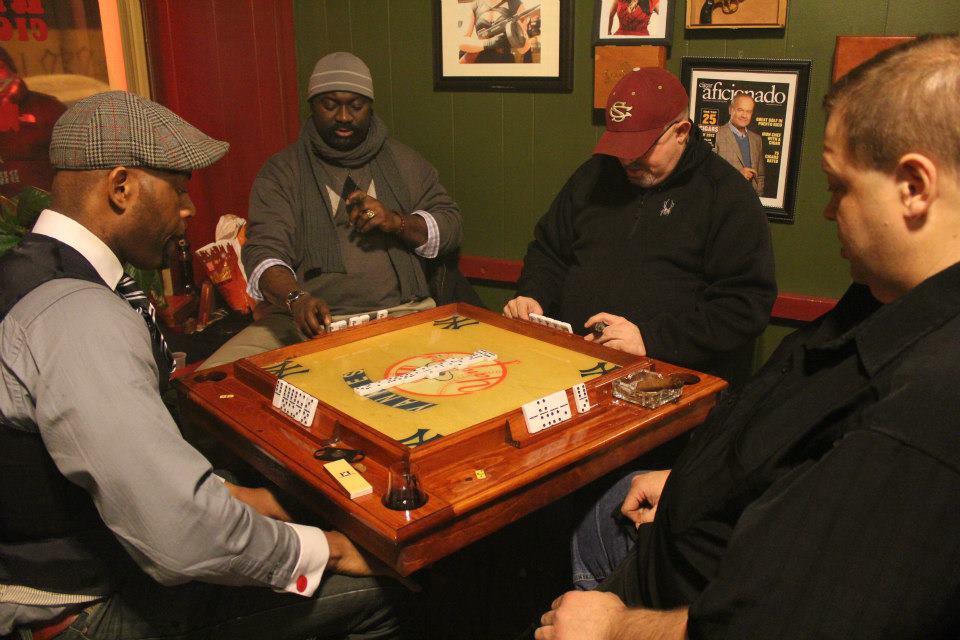 Hello smoke fans! Big Ronnie is back and today, we’re talking about herfs. What’s a herf? Good question. While performing my normal Google-research for this post, I was unable to find any real, legitimate sources online who actually acknowledge this term.

The best I could find was from urbandictionary.com, their #1 definition:

“A herf is a gathering of BOTL and SOTL to relax, unwind and smoke premium cigars. You won’t find any drug store cigars at a herf!

A herf can be as simple as two BOTL getting together for a smoke after work or it can be a full blowout with music, food, games, etc.

The main theme of any herf is relaxation and camaraderie, everything else is secondary – even the cigars.”=

I don’t LOVE that definition. Considering that I don’t see Merriam-Webster, or American Heritage adding it to their annual new words lists, I think I’ll attempt to rewrite it for our readers.

A herf is a gathering, party, occasion, get together, etc. where cigars are enjoyed. A herf can be mobile, and has no other rules.

I myself have herf’ed (past tense) on golf courses or backyard BBQ’s & birthday parties where a few guys steal away and enjoy a smoke. I’ve even been part of an impromptu herf at my crazy Cousin Al’s wedding.

Herfs (plural) are a good time because they involve cigars and cigar enthusiasts. Some herfing (adjective) happens without much planning, while other herfs are large, ritualistic annual events like Cigar Aficionado’s Big Smoke NYC, which was held on 11/29/12.

Whatever you choose to call a herf, make sure you fill it with friends, good times and premium hand rolled cigars. FineTobaccoNYC hosts herfs all the time – here are a few photos:

EVENT CALENDAR
Our event calendar here at FineTobaccoNYC is the most comprehensive in the New York area.

UPDATE: A fellow BOTL forwarded me his post from ’09 about defining the term Herf. Take a look here

Smoking locations are on the decline in most western countries. Public smoking is now criminal in many U.S. states, and the FDA is now considering even more involvement in how and where smokers can get cigars. Don’t even get started with Canada, with its regulations and sometimes more importantly its freezing weather.

The popularity of private cigar smoking is increasing – more are willing to smoke in their apartments or homes (given the right ventilation), since they often cannot smoke in parks, beaches, and other public spaces.  It has also led to a rise in social cigar events at home.
How can those without public places to smoke have better smoking experiences? A handful of Canadian readers here have asked what to do since smoking is near impossible to do indoors, and outdoors is cold. So here are a few suggestions for having good HERFs at home.
Those considerations are important for anyone wanting to host some cigar smokers for some relaxation. But what about the smokers in locations where social smoking isn’t allowed? Other readers have actually commented that they don’t have anywhere to smoke with others. That has meant they’ve had to get creative. Some have held hangouts on Google+, others through Social Cigar. And there are many other options, including anything from sharing photos on Instagram to playing party bingo online.
What do you do while hanging out and smoking with friends? If you have a unique suggestion or idea, drop it in the comments section below, or tweet us @finetobacconyc.
July 1, 2011
Event Recap cigar event, finetobacconyc, FTNYC, HERF

On Saturday, June 18th, cigar smokers from around the city came out for the FineTobaccoNYC Financial District HERF, sponsored by Antonio Lem and Reinado Cigars. The event ran most of the day, from 3pm in the afternoon to 11pm at night. We had to reschedule from Friday because of stormy weather, and am I glad that we did! The weather on Saturday was a gorgeous 80 degrees with just enough clouds and a slight breeze. The view from 350 feet was spectacular, and the smoking was great. You can find all of the pictures on our Facebook page.

The crowd was a great mix, so everyone who came made new friends and smoked with old ones. Kevin Bristow and others from New York G&S showed up as well. Take a second and check them out on Social Cigar!

FTNYC members brought their best sticks, and Dave Alicea blessed future FTNYC events with a beautiful porcelain San Cristobal ash tray. I could tell the event was fully underway when we had to empty the ash trays three times to accommodate all of the ash! Throughout the day there were at least 25 FTNYC members that showed up to the free event.

Antonio Lem from Reinado also showcased his uniquely fermented Nicaraguan puro cigars. When you get a chance, head over to his website and pick a few up. His cigars have gotten great reviews, and after smoking a few (including the one I’m smoking now), I can say that they live up to the reviews.

Until the next event (this Friday!), long ashes and happy smoking!