As previously reported on FineTobaccoNYC.com, Davidoff of Geneva marked the 10th Anniversary of their “Zino Platinum” line with an event at their U.S. flagship store, Davidoff Madison Ave. 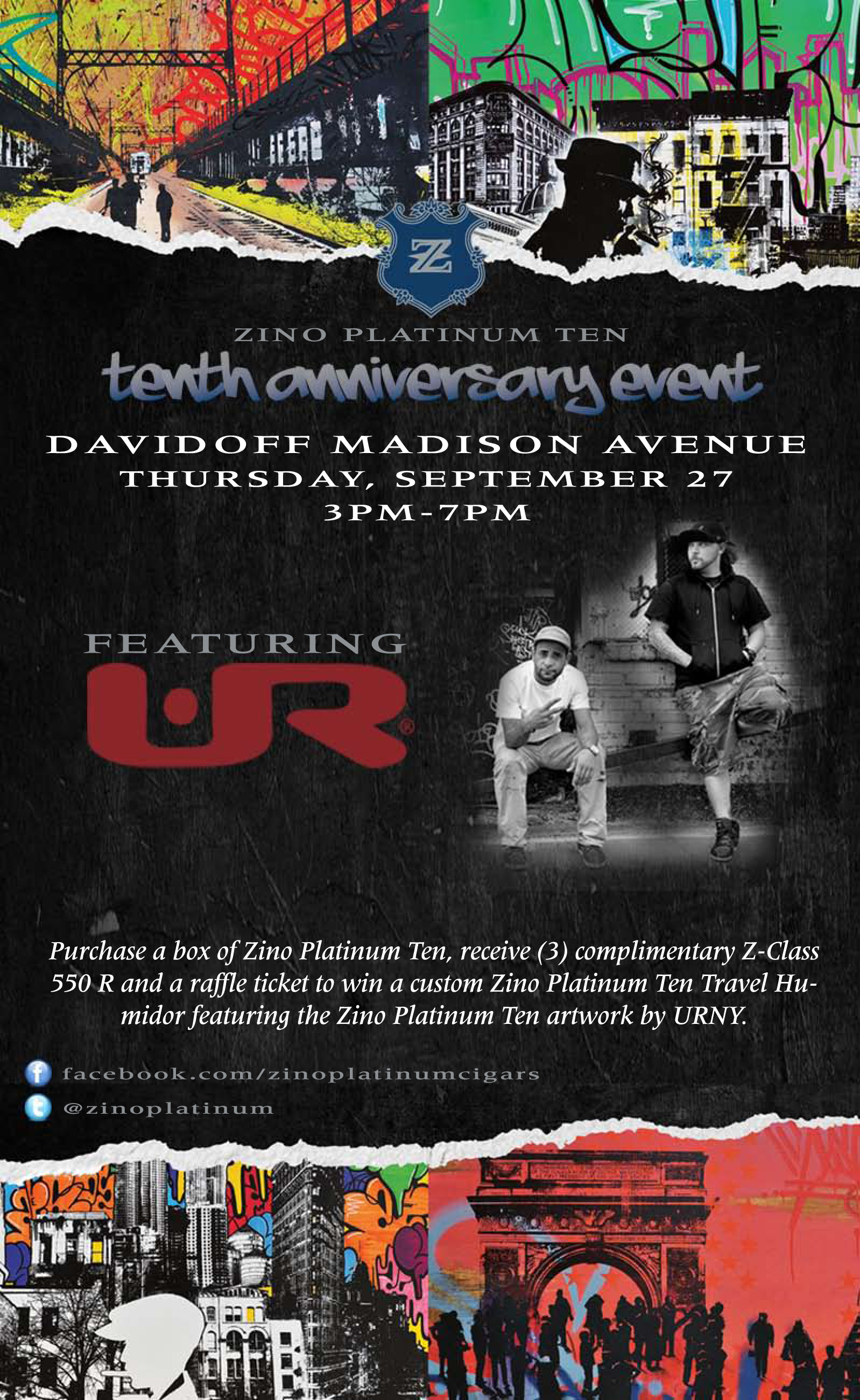 As a FineTobaccoNYC.com Contributing Editor and CRA Ambassador, I was happy to attend the event and see my friends Louis and Chris (among others) at the Madison Ave. shop.

For the tenth anniversary, we commissioned URNY, a local Brooklyn artist to create some artwork that expresses the spirit and attitude of the Zino line. Guest met the artist as they were at the shop creating their great artwork and also signing giveaways and boxes for those who purchased a box of these great smokes. This new blend of cigar is a spectacular medium bodied smoke in a Toro format.

Fernando & Mike of UR New York

It was a very nice catered event with a complimentary Chivas Blended Scotch Whisky bar. A great evening at our Madison Avenue Lounge.

Davidoff Madison Ave. is having a special event this Thursday that you probably don’t want to miss. As per our announcement a few weeks ago, the Zino Platinum Ten Year Anniversary was celebrated (in part) with some new, artistically inspired boxes. Well, now is your chance to experience the artistic side of tobacco, and try one of Davidoff’s newest cigars.

We should have an FTNYC representative on the scene reporting, so we’ll get back to you with some photos and a recap of the event.